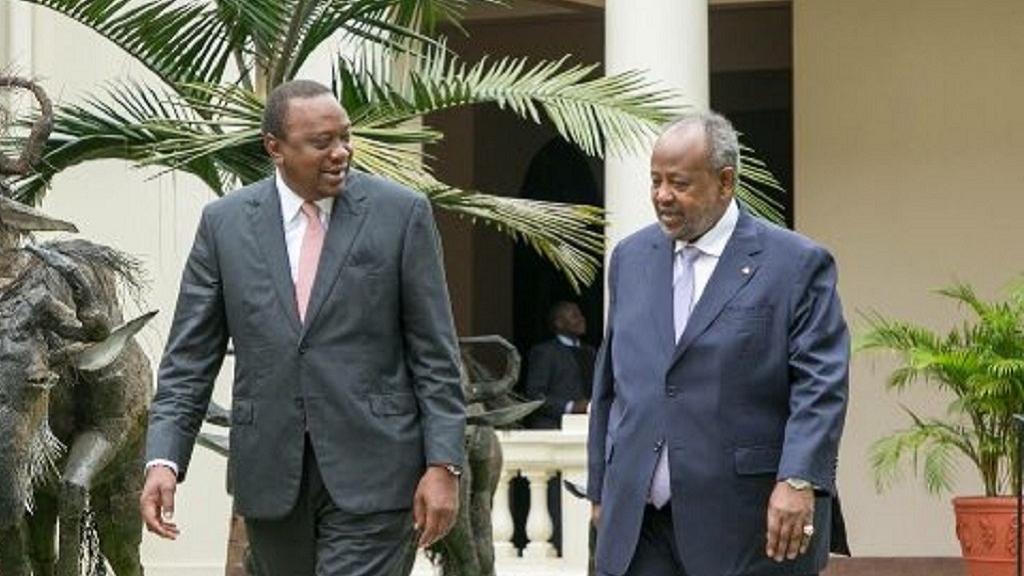 Kenya defeated Djibouti on Thursday for an African seat on the U.N. Security Council in a second round of voting held under dramatically different procedures because of the COVID-19 pandemic.

In the first round of voting on Wednesday, neither country received the required two-thirds majority in the 193-member U.N. General Assembly. In Thursday’s second round, where a two-thirds majority of 128 votes was required, Kenya received 129 votes and Djibouti received 62 votes.

Kenya, which was endorsed by the African Union, will now join Norway, Ireland, India and Mexico, which were elected Wednesday as non-permanent members of the Security Council for two-year terms starting Jan.1.

In previous years, ambassadors from all U.N. member states had gathered in its vast General Assembly chamber to vote by secret ballot, but the COVID-19 pandemic forced the world body to adopt new rules. To avoid a large gathering and ensure social distancing, ambassadors wearing masks were given time slots for voting and spread out in the chamber to mark their ballots.

Because of the council’s mandate to ensure international peace and security and its powers including authorizing war and imposing sanctions, winning a seat is considered a pinnacle of achievement for many countries.

It gives them a strong voice on issues of international peace and security ranging from conflicts in Syria, Yemen, Libya, Africa and Ukraine to the nuclear threat posed by North Korea and Iran, and attacks by extremist groups such as the Islamic State and al-Qaeda.

The number of women on the council will double from two currently — U.S. Ambassador Kelly Craft and St. Vincent and the Grenadines’ Rhonda King — to four when Norway’s Mona Juul and Ireland’s Geraldine Byrne Nason join in January.

Kenya and Djibouti will later today know which of them will take Africa’s non-permanent seat on the United Nations Security Council, UNSC. A run-off vote became necessary after an inconclusive first round of voting on Wednesday.

The United Nations General Assembly voted to decide who occupies the seat on the UNSC for the next two years. The winner replaces South Africa which finished its tenure this year. Kenya received 113 votes against Djibouti’s 78.

Today’s run-off is because none of the two managed to achieve the required two-thirds majority required to win. This is despite Kenya being the African Union’s official candidate.

Regional votes were split between the two competing nations with Ethiopia, Sudan and Somalia siding with Djibouti whiles Eritrea voted for Kenya.

A researcher and Horn of Africa region expert, summed up the episode in a tweet. “The story of how tiny Djibouti outflanked Kenya, a regional power, to obtain 78 votes for the UNSC seat is fascinating. This evening the race will be even tighter, considering some states may not vote Djbouti’s big strategic strength it cut bilateral deals much earlier than Kenya,” Rashid Abdi said.

He weighed in on the Eritrean vote: Eritrea’s support for Kenyan bid to join UNSC stems in large part from its bitter and unresolved border conflict with Djibouti. It is also a signal Asmara does not want to be seen as Ethiopia’s poodle. The view towards Asmara in Nairobi after the vote will definitely change.

The winner of today’s vote will join Niger and Tunisia, Africa’s current representatives. French-speaking Djibouti and English-speaking Kenya are both highlighting their roles to seek peace in the Horn of Africa region, the AFP news agency reports. India, Mexico, Norway and Ireland were chosen as non-permanent members.

The Security Council is the U.N.’s most powerful body and has five permanent members — the United States, Russia, China, Britain and France — and 10 members elected by the General Assembly for two-year terms, with seats allocated to regional groups.

Winning a seat on the council is considered a pinnacle of achievement for many countries because it gives them a strong voice on issues of international peace and security ranging from conflicts in Syria, Yemen and Ukraine to the nuclear threat posed by North Korea and Iran to attacks by extremist groups such as the Islamic State and al-Qaeda.

Normally, ambassadors from the 193 U.N. member states would meet in the horseshoe-shaped assembly chamber at U.N. headquarters overlooking New York’s East River and vote by secret ballot for new Security Council members. But because of the coronavirus, member states adopted a new procedure of voting at the assembly during spaced-out time slots starting at 9 a.m. EDT Wednesday to avoid a large gathering and ensure social distancing.

May 30, 2021 Senior News Editor
Somaliland The Rest of the World