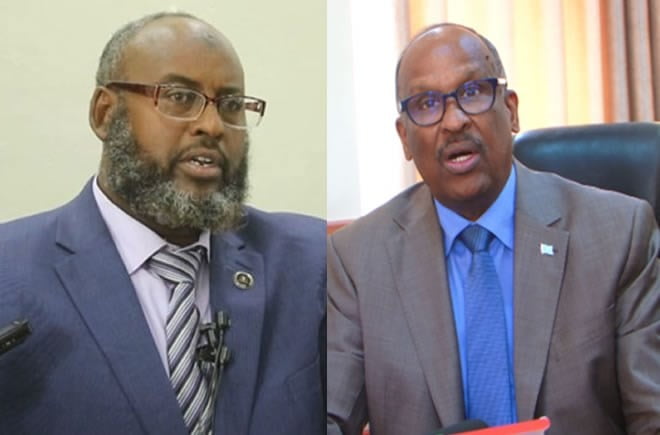 Mogadishu (HOL) – Somalia’s Minister of Education, Abdullahi Godah Barre has said that students in Puntland who have not sat for the official standardized test will not receive their government-recognized secondary school diploma’s. The decision has led to a public row with the Puntland’s education minister.

Godah reiterated his position that Somalia’s government will not accept the results of any other standardized test except for the one issued by his ministry.

He added that the educational relationship between the Puntland regional administration and the federal government is over after he accused Puntland of refusing to take part in the matriculation exams.Ads By Google“The secondary school certification test is the responsibility of the federal government. Only those who sit for the standardized tests will receive the Secondary School diploma.”

Somalia’s federal ministry of education wants to have a standardized test for all schools across the country, but some regional administration authorities have resisted.

Godah said that this is the second year in which the matriculation status of Puntland students has come into question. After talks with the Puntland government stalled last year, Godah the ministry reluctantly issued diplomas to Puntland students in hopes of reaching an agreement this year.

Abdullahi Mohamed Hassan, Puntland’s Minister of Education, dismissed Godah’s comments on Monday, saying his remarks were “damaging to the hearts of Somali students in Puntland.”

Hassan went on to say that if Godah has personal ownership of Somalia’s Secondary School certificate than he is free to refuse it, but if he is representing the Somali government than he has no right to make such a decision.

Hassan also added that Puntland and the Federal Government have already resolved this issue last year, with top federal officials ordering the release of certificates to Puntland students.

Puntland recently seated 16,000 students in recent days for their exam.