UN says 5.2 mln Somalis in need of humanitarian aid due to floods, COVID-19 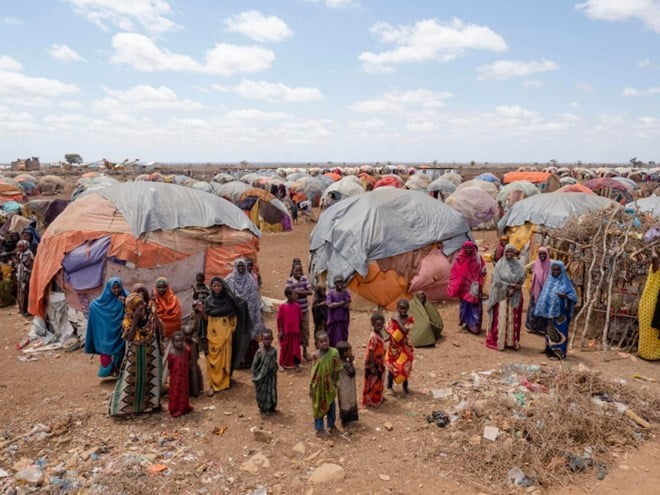 About 5.2 million Somalis including three million children are in need of humanitarian assistance due to the triple threat of floods, locusts and COVID-19, the UN children’s fund (UNICEF) said on Thursday.

Jesper Moller, deputy representative of UNICEF Somalia said the Horn of Africa nation is one of the most fragile nations in the world, a country that has experienced decades of conflict, cyclical drought and floods and he called on the international community to act swiftly to avert the crisis.

“Now, to compound the situation, the impact of the locust invasion and the COVID-19 pandemic means the international community has to act fast to help save the lives of millions of Somali families, especially the most vulnerable – the children,” Moller said in a statement issued in Mogadishu.

According to UNICEF, children are often the hidden victims of any emergency and are more susceptible to waterborne diseases as a result of the flooding and severe malnutrition due to food shortages.

Moller said there has been an upsurge in cases of acute watery diarrhea/cholera in recent months.

“To further exacerbate the situation, while the immediate impact of the locust invasion is on crop production, which is projected to be 10 to 15 percent lower than the long-term average, the secondary impact will be on children with an anticipated increase of being severely malnourished due to food shortages,” he added.

The UN agency said it is working tirelessly in close coordination with the government and local partners to not only prevent and mitigate the spread of COVID-19 but also to continue to provide life-saving assistance to those desperately in need.

As part of the ongoing efforts, said UNICEF, nearly one million vulnerable people have received critical hygiene items and more than 500,000 women and children have been provided with basic health and nutritional services in flood-impacted communities and camps for the internally displaced.