It’s Time for a U.S. Navy Port Call in Somaliland 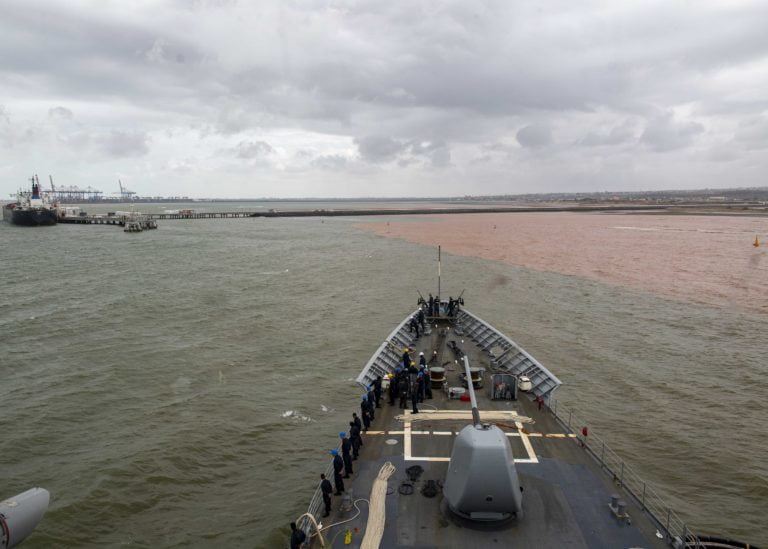 The White House lauded Taiwan’s July 1st decision to exchange diplomatic offices with Somaliland. While the United States does not formally recognize either state, both are pro-Western democracies standing up for liberal values in increasingly troubled regions.

Tweets, however, are not substantive policy. China is challenging the United States globally, from the Atlantic Ocean to the South China Sea. There is no place short of war where China could most cripple the U.S. strategic posture than in the Horn of Africa.

After the September 11th, 2001, terrorist attacks put Al Qaeda and terrorism at the forefront of U.S. strategic concerns. The Pentagon established Combined Joint Task Force-Horn of Africa (CJTF-HOA) at Camp Lemonnier in Djibouti. Over subsequent years, the U.S. reliance on Djibouti has grown not only for counterterrorism actions in Somalia and elsewhere in Africa, but also for drone operations in Yemen. Djibouti is also a major logistical hub for the U.S. Navy.

The United States cannot afford to take its presence in Djibouti for granted. In January 2016, China and Djibouti reached an agreement to establish a Chinese People’s Liberation Army Support Base jut miles away from Camp Lemonnier. Beijing fast-tracked its base, which began operation just 18 months later. Good fences do not make good neighbors, however. Chinese personnel in Djibouti have fired lasers U.S. pilots in an alleged attempt to blind them. Nor should U.S. forces anymore expect an even playing field in Djibouti. Djibouti is essentially a family-run enterprise, one in which Beijing and its front companies invest, perhaps an order of magnitude more than Washington. According to Djiboutian Foreign Affairs Minister Mahamoud Ali Youssouf, debt to China now accounts for 71 percent of Djibouti’s gross domestic product. In short, with a flick of President Xi Jinping’s wrist, he could order Djibouti to send the U.S. military packing.

This is why the establishment of relations between Taiwan and Somaliland is so important. With its 460-mile Gulf of Aden coastline, Somaliland is an important asset to any defense of the Bab el-Mandab and the Red Sea, as well as counterpiracy and counterterrorism operations interdiction of weapons smuggling. Berbera, its main port city, is not only a modern, deep-water facility, but it is also just a short drive from an airport used during the Cold War as U.S. logistical hub and basefor the Rapid Deployment Force. Nor would U.S. planes approaching Berbera be at the mercy of Djiboutian air traffic control whose oversight U.S. pilots say has led to several near-misses.

While the State Department’s Africa Bureau resists if not undercuts efforts to counter China in Africa, Beijing has no such desire to play softball. In the wake of the Taiwan-Somaliland deal, China and Somalia have reportedly concluded a secret agreement to allow joint patrols in Somaliland’s waters. Because Somalia’s consists of only a handful of inflatable and short-range patrol boats, in effect, China is declaring that it will now patrol across the entirety of the Gulf of Aden in an effort first to intimidate Somaliland and, if that works, to deny the United States any alternative position in the Horn of Africa.

Most of the U.S. diplomatic and military constraints can be undone with the stroke of a pen: There is no diplomatic reason why the United States should treat Somaliland as a pariah. After all, the State Department and Pentagon maintain relations with Taiwan, Iraqi Kurdistan, and Syrian Kurdistan without implying recognition. But, even if Secretaries Mike Pompeo and Mark Esper do not go that far, the U.S. Navy should consider making port calls in Berbera.

While the port cannot (yet) handle an aircraft carrier or LHD, it can accommodate destroyers and smaller ships. Berbera itself is secure. It has ample Indian, Yemeni, seafood, and fast-food restaurants, each a welcome diversion after months eating in a ship’s wardroom. Morale welfare officers could easily put together day trips to tour Somaliland’s Neolithic cave paintings or cheetah refuges. Certainly, sailors would grumble, but the U.S. Navy must prioritize grand strategy over resort infrastructure when determining port calls. Jebel Ali in the United Arab Emirates does not need another port call, and the United States has already cemented a port dealwith Oman to counter China. Should any destroyer bypass Jebel Ali or Salalah in favor of Berbera, it would ensure that the Defense Department has a Plan B for the day when it can no longer rely on Djibouti, that authorities in Berbera had both the equipment and interoperability to enable a U.S. ship to dock, and show that the United States was serious about the need to compete with China. It is rare a simple action could win a policy trifecta, but sending a destroyer or cruiser to the port of Berbera could achieve just that.

Michael Rubin is a resident scholar at the American Enterprise Institute.