Malaria in Eritrea: Marching Towards Elimination 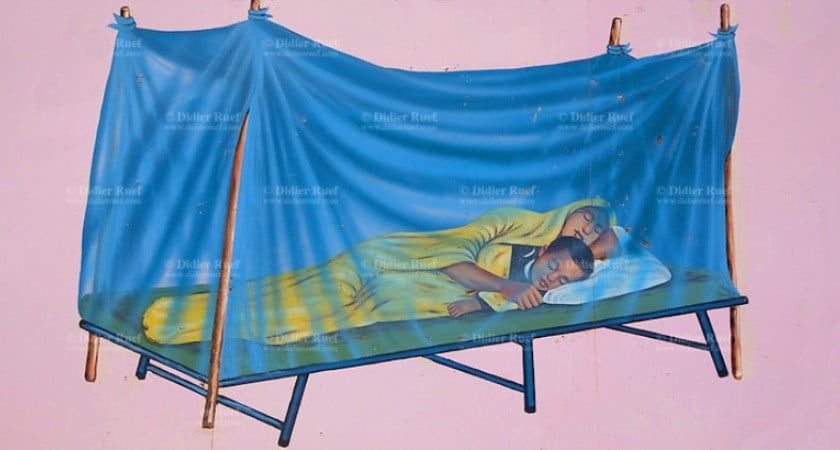 Malaria is one of the most common endemics in the world. For a long time, it has been one of the most frequent causes of death worldwide. But with time, many developed countries have managed to control or eliminate it.

Currently, the world is marching toward total eradication of the disease by helping developing countries to apply preventive and treatment systems.

On the one hand, if malaria case incidence and mortality rate remained the same as those in 2000, globally there would be 320 million cases and nearly 1 million malaria deaths in 2018. Instead, there were an estimated 228 million malaria cases and 405,000 malaria deaths in 2018. These represent about 30% fewer cases and 60% fewer deaths in 2018 than would have been the case had levels of malaria incidence and malaria death remained similar to those in 2000. While the gains to date are impressive, the global malaria challenge remains enormous, and the rate of progress is slowing down.

The Ministry of Health of Eritrea (MoH) has targeted malaria as one of the diseases that must be eliminated, being the serious public health problem it has been for a long time. To do so, the National Malaria Control Program (NMCP) and other partners have been following steady prevention and treatment mechanisms to stop the spread of the disease using different techniques, such as vector control, insecticide-treated mosquito nets, indoor residual spraying (IRS) of insecticides and Larval source management.

Based on these achievements, the WHO Global Technical Strategy for Malaria 2016–2030 lays the foundation for further significant reductions in mortality and incidence by at least 90% over the coming 15 years, with the elimination of malaria projected for a further 35 countries.

Since 1998, Eritrea has shown unstable cases and deaths of malaria. But generally, it has so far succeeded to show a major loop toward malaria elimination. Technically, the earliest stage of the fight against the disease is to control the surge of morbidity and mortality due to malaria. After it is controlled and the cases are reduced greatly, both spatially and numerically, the country or zone is said to be marching to elimination, that is, pre-elimination stage, where cases are further reduced in some areas or zones, also known as sub-national elimination. This stage is where Eritrean Fight against malaria is currently passing through to the advanced stage, which is, scoring zero local cases.

Moreover, the global elimination of the disease, as targeted by WHO, is called eradication — encountering no malaria-related cases at all.

In order to claim that a subzone, zone or a country has eliminated malaria, it has to show a zero malaria morbidity and mortality for 36 months in a row.

Nevertheless, in case there are imported cases, the prevention of re-introduction is carried out across border towns and villages. That is why we say Eritrea has controlled it and gone all the way near elimination but it has not been announced as a free country either.

Moreover, the Eritrean NMCP, established in 1995, has managed to achieve a great deal of malaria cases declined from 1997 onward. In 1998, the Roll Back Malaria (RBM) partnership was launched aiming to reduce malaria by half by 2010. Similarly, the NMCP developed a national 5-year plan (2000-2004) to reduce malaria morbidity and mortality by 80%.

According to the NMCP, Eritrea has a three-tier health care delivery system.

The health sector is composed of public and private health care providers. There are 28 hospitals, 13 community hospitals, 35 health centers, and 186 health stations. As for the specific organization of the malaria control program,

Eritrea has set a strategic development plan (2017-2021), which is organized at several layers of sub-organizations — national, zonal, subzonal, and community levels. Each has designated functions in the system, complementing one another.

When inclined to eliminate, the core intervention that must be implemented in addition to the former interventions and treatments is surveillance followed by further treatment. Despite upsurges in some sub-zones, Eritrea has made commendable progress and is further striving up the ladder through the pre-elimination stage to achieve a score of zero local transmissions.

October is a month known for spiking malaria morbidity and mortality. Due to the COVID 19 pandemic, people are in partial lockdown and health care systems all around the world are caught up with fighting the pandemic. In Eritrea, the spread of the pandemic remains relatively low so far. Still, the focus will inevitability be swayed, to some degree, from other endemic diseases like malaria.

The local activities of larval source management on a community basis and the awareness-raising discourses have been halted due to the partial lockdown and social distancing measures. Though larval management can be done by spraying relevant insecticides on puddles, the effects of the current situation may arise later because as Mr. Selam said, “people tend to stop taking the cautious malaria guidelines as they observe major cases decline.”

In his address of the issue of malaria during the COVID 19 pandemic, Mr. Selam Mihretab, the manager of the National Malaria Control Program at MoH said, “We can’t be definite about the effects of the pandemic on the malaria prevention and control activities because we have not done thorough research.

However, according to some reports from zonal and sub-zonal health centers, in the past five months, except in Gash Barka Region, new malaria cases have greatly decreased. In any case, we have carried out an interview with Eri-Tv recently to remind people of malaria threats in case people neglect the disease due to the trending COVID 19 pandemic”.

Therefore, though Eritrea has succeeded to control the malaria-endemic, it is no time to relax. It is actually now that we need to work harder to preserve the achieved results and keep streaming in the lane of successfully eliminating the disease.