Puntland President Deni: We have lost confidence in the federal government 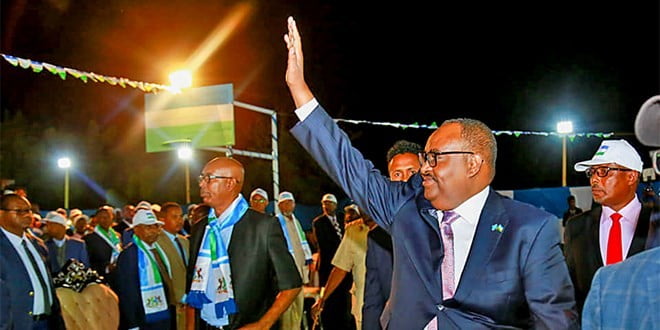 Garowe (HOL) – Puntland President Said Abdullahi Deni has said that he has lost his confidence in the federal government of Somalia , adding that he will carry on with the Dhusamareb talks.

“Yesterday when we went to Dhusamareb we had goodwill and respect for the federal government, but now their actions show us there is little accountability in their words. Deni previously called the removal of Hassan Ali Khaire as Prime minister was illegal and dishonest. In a statement last week, he penned that Farmaajo orchestrated the ouster as a maneuver to extend his term.

President Deni made the remarks during a speech commemorating the 22nd anniversary of the Puntland State.

He also said that the federal government reneging on their word could lead to political unrest in the country.

The Puntland president criticized Somalia’s cabinet’s decision to approve board members to the Somali Petroleum Authority, saying “that anyone who buys from petroleum from Somalia will be held responsible.” He added that Puntland would not recognize the petroleum board.

Deni also joined the Somali Bar Association, the Union of Somali Civil Society Organizations and opposition figures in rejecting the cabinet’s appointment of five members to the  Judicial Service Commission.