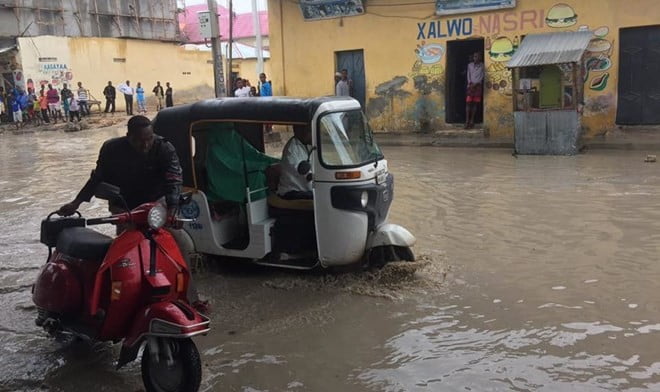 MOGADISHU (HOL) – More than 20,000 hectares of land are submerged in water in Jowhar and Bal’ad districts in Middle Shabelle region following river overflows along the Shabelle river basin, FAO has said warning the region should brace for more flooding in the coming week.

The Food and Agriculture Organisation (FAO) said in an update Wednesday riverine zones along Shabelle and Jubba rivers were at risk of floods with Beletweyne, Mahadey Weyne and Jowhar, Balcad and Afgooye districts most affected.

“Flooding in the middle and lower reaches of the Shabelle will be sustained in the coming week given the current situation and the foreseen rains,” FAO said.

It noted areas to watch include Jowhar town and its environs; where the river level is near full crest and other riverine towns in the Lower Shabelle region.

Damage to farmlands will further exacerbate an already precarious food situation in the Horn of Africa nation.

FAO warned in July acutely food insecure population is expected to rise between October 2020 and January 2021 especially in light of the COVID-19 pandemic.

“Due to international and local COVID-19 movement restrictions, the associated declines in business activity, external remittances, annual livestock exports, and investment are resulting in an economic contraction,” FAO said.

About 350,000 people were displaced in Beletweyne last year in yet another round of flooding which saw the whole town submerged in water. Several people were also killed.