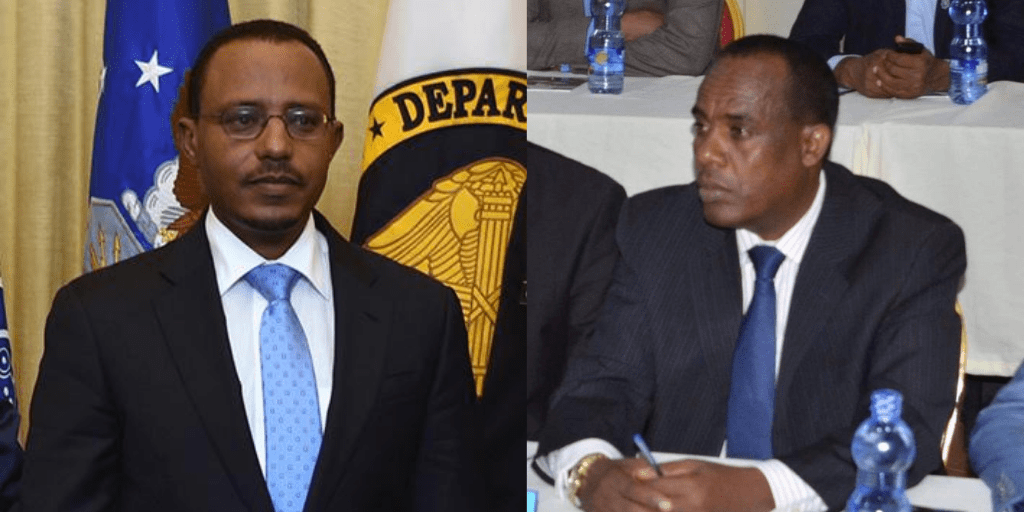 According to a statement issued by Prime Minister Abiy’s office, defense Minister Lemma Megerssa is removed and replaced by Kene’a Yadeta (PhD), former peace and security chief of Oromia regional state. Lemma was appointed to the position in April 2019.

Addis Abeba deputy Mayor Takele Uma is removed from the city administration and appointed to become the minister at the Ministry of Mines and Petroleum. Takele was appointed by the Council of Addis Abeba City Administration to become deputy mayor in July 2018.

Takele Uma is replacing Dr. Samuel Urkato, who in turn is appointed to lead the Ministry of Science and Higher Education. He replaces Professor Hirut Woldemariam, who is now appointed as social affairs advisor to the Prime Minister. As advisor to the PM, Professor Hirut replaced Tayiba Hassan, former vice president of Oromia region under Lemma Megerssa before being appointed as advisor.

Adanech is not appointed to a new role in this round, but it is rumored that she will replace the outgoing deputy mayor of Addis Abeba. Addis Standard could not confirm the information.

Today’s appointment also saw the departure of Hallelujah Lulie, who was leading the Institute of Strategic Affairs (ISA) since May 2019 and has resigned recently is replaced by Yohannes Buwayalew, former head of the Amhara Democratic Party (ADP) office in Bahir Dar. In February this year, Yohannes was appointed to lead the Meles Zenawi Academy, an appointment he declined.

Today’s other major reshuffle is the appointment of Nigussu Tilahun, Press Secretariat at Prime Minister Abiy’s office. He is now appointed to lead the Federal Jobs Creation Commission. He is filling the position left vacant by the sudden departure of Ephrem T. Lemango (MD), who resigned on August 06.

Endawek Abite, Social Cluster head at Addis Abeba City Administration with a rank of deputy mayor, is now appointed as Deputy General Director of Metal and Engineering Corporation (MeTEC). He has previously served as director general of the Ethiopian Sugar Corporation before moving to the city administration.