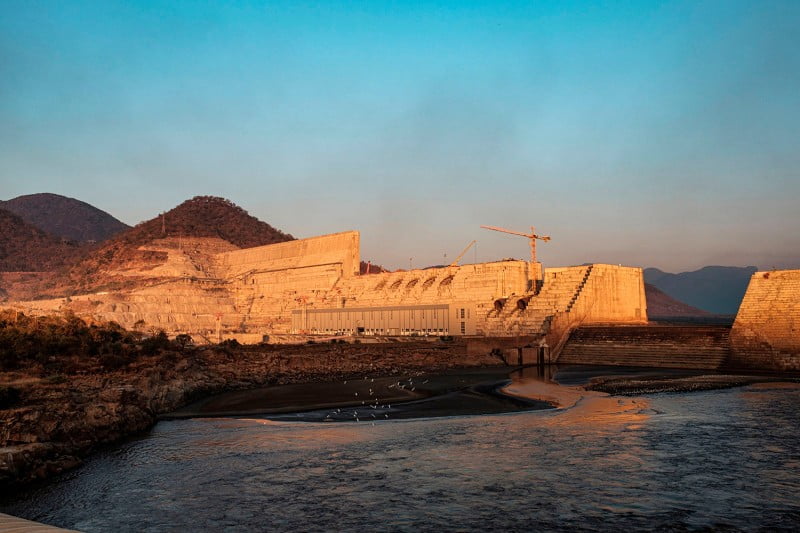 Some U.S. officials fear the move will harm Washington’s relationship with Addis Ababa.

Secretary of State Mike Pompeo has approved a plan to halt U.S. foreign assistance to Ethiopia as the Trump administration attempts to mediate a dispute with Egypt and Sudan over the East African country’s construction of a massive dam on the Nile River.

The decision, made this week, could affect up to nearly $130 million in U.S. foreign assistance to Ethiopia and fuel new tensions in the relationship between Washington and Addis Ababa as it carries out plans to fill the dam, according to U.S. officials and congressional aides familiar with the matter. Officials cautioned that the details of the cuts are not yet set in stone and the finalized number could amount to less than $130 million.

Programs that are on the chopping block include security assistance, counterterrorism and military education and training, anti-human trafficking programs, and broader development assistance funding, officials and congressional aides said. The cuts would not impact U.S. funding for emergency humanitarian relief, food assistance, or health programs aimed at addressing COVID-19 and HIV/AIDS, officials said.

The move is meant to address the standoff between Ethiopia and other countries that rely on the Nile River downstream that have opposed the construction of the massive dam project, called the Grand Ethiopian Renaissance Dam. Egypt sees the dam’s construction as a core security issue given the country’s heavy reliance on the river for fresh water and agriculture, and in the past Egyptian President Abdel Fattah al-Sisi has hinted his country could use military force to halt the dam’s construction.

Some Ethiopian officials have said they believe the Trump administration is taking Egypt’s side in the dispute. President Donald Trump has shown a fondness for Sisi, reportedly calling him his “favorite dictator” during a G-7 summit last year. Officials familiar with negotiations said the Trump administration has not approved parallel cuts in foreign assistance to Egypt.

Administration officials have repeatedly assured all sides that Washington is an impartial mediator in the negotiations, which mark one of the few diplomatic initiatives in Africa that the president has played a personal and active role in. These officials pointed out that Egypt has accused the United States of taking Ethiopia’s side in the dispute as well.

“There’s still progress being made, we still see a viable path forward here,” said one U.S. official. “The U.S. role is to do everything it can to help facilitate an agreement between the three countries that balance their interests. At the end of the day it has to be an agreement that works for these three countries.”

But the move is likely to face sharp pushback on Capitol Hill, according to Congressional aides familiar with the matter. State Department officials briefed Congressional staff on the decision on Thursday, the aides said, and during the briefing insisted that the U.S.-Ethiopia relationship would remain strong despite a cutback in aid because the United States can have tough conversations “with friends.”

“This is a really fucking illogical way to show a ‘friend’ you really care,” one Congressional aide told Foreign Policy in response.

The massive Ethiopian dam is a flash point for tensions in Africa—and is now sowing confusion and discord within the U.S. government, with many officials concerned Washington is too much in Egypt’s corner.

The State Department and Treasury Department did not respond to requests for comment.

On Tuesday, Ethiopian Prime Minister Abiy Ahmed visited Khartoum to discuss the dam issue with his Sudanese counterparts. Pompeo was in Khartoum on the same day to meet with Sudanese Prime Minister Abdalla Hamdok, but the two leaders notably did not cross paths. “The Secretary and Prime Minister agreed that achieving mutually beneficial agreement among Sudan, Ethiopia, and Egypt on the filling and operation of the Grand Ethiopian Renaissance Dam (GERD) is crucial to regional stability,” the State Department said in a statement issued after Pompeo’s meeting with Hamdok.

Following Abiy’s visit, the Ethiopian and Sudanese governments issued a joint statement saying that two sides “would make every possible effort to reach a successful conclusion to the current tripartite negotiations.”

The concept for the massive dam project was first conceived of by Ethiopian Emperor Haile Selassie in the 1960s, though the country did not break ground until 2011. Ethiopian citizens have helped bankroll the $4.6 billion dam project with small individual donations, making it an important point of national pride in addition to being a massive infrastructure project.

Some U.S. officials have raised doubts about whether U.S. funding cuts to Ethiopia could alter the country’s negotiating position, given the dam’s political and cultural significance. The Trump administration first began considering withholding foreign assistance to Ethiopia over the dam discussions in July. In fiscal year 2019, the United States provided a total of $824.3 million in assistance to Ethiopia, of which $497.3 million was humanitarian aid, according to State Department data.

Egypt and Sudan demanded that Ethiopia not begin filling the dam until the countries reached a legally binding deal that would address how to manage water flows during droughts or dryer rainy seasons, and established a mechanism to resolve disputes regarding the dam.

But in July, following an unusually wet rainy season, Ethiopia announced it finalized the first phase of filling the 74 billion-cubic-meter dam, sparking a backlash from Cairo and Khartoum.

Update, Aug. 27, 2020: This article was update to include additional details about Pompeo’s trip to Sudan and Congressional reactions to the decision to cut aid to Ethiopia.