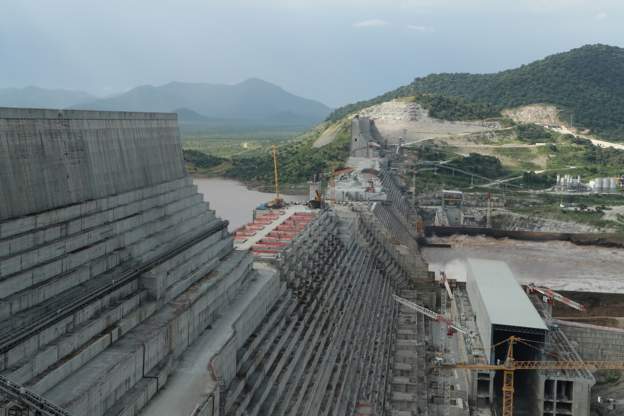 Ethiopia’s government has demanded an explanation from the US over a report that it has reduced its funding of Ethiopia as the dispute continues over the Grand Ethiopian Renaissance Dam (Gerd).

Last week, Foreign Policy magazine reported that Secretary of State Mike Pompeo has approved the withholding of up to $130m (£98m) in a bid to pressurise Ethiopia into coming to a deal with Egypt over the Gerd.

For nearly a decade, Ethiopia and Egypt have been negotiating over the dam, which sits on the Nile’s main tributary, the Blue Nile.

Egypt almost entirely relies on the river for its water supply and wants guarantees over the volume of water it will receive.

The countries, along with Sudan, are negotiating over the amount of water the dam will release.

Ethiopia’s ambassador to Washington, Fitsum Arega, has tweeted that the US said there would be an explanation on Monday at 14:30 local time (18:30 GMT). But there was no confirmation that funding had been cut.

After this year’s rainy season, the Gerd now has 4.9 billion cubic metres (bcm) in its reservoir, which is enough to test the first two turbines.