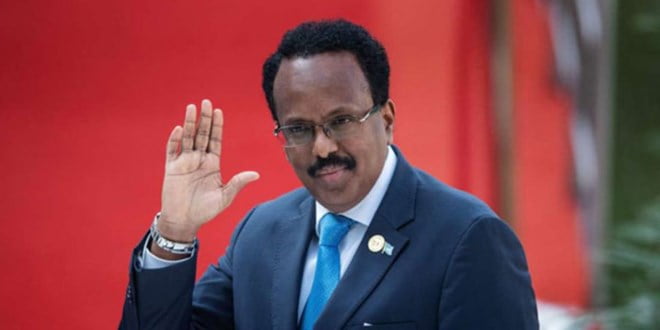 Somali President Mohamed Abdullahi Farmaajo is on Thursday expected to hold crucial talks with the leaders of Jubaland and Puntland states to chart a common path for the upcoming elections.

Ahead of the meeting, President Farmajo welcomed Madobe and Deni at Villa Somalia, the State House in Mogadishu.

They also held meetings with UN representatives in Somalia, the US and UK ambassadors among other diplomats.

The duo have been rebelling against a new agreement reached last month to have elections conducted via a system known as constituency caucuses, which could improve on the traditional but controversial clan delegate system.

President Farmaajo is expected to hold closed-door talks with the visiting leaders.

Deni and Madobe had declined to join a series of meetings that took place in Dusamareb town recently where a deal was reached with the regional leaders of Galmudug, Hirshabelle, South West and Banadir Regional Administration.

The meeting, dubbed Dusamareb 3, was concluded on August 19 with a 17-point communiqué.

They agreed that an election will be held in Somalia in line with the tradition that polls must be held every 4 years, in this case since 2016.

The communiqué stated that the next election will use an electoral constituency caucus model.

Under this, the National Independent Electoral Commission (NIEC) in close collaboration with the member states of the federal government, clan leaders and civil society, will organise and administer the election.

301 delegates will be arranged to elect each of the 275 MPs that in turn will elect the federal president.

However, two days later, Puntland and Jubaland leaders issued a statement saying they were not part of the deal.