Meeting to resolve elections in Somalia not going anywhere 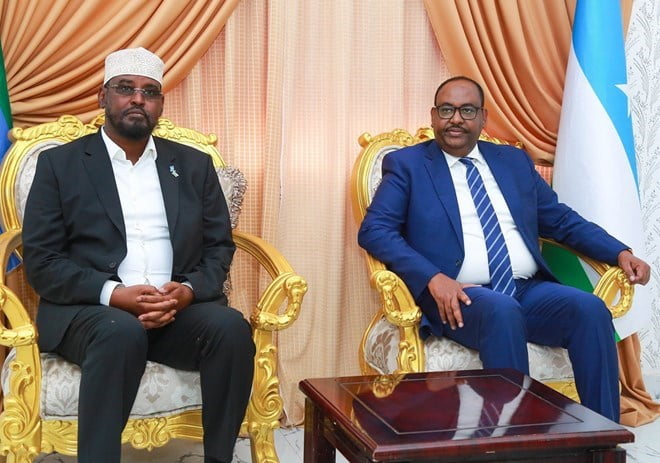 The meeting had been announced by Villa Somalia Communications Director Abdinur Mohamed but sources said it was cancelled the last minute as new conditions from Jubbaland emerged.

“President Farmajo will tonight host the leadership of Jubaland and Puntland at the State House.

Key Agenda of the talks will be Somalia elections to ensure the FGS-FMS leadership champion an election that safeguards the future of the nation and steers Somalia forward,” Mohamed tweeted Wednesday afternoon.
The failure of the meeting once again throws Somalia’s quest for elections this year off balance since the meeting was aimed at settling the political dispute over the electoral model for upcoming polls.

Both Madobe and Deni held talks with representatives of the international community Tuesday prior to a dinner with president Farmaajo in the evening.