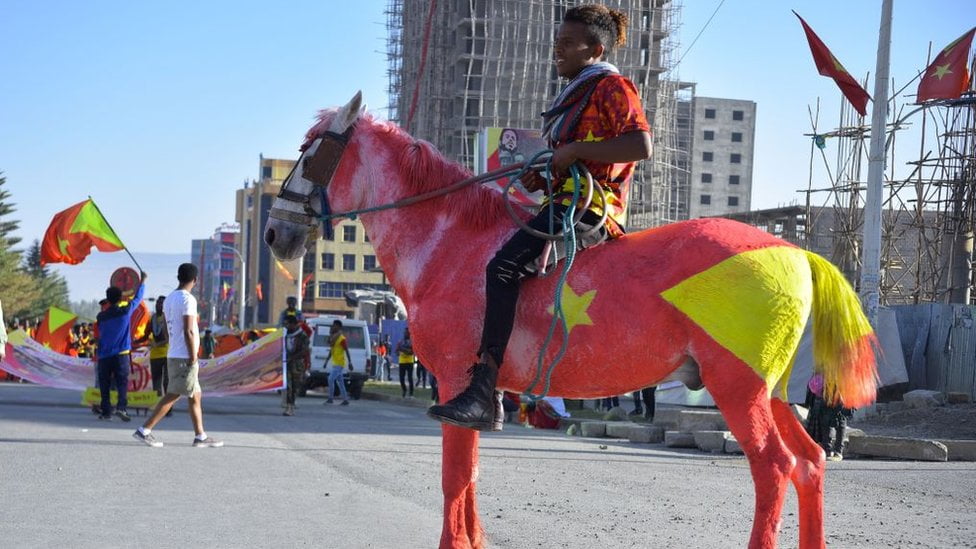 Tigray officials, holding polls for the 190-seat regional parliament, warned that any intervention by the federal government would amount to a “declaration of war”.

They objected to the postponement of the national and regional elections, originally scheduled for August, because of the coronavirus pandemic and the extension of Prime Minister Abiy Ahmed’s time in office.

“The vote went very well, as of now 85 percent of registered voters had cast their ballots,” said Getachew Reda, spokesman of the Tigray People’s Liberation Front (TPLF), which for many years was the only party in the region and is expected to gain a majority, challenged by Abiy’s Prosperity Party and the new Tigray Independence Party.

Getachew said results will be announced by September 13.

On Saturday, Ethiopia’s upper house of parliament, which mediates constitutional disputes, ruled that the polls for regional parliaments and other positions were unconstitutional.

While Abiy has ruled out military intervention, there are fears that any punitive measures by the federal government could further escalate tensions.

The Tigray defiance of the federal government is the latest challenge to the administration of Abiy, who is struggling to hold together a federation that stitches Ethiopia’s 80-plus ethnic groups into a nation.

In addition to TPLF, there are five parties vying in these elections: the National Congress of Great Tigray (Baytona), Salsay Woyane Tigray, Tigray Independence Party, and Assimba Democratic Party.

Tigray has dominated Ethiopian politics since the region’s governing party, the TPLF, led an armed struggle to remove the communist Derg government in 1991.

Leaders from the ethnic group, which makes up only 6 percent of Ethiopia’s 110 million population, went on to dominate Ethiopia’s politics for nearly 30 years.

But that ended after anti-government protests swept Abiy to power in 2018.

Some 2.7 million people in the Tigray region are expected to cast their votes at more than 2,600 polling stations, regional election officials said.

A regional broadcaster, Tigray TV, showed voters lining up in the early hours on Wednesday.

Two residents of the regional capital, Mekelle, told The Associated Press there was tight security in the city and surrounding areas, with motorcycles and auto rickshaws banned from the city as of Tuesday evening.

On Monday, Ethiopian security officials prevented a dozen people, including four journalists and a senior think-tank analyst, from flying to Tigray to cover the vote.

Separately, a non-governmental organisation told AP they had been barred from observing the election “for no sufficient reason”. The group, Seb Hidri, said the TPLF was behind the ban.