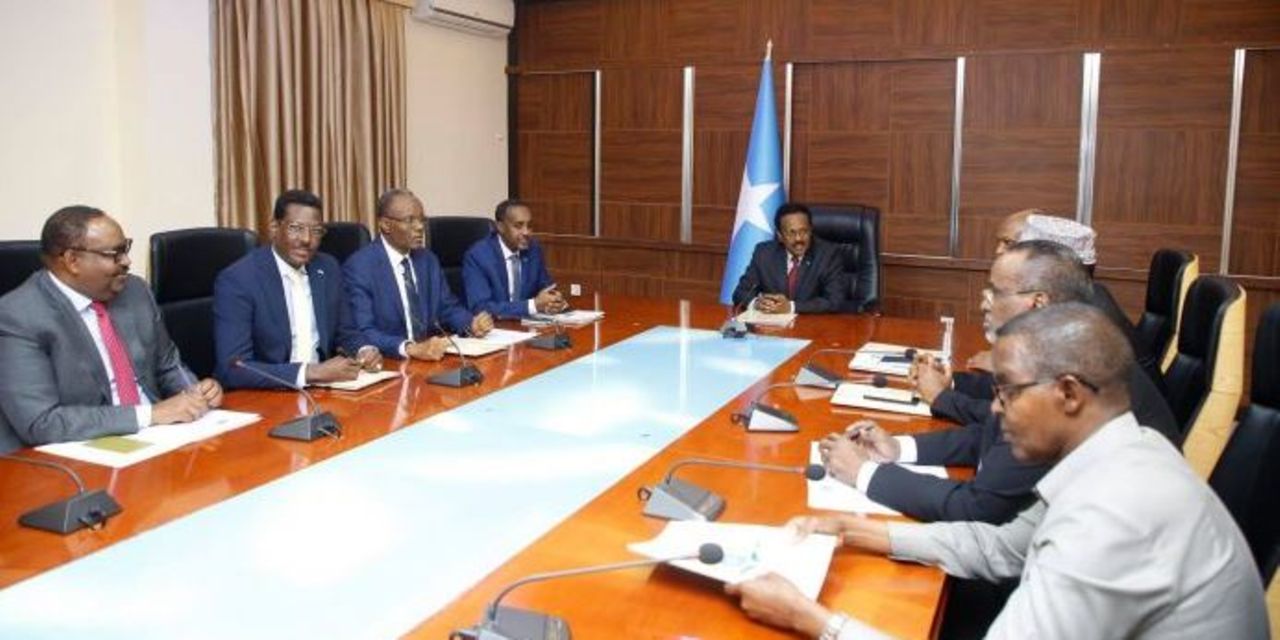 What you need to know:
Parliamentary elections will take place this year and the presidential contest in early 2021.
In the capital Mogadishu, two sets of elections will take place — 46 MPs for Somaliland and five for Banadiri, the community that founded the city.
Since the authority in Somaliland claims that its region separated from the rest of Somalia in 1991, their representatives in both legislative Houses will be elected in Mogadishu.
The Federal Government of Somalia (FGS) and the Federal Member States (FMS) on Thursday finally issued the long-awaited election procedures for the upcoming elections in 2020/2021.

Parliamentary elections will take place this year and the presidential contest in early 2021.

The statement was issued following a series of meetings held by the Federal President Mohamed Abdullahi Farmajo, the five FMS presidents from the states of Puntland, Galmudug, Hirshabelle, South West and Jubbaland plus the Mayor of Mogadishu which declared formation of electoral committees and electoral constituencies.

Human rights
First, the leaders agreed on the formation of a conflict resolution committee to serve during the election period. The committee is said to be independent in nature and working under the traditional norms of the Somali people and the international standards safeguarding human rights.

The leaders, under the auspices of the National Consultative Forum, stressed that the committee will discharge functions by, among others, safeguarding the integrity of the election modalities, and respecting the rights of the electorate and candidates through employment of tools and mechanisms that lead to fair and just settlement of complaints from the electorate and from the candidates.

“The national conflict resolution committee, which will be formed prior to the elections, will comprise 21 members,” the statement released by Villa Somalia, the State House in Mogadishu, indicated, further saying that nine of the members will be nominated by the FGS while the remaining 12 will represent the FMSs.

The document said: “The committee will ensure the 30 percent quota allocated for women in the legislative Houses will be observed,” adding that the committee will be based in Mogadishu while its sub-committees will operate in all electoral constituencies.

Transparency in the electoral conflict resolution is strictly recommended to be an open process to those concerned, including the media.

A complaint can be filed by any person depositing US$3,000 in the committee’s bank account to cover the filing and documentation of the complaint.

Selection of electoral delegates and their transfer to their respective constituencies will take place between November 1 and 30, 2020.

Out of the 275 members of the Lower legislative House, the following allocations have been agreed: Puntland to elect 37 members, Jubbaland 43, Southwest 69, Galmudug 37 and Hirshabelle 38.

In the capital Mogadishu, two sets of elections will take place — 46 MPs for Somaliland and five for Banadiri, the community that founded the city.

Since the authority in Somaliland claims that its region separated from the rest of Somalia in 1991, their representatives in both legislative Houses will be elected in Mogadishu.