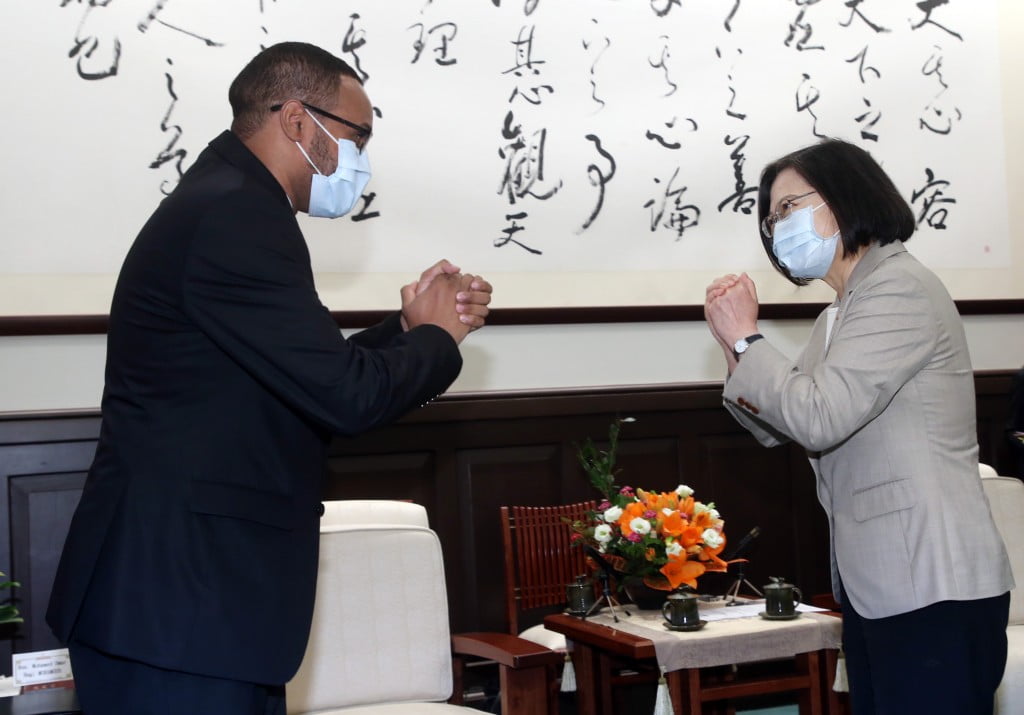 President Tsai welcomed Mohamoud to Taiwan, thanking him for Somaliland’s support. She also noted that this year Taiwan and Somaliland mutually set up representative offices, opening a new chapter in bilateral relations.

President Tsai said that many media reports currently refer to Somaliland as “Taiwan’s new friend” and that many Taiwanese are eager to learn more about the East African nation. Tsai added that after Mohamoud came to Taiwan in August, through various forms of interaction, he allowed the people of Taiwan to get to know Somaliland better, and he helped the governments and private sectors of both nations to seek more opportunities for cooperation.

Tsai pointed out the strategic position of Somaliland in East Africa as well as Taiwan’s unique geostrategic position in the Indo-Pacific region. She stated that she believed closer bilateral cooperation has many advantages including more diversified development.

She said that in the past, the two countries have cooperated in the fields of medical care, education, and maritime safety. In the future, Tsai stated, various cooperative projects will be launched to deepen the friendship between the two peoples.