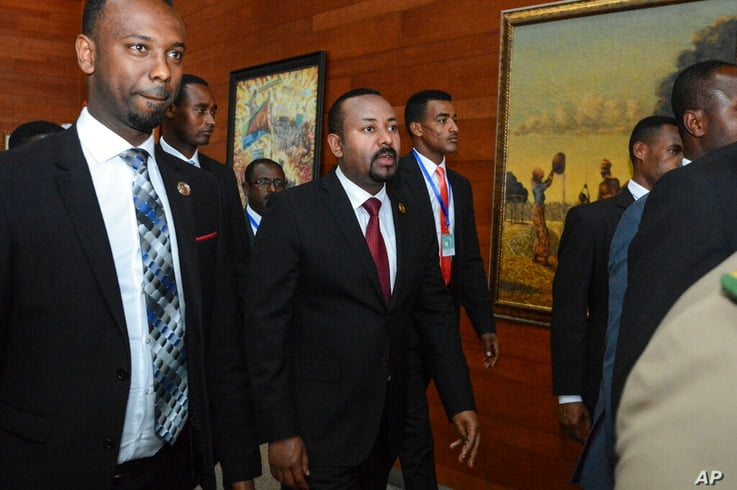 “Our operation aims to end the impunity that has prevailed for far too long and hold accountable individuals and groups under the laws of the land,” Abiy said on Twitter on Saturday.

Abiy said on Friday that air strikes had already neutralized “rockets that can hit a range of 300km (186 miles) from where they are stationed in Mekele City and other places in the vicinity”.

Ethiopia’s parliament voted on Saturday to approve the formation of an interim government for the Tigray region as fighting continued and fears of all-out war escalated.

Ethiopia’s federal government said the interim administration will “appoint officials, ensure the respect for rule of law, approve the region’s budget and facilitate the process of conducting elections”.

Experts and diplomats are watching in dismay as two heavily armed forces clash in one of the world’s most strategic yet vulnerable regions, the Horn of Africa. Observers warn a civil war in Ethiopia – Africa’s second most populous country with 110 million people – could suck in or destabilise neighbours such as Sudan, Eritrea and Somalia.

A statement posted Saturday on the Facebook page of the Tigray government, the Tigray People’s Liberation Front, said it will win the “justified” war, and added “a fighter will not negotiate with its enemies”.

“Tigray’s people are now armed with modern weaponry that could reach the seat of the infidels,” it added, an apparent reference to Ethiopia’s capital, Addis Ababa. There was no reference to Saturday’s move by the federal government.

A simmering dispute between Abiy Ahmed’s federal government and his former Tigrayan allies exploded on Wednesday after Abiy ordered a military campaign, accusing the Tigray People’s Liberation Front (TPLF) of attacking a federal military base and trying to steal equipment.

Countries in the region fear the crisis could escalate into a full-fledged war under Abiy, who won the 2019 Nobel Peace Prize for ending a decades-old conflict with neighbouring Eritrea but has had to contend with outbreaks of ethnic unrest.

Abiy defended his decision as a limited military operation necessary to restore law and order in the region.

On Saturday, the upper house of Parliament “passed a decision to abolish the existing illegal Tigray regional assembly and executive, and for a caretaker administration to be formed”, state-owned Ethiopian Broadcasting Corporation (EBC) reported.

“The caretaker administration will be mandated with conducting a constitutionally acceptable election and to implement decisions passed on by the federal government,” the EBC said.

The Tigray People’s Liberation Front dominated politics in Ethiopia for nearly three decades before Abiy came to power in 2018 on the back of anti-government protests, even though Tigrayans make up only about 6 percent of a population of more than 100 million people.

Under Abiy, the region’s leaders have complained of being unfairly targeted in corruption prosecutions, removed from top positions, and broadly scapegoated for the country’s woes.

Tigrayan forces are battle-hardened and possess significant stocks of military hardware, experts say. Their regional troops and associated militias number up to 250,000 men, according to the International Crisis Group think-tank.

One of the biggest risks is that the Ethiopian army will splinter along ethnic lines, with Tigrayans defecting to the regional force. There are indications that it is already happening.

One analyst warned the escalation could lead to the “greatest geopolitical nightmare from the Horn African region”.

“Most likely it could [also] lead to the largest state collapse … in the Horn of Africa,” Awol Allo, a lecturer at Keele University, told Al Jazeera.

“Ethiopia is a very large and very diverse country … and the constitution provides for the rights of different government to secede and become independent states,” he added.

The government is mobilizing troops from around the country and sending them to Tigray, risking a security vacuum in other regions where ethnic violence is raging.

More than 50 people were killed by gunmen from a rival ethnic group in western Ethiopia on Sunday, according to Amnesty International.

Tensions with the TPLF have been escalating since September when Tigray held regional elections in defiance of the federal government, which called the vote “illegal”.

Sources said efforts were under way behind the scenes to encourage talks, pushed by the African Union. But the initiative was being resisted by authorities in Addis Ababa who insist they have to eliminate a threat posed by the TPLF.

Abiy accused the TPLF of attacking a federal military base and trying to steal equipment, saying “the last red line” had been crossed.

Diplomats, regional security officers, and aid workers say fighting is spreading in the northwestern part of the country, along Tigray’s border with the Amhara region, which is backing the federal government, and near the border with Sudan and Eritrea.

Abiy said government troops had seized control of the town of Dansha, near the border area, from the TPLF.