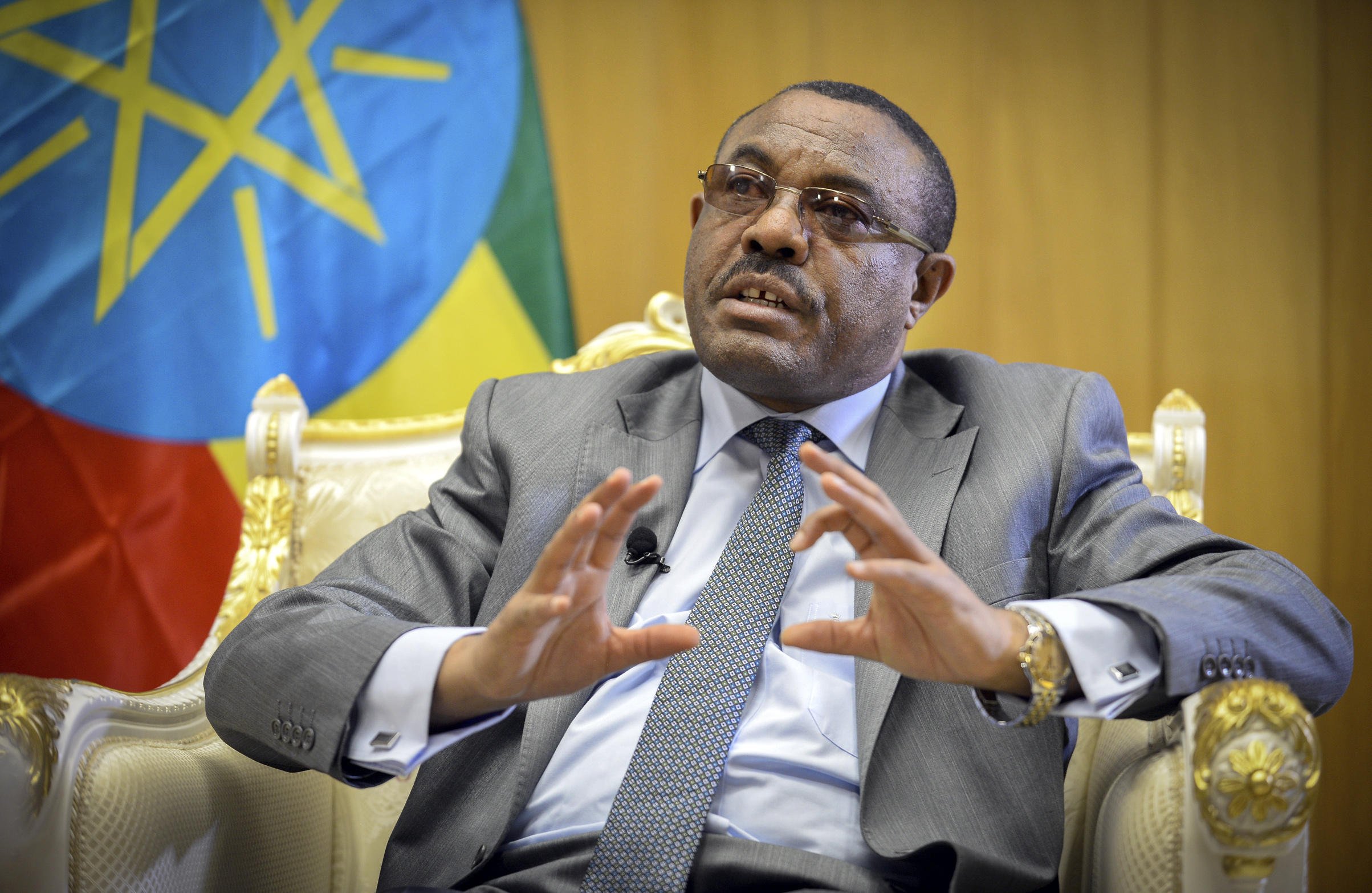 The leaders of the Tigray People’s Liberation Front are seeking to manipulate the international community into backing a power-sharing deal that grants it impunity for past crimes and gives it far more future influence over the country than it deserves.

Most Ethiopia analysts or so-called experts on the Horn of Africa are busy these days preaching the need for an all-inclusive national dialogue. They’re also calling for an immediate cessation of hostilities in the conflict between the Ethiopian government and the Tigray People’s Liberation Front (TPLF).

These seemingly benign calls are at face value noble and well-meaning. After all, calling for negotiated peace has become the textbook proposal for resolving conflicts, wherever they arise. I truly believe that most people recommending this approach are well-intentioned outsiders who are merely echoing the conventional wisdom of how one should resolve conflicts in Africa.

The key problem in the international community’s approach to Ethiopia is the assumption of moral equivalence, which leads foreign governments to adopt an attitude of false balance and bothsidesism.

The problem is that such blanket propositions often don’t work. Indeed, Ethiopia’s neighbor South Sudan is a case in point; it is the archetypal example of how such situations tend to be viewed and handled by the international community. When armed conflict within the ruling party of South Sudan broke out after independence, the peace dialogue that followed resulted solely in a power-sharing arrangement, neglecting proper accountability for the mass killings that had occurred.

The key problem in the international community’s initial approach to South Sudan—and now to Ethiopia, which I led as prime minister from 2012 to 2018—is the assumption of moral equivalence, which leads foreign governments to adopt an attitude of false balance and bothsidesism. Facts and details regarding the true nature of conflicts and the forces igniting and driving them are frequently lost in international efforts to broker peace deals that often crumble as soon as they have been signed.

I confess, a TPLF-dominated coalition ruled Ethiopia shrewdly for 27 years. After being forced to give up the reins of power due to popular protests against our economic and political mismanagement—which I was a part of—the TPLF leadership designed and is now executing a strategy meant to capitalize on the propensity of the international community to fall into its default mode of bothsidesism and calls for a negotiated settlement. The TPLF’s leaders are savvy operators who know how susceptible the international community is to such manipulation.

One major component of this formula was to trigger an armed confrontation with the federal government so that the TPLF’s current leaders would be able to secure immunity for their past and present misdeeds and a power-sharing scheme through an internationally brokered deal. Such an agreement would enable the TPLF leadership to exercise influence that exceeds the limited support it enjoys in a country with a population of 110 million. This strategy is contingent upon three premises.

The first premise is the tendency of the international community to ignore complex political and moral realities and call for superficial dialogues that will invariably end up in power-sharing agreements in which rogue actors are rewarded for instigating violence.

The second premise for this strategy is the belief within the TPLF leadership, very often reinforced by the opinion of external analysts and so-called experts, that it is an invincible force that could withstand or even defeat the Ethiopian National Defense Force, as if other Ethiopians are inferior to its members. The fact is all Ethiopians are battle-hardened, not just those in the TPLF. The conventional wisdom is that the TPLF leadership could ensure that any military confrontation with the federal government will be a long, drawn-out, and protracted affair. The TPLF leadership and its army are actually locked in from all sides and will have limited capacity to resist the national army. This borderline-mythical sense that the TPLF leadership is invincible only reinforces its brinkmanship and deadly provocations.

The third factor behind the TPLF leadership’s arrogance is its assumption that, due to the seeds of discord and division it has been sowing within the Ethiopian body politic and the army for decades, it could easily prevail in an armed confrontation against the federal government. Prompted by such miscalculation, the party has now triggered an armed confrontation with the federal government.

The TPLF leadership’s illusions about its invincibility and military prowess are now being dispelled rather quickly. The group’s despicable acts against the Northern Command—attacking its bases and seizing military equipment while allegedly ethnically profiling non-Tigrayan members of the national army and committing heinous acts against them—have strengthened the resolve of the federal government and many Ethiopians to bring criminal elements within the TPLF to justice.

Prime Minister Abiy Ahmed is fighting the country’s revanchist old regime, which is intent on recapturing the economic and political influence it once held.

Abiy Ahmed’s military move against the Tigray region could spark a conflict with the party that once dominated Ethiopian politics—and tear the country apart.

The only thing going according to plan for the TPLF leadership seems to be the chorus of international personalities and actors calling for a dialogue between the federal government and TPLF leaders. As well-meaning as many of the voices calling for negotiations are, they also seem to ignore the Machiavellian and deadly machinations of the remnants of the old TPLF regime and are shying away from blaming them for destabilizing the country.

As well-meaning as many of the voices calling for negotiations are, they also seem to ignore the Machiavellian and deadly machinations of the remnants of the old TPLF regime and are shying away from blaming them for destabilizing the country.

If the TPLF leadership is guaranteed the impunity it desires through an internationally brokered deal, the cause for justice and sustainable peace will be severely harmed. Above all, it creates a precedent for other groupings within the Ethiopian federation to learn the wrong lesson: that violence pays off.

The federal government’s military operations should be completed as quickly as possible and in a manner that minimizes the humanitarian cost of the campaign and brings TPLF leaders to justice while protecting civilians. In the meantime, those who are advocating dialogue with the TPLF leadership should carefully consider the full implications of what they are calling for, as they will be opening a Pandora’s box that other ethnic-based groupings are ready to emulate. Those calling for talks should understand that the very prospect of negotiating with the TPLF’s current leadership is an error—as a matter of both principle and prudence.

In the past few days, the true nature of the TPLF leadership has become clear. A senior spokesperson has publicly admitted that the leadership planned and executed an attack against the Northern Command, massacring those members of the army who resisted, in what he referred to as “anticipatory self-defense.” The alleged heinous crimes the TPLF leadership has committed against civilian populations in places like Mai-Kadra—which have been reported by Amnesty International and should be verified by an independent body—would, if confirmed, demonstrate its genocidal desperation.

The rocket strike against the Eritrean capital, Asmara—carried out in a last-ditch attempt to internationalize the conflict—also shows that the TPLF leadership is a threat to the peace and security of the broader region.

Ethiopians should not be expected to embrace such a sinister and dangerous party in the guise of a so-called all-inclusive dialogue. The TPLF leadership, as it stands, is nothing more than a criminal enterprise that should not be included in any dialogue meant to chart the future of Ethiopia.

The TPLF leadership, as it stands, is nothing more than a criminal enterprise that should not be included in any dialogue meant to chart the future of Ethiopia.

Peace-loving members of the TPLF party and the people of the Tigray region at large, along with other Ethiopians, are the true owners of a democratic Ethiopia.

For its part, the federal government must seek to avoid any civilian casualties and protect all civilians affected by the current conflict. Access to humanitarian assistance must be allowed in Tigray. There are also allegations of ethnic profiling of Tigrayans in some corners of federal government entities, and the administration of Prime Minister Abiy Ahmed should investigate these charges as quickly as possible. If verified, this is a dangerous development and should be condemned in no uncertain terms, and the perpetrators should be brought to justice.

Ethiopia should be a place where the constitution and the rule of law prevail so democratization can progress rather than letting our beloved country slide into chaos.