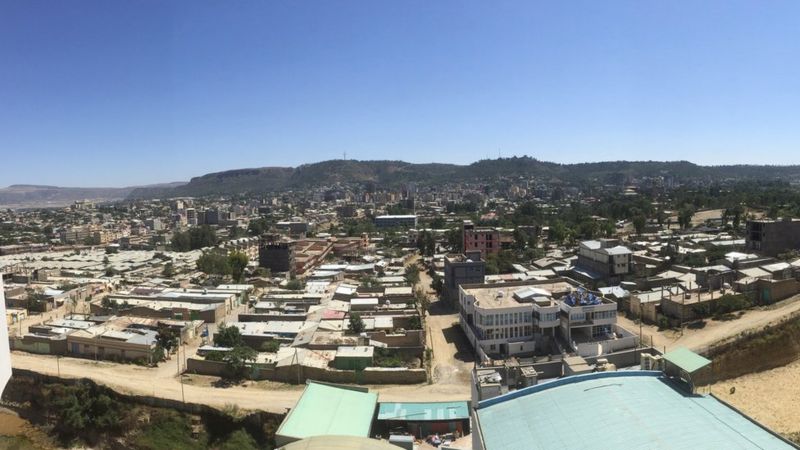 The army earlier entered Mekelle as it stepped up its offensive against the Tigray People’s Liberation Front.

Communications remain down in the region and the TPLF has not commented on the army’s claims. It earlier urged nations to condemn the attack.

Hundreds have been killed and thousands displaced in the conflict.

It began earlier this month after Mr Abiy announced an operation against the TPLF, the regional party, accusing it of attacking the Ethiopian army’s northern command HQ in Mekelle.

What’s the latest from the Tigrayan capital?

Details of the fighting are hard to confirm because all phone, mobile and internet communications with the Tigray region have been cut.

However, in a statement on Twitter, Mr Abiy said the army was in full control and that this “marks the completion of the [military’s] last phase”.

“I am pleased to share that we have completed and ceased the military operations in the Tigray region,” he said.

The army had released thousands of soldiers taken by the TPLF and was in control of the airport and regional offices, Mr Abiy said, adding that the operation had been carried out with “due care for citizens”.

There have been fears for the 500,000 people living in the city.

Mr Abiy said: “We now have ahead of us the critical task of rebuilding what has been destroyed… [and] returning those who have fled.”

A separate TPLF statement, reported by AFP, urged “the international community to condemn the artillery and warplane attacks and massacres being committed”.

It also accused the Eritrean government of involvement in the attack on Mekelle.

In a meeting on Friday, Mr Abiy told African peace envoys that civilians would be protected.

However, there was no mention of potential peace talks and the envoys were not allowed to visit.

The UN had warned of possible war crimes if the Ethiopian army attacked Mekelle.

It has also expressed concerns about the lack of access for humanitarian workers.

The Ethiopian authorities said on Thursday that “a humanitarian access route” overseen by the government would be opened, adding they were “committed to work with UN agencies… to protect civilians and those who need it”.