WARNING! Coming Year Millions Will Starve in the Horn of Africa 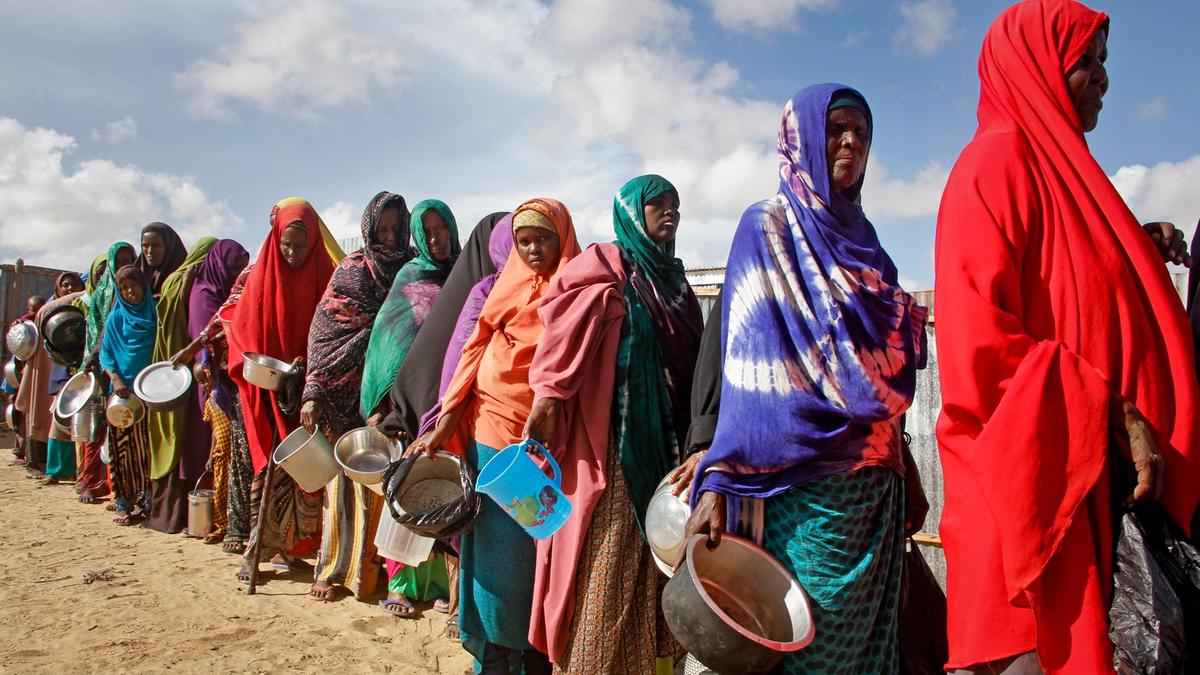 Addis Abeba, December 11/2020 –Over 50 million people are in need of immediate food assistance in the Horn East and Central Africa, with numbers expected to rise significantly as the region braces for harsh, climate fueled La Niña conditions, said Oxfam yesterday. The warning comes as world leaders prepare to meet for a virtual Climate Ambition Summit on Saturday 12 December.

Starting in mid-December, Ethiopia, Somaliland, Djibouti, Eritrea, South Sudan, Somalia, Kenya, Tanzania, Rwanda, and Uganda are likely to suffer from below average rainfall as a result of a strong La Niña, which could result in millions more people going hungry in 2021.

Lydia Zigomo, Oxfam in Horn, East, and Central Africa Regional Director, said: “The forecasted dry season will be the last straw for many, devastating their remaining crops and cutting their lifeline of food and income.”

The climate crisis is causing erratic weather patterns across the world including longer and more severe droughts across the Horn, East and Central Africa region. It is likely to increase the frequency and strength of La Nina events. Any rainfall that does come is likely to arrive in heavier bursts devastating crops by flooding or washing away recently planted seeds and seedlings.

Farmers, who make up almost 80 per cent of the region’s population, have already been hit hard by severe floods and the biggest desert locust swarms in 70 years – both supercharged by the climate crisis – as well as the economic fallout of COVID-19 pandemic.

The infestation in Ethiopia is feared to be the worst on record and threatens the  “meher” harvest, which contributes 80% of the country’s total harvest. According to the Food and Agricultural Organization, swarms are expected to move south in Somalia and Ethiopia, reaching northern Kenya from mid-December. A single swarm can contain up to 150 million locusts per square kilometer of farmland.

Noor Maalim Abdi, a Kenyan farmer, said: “We used to have three meals a day, but with the locusts and COVID-19, not anymore.  For now, we sell our animals to sustain our families but with the curfews and lockdown it’s not easy. Our movement is restricted.”

Abdilaahi Wayrah, a Somali farmer who works with Oxfam, said: “The locusts destroyed our crops at the time we were expecting to harvest. I’ve never seen infestations like this before, and the saddest thing was that we couldn’t do anything about it.

“Then COVID-19 came, and because of the lockdown, seed and pesticides prices went up. We could not afford to buy these necessary things. We don’t have enough food at the moment, but we’re trying to rebuild again.”

Zigomo added: “The incredible resilience of the most vulnerable people across the Horn, East, and Central Africa is being tested to breaking point by a combination of disasters that are not of their making.

“Urgent action is needed to provide the assistance desperately needed by millions of hungry people.

Oxfam and its partners are supporting more than 897,000 people in Ethiopia, Uganda, South Sudan, Somalia, and Tanzania with food, clean water, sanitation, cash assistance and seeds. Oxfam has also reached 3.5 million people in September and 2.6 million in October with COVID-related support.