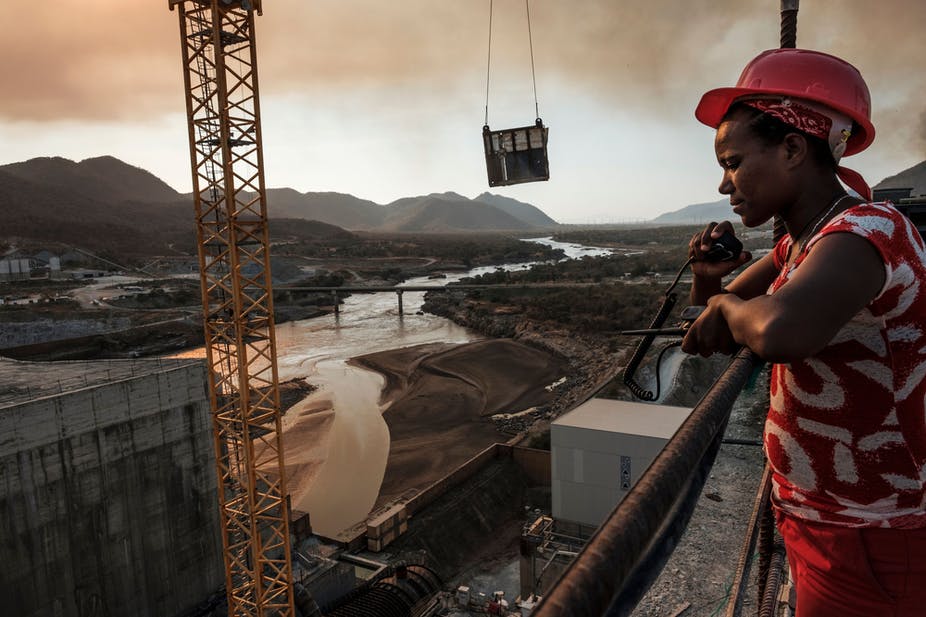 The three countries are seeking to resolve a row over the huge dam on the Blue Nile. The controversial structure has been almost a decade in the making but there is optimism a deal could be reached by the end of January.

Ethiopia claims the hydroelectric power produced at the dam is essential for it to meet the energy needs of its population. Ethiopia also insists downstream countries’ water supplies will not be adversely affected.

However, the other two countries at the resumed talks have expressed concerns.

Egypt, which relies on the Nile for about 97% of its irrigation and drinking water, fears the dam would severely cut its water supplies.

Sudan is hopeful the dam will help ease flooding fears, but has also warned that millions of lives would be at “great risk” if no binding agreement was reached.

The three African nations at the center of a spat over the controversial building of the Grand Ethiopian Renaissance Dam (GERD) resumed talks on Sunday, officials said.

Ethiopia, Egypt and Sudan reopened their yearlong negotiations just six weeks after Sudan boycotted the last round of discussions. It had urged continental body the African Union to play a greater role in reaching a consensus over the disputed dam on the Blue Nile.

The three Nile Valley countries held a fresh round of talks by video conference in the virtual presence of South African officials, as well as other international observers. South Africa is the current head of the African Union’s rotating council.

Hoping for a conclusion within weeks

“The meeting concluded … that this week will be devoted to bilateral talks between the three countries, the experts, and the observers,” Sudan’s Water Ministry said in a statement.

This week’s negotiations will pave the way “for the resumption of tripartite negotiations on Sunday January 10 in the hope of concluding by the end of January,” the ministry added.

One thought on “Ethiopia, Egypt, Sudan Resume The Dam talks”