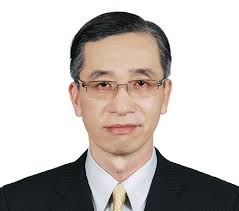 Taiwan which was the latest country to set up a representative office in SL has applauded the UAE as President Musa Bihi Abdi received the letter of credence from the newly appointed ambassador from the UAE to the country.

Taiwan, the last country to formally open representative office in Hargeisa SL has become the first country to welcome UAE’s decision to appoint a new diplomat to Hargeisa.

The envoy made the remarks in a tweet and said that he is delighted to see more like minded partners and natural allies work with the republic of Somaliland.

The UAE has appointed Abdulla Alnaqbi as new representative to SL where eventually President of SL received the credentials at the presidency on Saturday.

The UAE became one of the first Arab countries to appoint a diplomat to SL but the UAE has been the largest direct foreign investor to SL.

Countries including the likes of UK, Turkey, Ethiopia, Djibouti and Taiwan have representative office in Hargeisa.

Kenya is planning to set up its liaison office in Hargeisa soon.