Path to elections in Somalia back on track 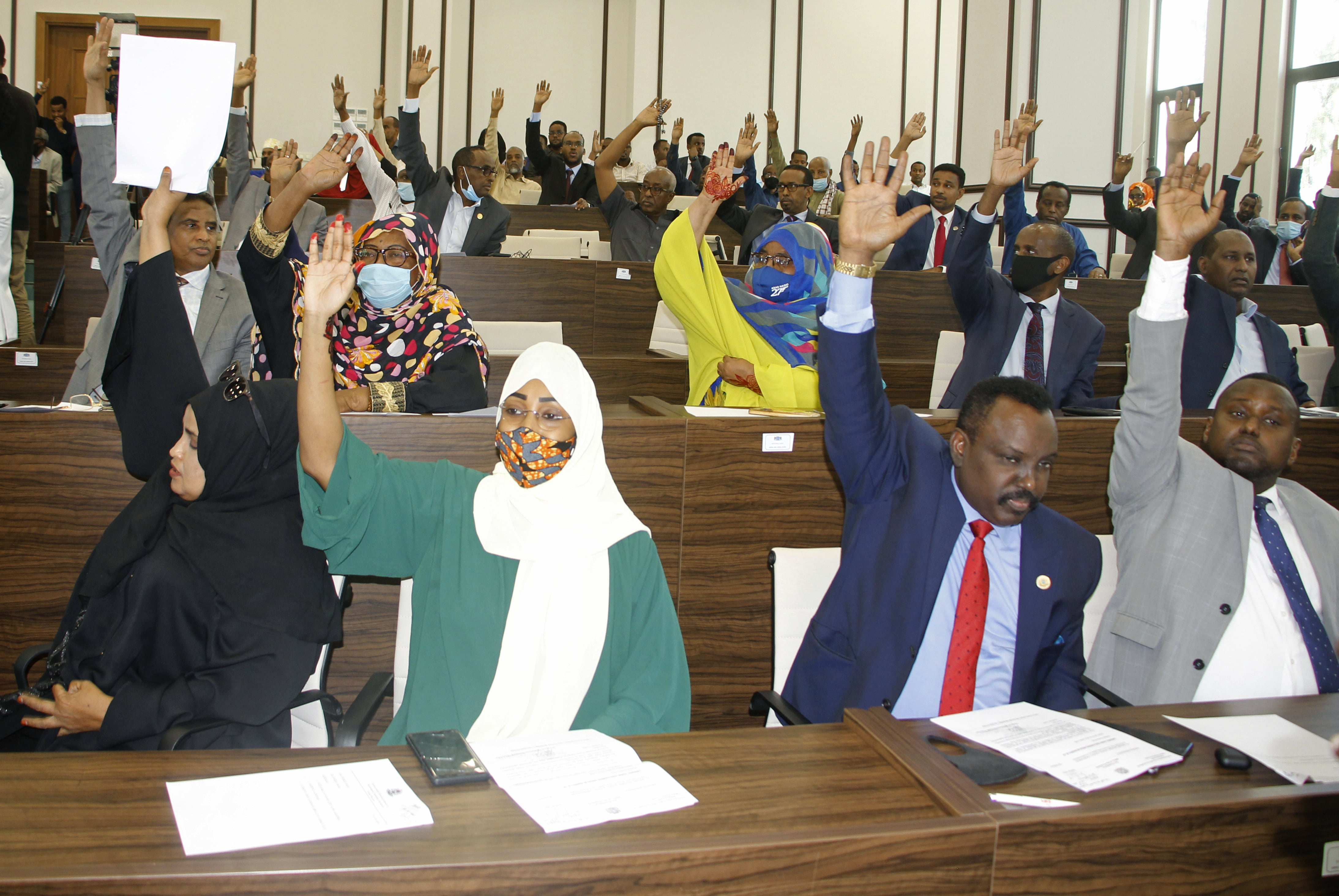 The parliament speaker says 140 MPs backed the return to the September agreement that will allow for indirect presidential and parliamentary elections.

Somalia’s lower house of parliament has voted unanimously to restore an agreement reached last year that will allow the country to hold indirect elections.

The move, however, was rejected by the senate, prime minister, opposition leaders and four of the country’s six federal member states, leading to a standoff in the capital, Mogadishu.

On Saturday, Speaker Mohamed Mursal said 140 MPs had voted to reinstate indirect polls – whereby special delegates chosen by Somalia’s clan elders pick lawmakers who in turn choose the president – based on the September 2020 agreement, with no lawmakers expressing any objection.

In an address to parliament shortly before the vote, Mohamed, who is popularly known as Farmaajo, called on lawmakers to back the return to the agreement.

He also said he had directed Prime Minister Mohamed Hussein Roble to “spearhead the process of preparations and the implementation of the electoral process including key election security arrangements to ensure elections take in a peaceful and stable atmosphere”.

“I also ask the opposition leaders to play their role in pacifying the country and Mogadishu, in particular, for the sake of the people, country and religion,” the president said.

Al Jazeera’s Malcolm Webb, reporting from Nairobi in Kenya, said the move today on part of parliament “is certainly expected to de-escalate the tension that we’ve seen recently in Mogadishu”, though key challenges remained.

“A lot of the opposition believes he [Farmaajo] won’t agree to the terms of any election that doesn’t favour him,” Webb said.

Between 60,000 and 100,000 people were forced to flee their homes following clashes on Sunday that stirred fears of all-out war between heavily armed factions for and against the president.

Elections ‘only way out’

At the heart of the current crisis facing the country is Farmaajo’s failure to hold parliamentary and presidential elections before his term expired in February.

Farmaajo and the federal states had agreed in September to hold indirect elections before the February 8 deadline.

Somalia has not held a direct one-person-one-vote election since 1969 and repeat efforts to organise one have been scuttled by security problems or lack of political will.

The indirect model has been used before. This time around, it was to go further in terms of inclusivity, with double the polling locations and almost twice as many delegates voting as the last election in 2017.

But it never got off the ground, with hostilities between Farmaajo and the leaders of Puntland and Jubbaland derailing the plan.

The two key states accused Farmaajo of stacking all-important electoral committees at a state and federal level with loyalists. The central government rejected their alternatives, with no side agreeing on who would provide security on voting day.

Afyare Elmi, professor of security studies at Qatar University, told Al Jazeera that elections were “the only way out of where we are at the moment”.

“The election has to be also inclusive, and there must be an agreeable plan the prime minister presents,” Elmi said, adding that he faces a “number of challenges”.

“First, everybody mistrusts this government. He has to gain confidence that was lost. Second, he has to actually engage all of the parties that have issues with this election.”