Ethiopia Under Pressure for the Election Deadline, Postponement Might be on the Cards 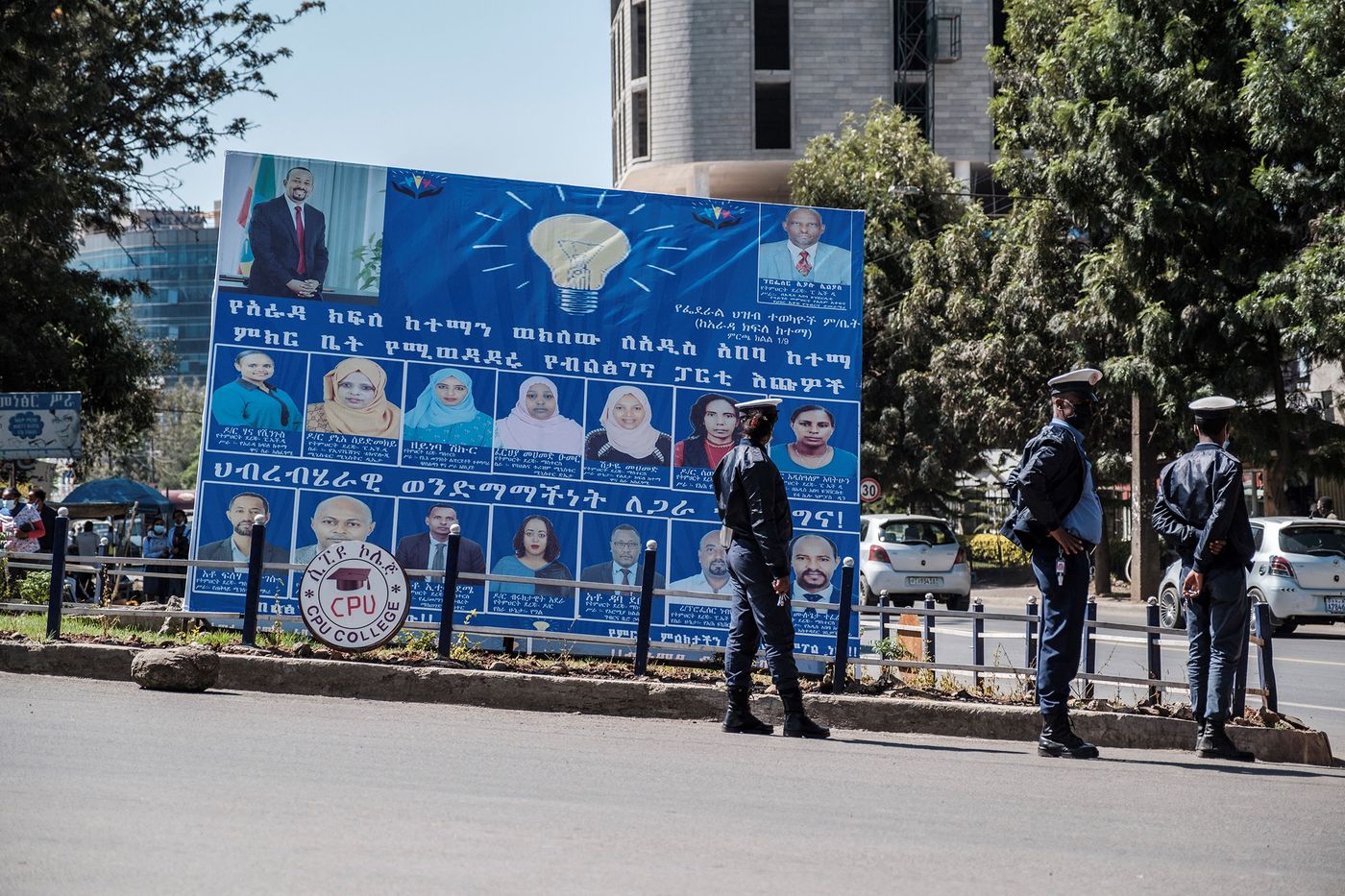 Police officers stand in front of a billboard of the political party of Ethiopian Prime Minister Abiy Ahmed, The Prosperity Party, during the electoral campaign for the general elections in Addis Ababa, Ethiopia, on April 20. Photographer: Eduardo Soteras/AFP/Getty Images

Ethiopia is struggling to conclude preparations for a national election scheduled for June 5, and may delay the vote for a second time in less than a year due to difficulties in registering voters.

About 31.7 million voters in Africa’s second-most populous nation of some 110 million people have so far been registered, according to Birtukan Mideksa, head of the National Election Board of Ethiopia.

“We’ll try to squeeze in the remaining work between the tight dates. If that doesn’t go as planned, there’s a possibility of postponement,” Birtukan told reporters in the capital Addis Ababa on Saturday.

Ethiopians were initially scheduled to vote in August 2020 but delayed the vote because of the coronavirus pandemic.

Prime Minister Abiy Ahmed’s administration is battling multiple security challenges across the country, including a civil war in the northern Tigray region. Authorities already announced that voting wouldn’t take place in Tigray in any June 5 vote. The Oromo Federalist Congress, one of the nation’s biggest opposition parties, ruled out participating with its leaders still in jail over allegations of terrorism and treason.