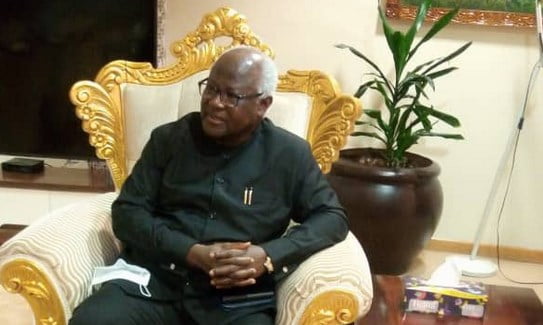 Ex-Sierra Leone President Ernest Koroma has arrived in Hargeisa, the capital of the Republic of Somaliland.

Mr. Koroma has firmly stated that Somaliland is an independent state and echoed similar remarks made by some African states that Somaliland deserves to have int’l legitimacy.

He joins several foreign observers invited to monitor the parliamentary and local government elections slated to happen in Somaliland on 31st May, 2021.

He tweeted “Just arrived in Addis Ababa on my way to the Republic of Somaliland to once again support the building and consolidation of peace and democracy in Africa.”

Most of those who reacted to the tweet praised the former leader welcoming him to Somaliland.

“Welcome to the Republic of Somaliland Mr.President! We hope you enjoy your stay and become a beacon towards our International Recognition,” Kilaasjnr tweeted.

Koroma will be joining various observers from across the continent and beyond.

Some of the countries which are sending observers include Kenya, UK, US,  Canada among a host of other organizations and countries.

Kulmiye ruling party has been in the helm for the last decade following the unseating the former SL president Dahir Rayale Kahin in 2010 presidential polls. The party is quite hopeful that it will secure the majority seats of the local councils and house of national assembly.