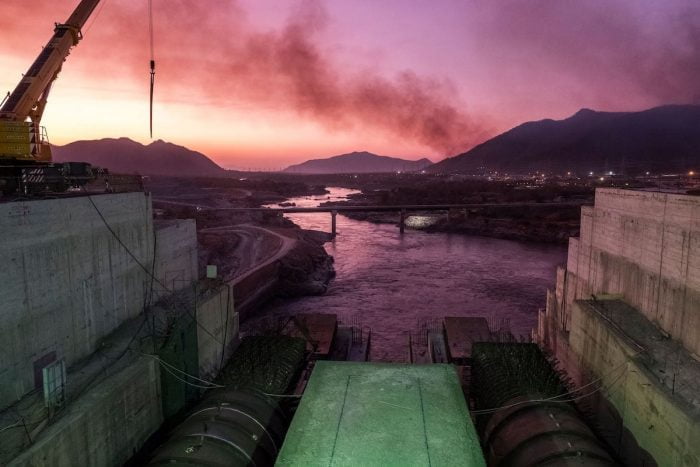 A general view of the Blue Nile river as it passes through the Grand Ethiopian Renaissance Dam (GERD), near Guba in Ethiopia, on 26 December 2019 [EDUARDO SOTERAS/AFP via Getty Images]

Kenya and Egypt have signed a technical agreement on defence cooperation as tensions run high in the Renaissance Dam (GERD) negotiations which have been ongoing for years with no resolution.

Egypt has worked hard to mobilise African support for its position on the dam and has signed similar agreements with Burundi and Uganda.

Ethiopia is set to kick off the second phase of filing the GERD, which it says will provide the country with urgently needed electricity and economic regeneration.

Ethiopia’s Minister of Water and Irrigation, Seleshi Bekele, recently announced that more than 80 percent of the construction has now been completed.

Egypt believes that the filling of the dam will severely limit its water supply and that it is being filled and operated before an agreement is reached between them and Sudan.

Kenya is Africa’s representative at the UN Security Council and has previously announced its support for Egypt’s position in the dam negotiations.

Exports between Egypt and Kenya are growing and in 2019 the two countries signed a military agreement over the supply of equipment and arms.