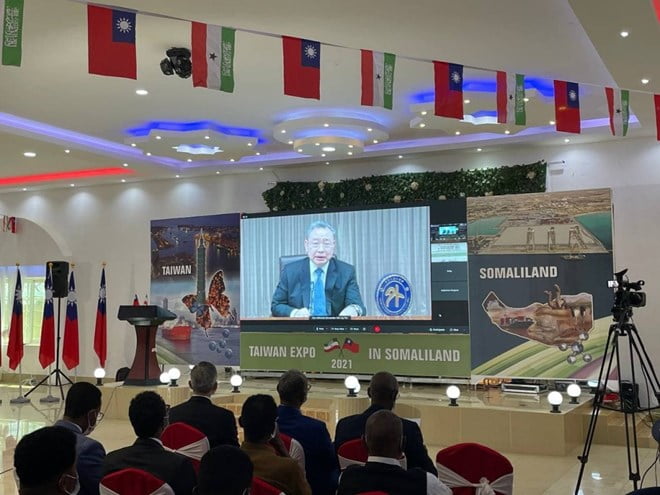 Taiwan News) — Taipei, Taiwan Taipei, Taiwan Organized jointly by the Ministry of Foreign Affairs (MOFA), the Taiwan External Trade Development Council (TAITRA), and the Importers and Exporters Association of Taipei (IEAT), the 2021 Taiwan Expo in the Republic of Somaliland and the Business Matchmaking Program for Imports from East Africa officially kicked off on Thursday (Nov. 4).

The opening ceremony saw over 130 Somaliland government officials and business representatives in attendance, while Taiwan MOFA Vice Minister Alexander Yui (俞大㵢) attended online, MOFA said in a press release. In his opening remarks, Yui compared the two countries’ key locations on maritime trade routes and suggested that they may serve as each other’s base for market expansion in respective regions.

With the Taiwan-Somaliland partnership as a foundation, Taiwan may also further promote interactions with countries that share values of democracy and freedom, such as Ethiopia, Kenya, and Uganda. These exchanges will be based on transparency, responsibility, and continuity, and will become mutually beneficial business partnerships, said Yui.

According to MOFA, 73 Taiwan businesses will be showing over 400 medical, communication, food, solar power, and automotive part products during the expo.

During the event, the IEAT signed sister association memoranda of partnership with the Somaliland Chamber of Commerce, Industry and Culture, Addis Ababa Chamber of Commerce and Sectoral Associations, and the Kampala City Traders Association. The IEAT also announced the online instant business exchange platform, while products from East African countries were also flown into Taipei for Taiwan businesses to see.

Since Taiwan and Somaliland set up mutual official representative offices, the relationship between both countries has steadily warmed. On Oct. 13, Somaliland’s new Minister of Foreign Affairs and International Cooperation Essa Kayd Mohamud Raagsale thanked Taiwan Minister of Foreign Affairs Joseph Wu (吳釗燮) and Yui for the Taiwan government’s and people’s help during the COVID-19 pandemic and reaffirmed Somaliland’s dedication to strengthening Taiwan-Somaliland relations.