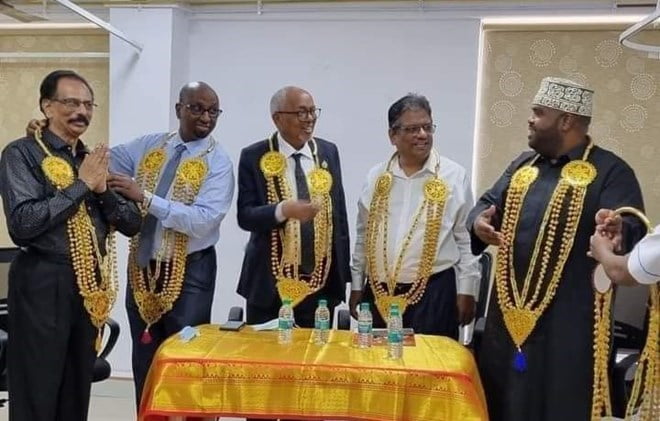 A joint venture between two banks and a major hospital in India is set to construct a multimillion-dollar hospital in Hargeisa, the capital of the Republic of Somaliland, following an agreement Sunday.

The Somaliland state broadcaster said the break-away vice president, Abdirahman Abdillahi Ismail (Saylici) signed an agreement with Deepam Hospital to construct a state-of-the-art hospital in Hargeisa at a cost of $100 million.

The details of the agreement were, however, not immediately clear. “Continuing his business trip, the Vice President has signed an investment agreement with one of India’s largest hospitals to build a $100,000,000 (100 million) hospital in the country,” the broadcast read in part.
The agreement involved three banks in India and was witnessed by government ministers and the hospital’s senior management.

According to Saylici, about 50,000 Somalilanders seek medical help abroad including in Indian annually.

The agreement marks yet another major bilateral project inked by the Somaliland government in recent years.

The break-away region granted a $442 million concession to Dubai’s DP World to upgrade the Berbera port.