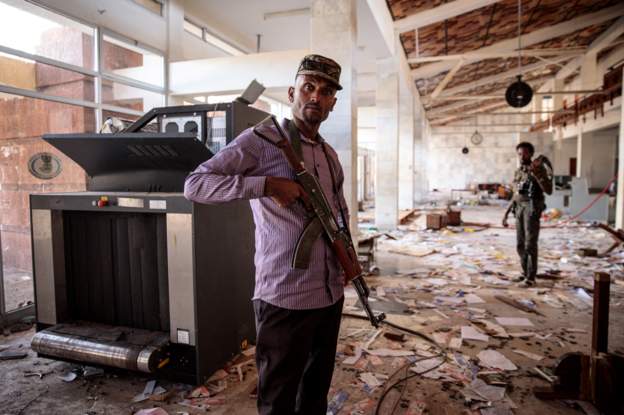 The executions occurred between 31 August and 9 September this year, it says in a new report.

Witnesses described to HRW investigators that they saw Tigrayan fighters in Chenna and Kobo villages kill a total of 49 civilians in separate incidents.

“Tigrayan forces’ apparent war crimes in Chenna and Kobo spotlight the urgent need for all warring parties in Ethiopia to prioritize the protection of civilians,” she added.

The Tigrayan forces have not responded to the accusations.

HRW has called on the UN to establish an international inquiry into war crimes – and probe abuses by all parties in the Tigray conflict.

Government troops have recently reclaimed towns and cities in the Afar and Amhara regions, previously held by the Tigray fighters.

The year-long conflict in Ethiopia has created a huge humanitarian crisis with thousands killed and at least eight million people in urgent need of assistance.