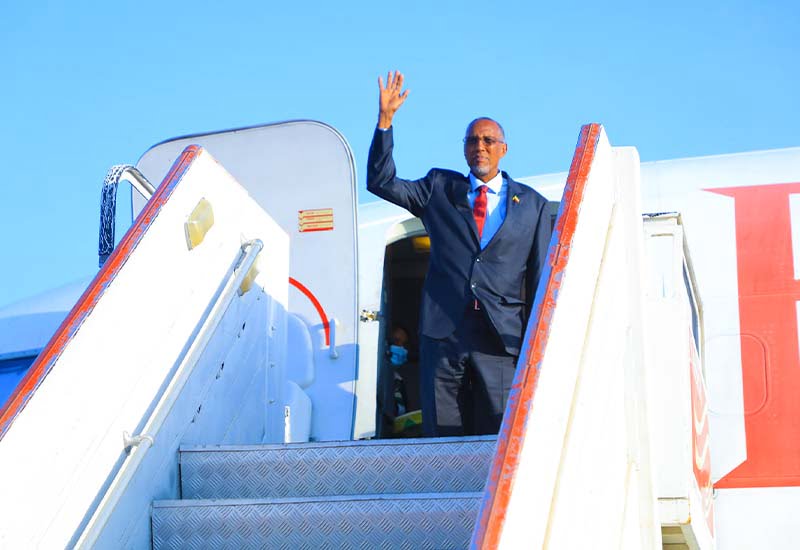 During his stay in the US, President Bihi is due to deliver a speech at Heritage Foundation and is also expected to meet with members of the U.S. Congress as well as other influential personalities.

A high-powered ministerial delegation is accompanying the president’s visit to the US.

Jama Muse Jama and other business tycoons, including the likes of Dahabshiil, Telesom, and Somcable, are traveling with the president.

The Ministers of Foreign Affairs, Interior and Information, and representatives of local business giants are part of the President’s delegation.

Speaking to reporters at Egal Airport, the Minister of Information Saleban Ali Kore said the President’s trip came after an official invitation from the United States and would hold talks with US officials on bilateral ties.

“Everything in the interest of Somaliland” would be discussed and the President’s delegation would pitch investment opportunities in the self-proclaimed state to the United States, he added.

Bihi will give a keynote speech at Heritage Foundation on March 15 to address “the great potential that exists in stronger ties between the US and Somaliland”.

The plane carrying Somaliland high-powered delegation headed up by the president departed from Egal Int’l Airport.

The FM is in Washington DC and is currently paving the way for the President’s trip to the US.

He will join the delegation once they arrive in Washington.