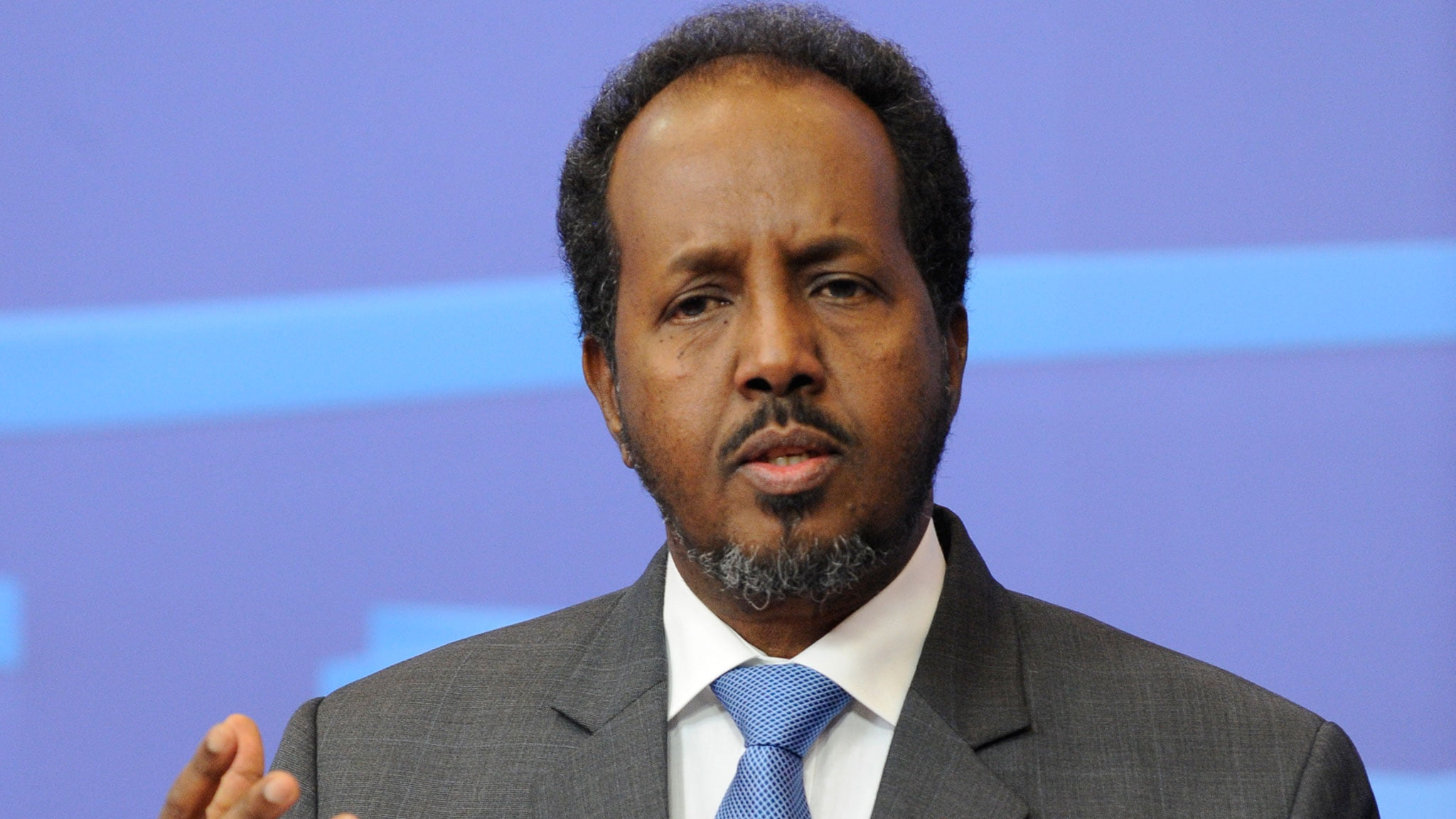 Former President Hassan Sheikh Mohamud, and incumbent leader Mohamed Abdullahi Mohamed, attended a voting session for the presidential election at the Halane military camp, which is protected by African Union peacekeepers, in Mogadishu, Somalia on Sunday, May 15, 2022.

Somali members of parliament have elected former leader Hassan Sheikh Mohamud as the country’s next president, following a long-overdue election on Sunday in the troubled Horn of Africa nation.

Hassan Sheikh Mohamud, who served as Somalia’s president between 2012 and 2017, won the contest in the capital, Mogadishu, amid a security lockdown imposed by authorities to prevent deadly rebel attacks.

Mohamed conceded defeat, and Mohamud was immediately sworn in.

The 66-year-old Mohamud is the leader of the Union for Peace and Development Party, which commands a majority of seats in both legislative chambers. He is also well-known for his work as a civic leader and education promoter, including for his role as one of the founders of Mogadishu’s SIMAD University.

The field of candidates has been whittled down from a long list that featured 36 names in the first round of voting.

In 50 years, Somalia has not held a one-person, one-vote election. Instead, polls follow a complex indirect model, whereby state legislatures and clan delegates pick lawmakers for the national parliament, who in turn choose the president. The third round of voting was decided by 328 legislators, and a simple majority was enough to select a winner.

Analysts had predicted that incumbent President Mohamed – who also is known as Farmaajo because of his appetite for Italian cheese – would face an uphill battle to be re-elected. No sitting president has ever won re-election in Somalia, where rival clans battle intensely for political power.

While Mohamed had made it to the third and final round, he was expected to face a strong challenge from the previous president, Mohamud.

For Mohamed and his supporters, Sunday’s loss will be disappointing after he rose to power in 2017 as a symbol of a Somali diaspora eager to see the country prosper after years of turmoil.

Mohamed now leaves behind a country even more volatile than before he took over, and with rising al-Shabab attacks.

A member of the Hawiye clan, one of Somalia’s largest, Mohamud is regarded by some as a statesman with a conciliatory approach.

Many Somalis hope Mohamud can unite the country after years of divisive clan tensions and take firm charge of a federal government with little control beyond Mogadishu.

Mohamud promised during campaigning that his government would be inclusive, acknowledging the mistakes of his previous government, which faced multiple corruption allegations and was seen as aloof to the concerns of rival groups.