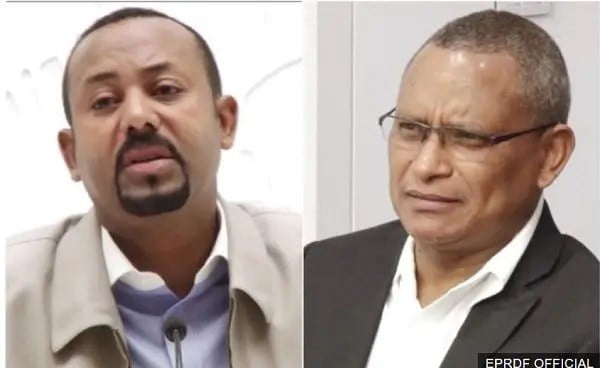 Weeks after unconfirmed news regarding secret negotiation between Prime Minister Abiy Ahmed’s government and the Tigray People’s Liberation Front (TPLF) in Nigeria, a new report indicates that the talk between the two parties is going to take place in Tanzania.

Le Monde, a French News source, said, in a report published on Thursday, “behind the scenes” negotiation is organized between the Federal government and TPLF forces. It is planned to take place at the end of June in Arusha, Tanzania.

advertisementsThe source cited “several African and western diplomats” to report that the discussion could start by the end of this month.

The negotiation is said to be behind doors and both parties will be represented by a team of five negotiators. The negotiation aims, for a negotiated ceasefire.

Humanitarian deliveries and resumption of social services in the Tigray region, including electricity and banking, among other things, constitute agenda items for the talk.

According to Le Monde, TPLF is to renounce its claim over the Wolkait area of Gondar which is used to call as “Western Tigray.”  Le Monde cited unnamed diplomatic sources in Addis Ababa  to report that  “the Tigrayan leadership gives the impression of gradually abandoning its claims to Wolqayt.”

The TPLF, however, says that the report is “mendacious.”

“An article by a French newspaper #LeMonde apparently claims, quoting unnamed Addis-based diplomats, that discreet talks will be held b/n Tigray and Ethiopian authorities and the former has “abandoned their claims to Western Tigray”. These are mendacious claims, of course. While we will officially address these claims soon, let me set the record straight on the question: it is the declared intention& position of the government of Tigray to reclaim every square inch of Tigray’s territory by every possible means available- peaceful or otherwise; and soon!”

Earlier this week, the press secretary in the office of the Prime Minister, Billene Seyoum, described reports of unconfirmed clandestine talk between Abiy Ahmed’s government and the TPLF as “disinformation by local media.”

However, former Nigerian President Olusegun Obasanjo, who is now serving the African Union as a special envoy to the Horn of Africa, said there have been improvements in the indirect talks between the TPLF and Prime Minister Abiy Ahmed’s government. Mr. Obasanjo said that the talk is now better than what it was six months ago.

When Ethiopia’s Minister for Finance, Ahmed Shede, presented a draft budget for the next fiscal year at the Ethiopian Parliament, he said that one of the assumptions taken into consideration when preparing the budget is that there will be no war in northern Ethiopia. The Tigray region itself will be getting 12 billion Ethiopian birr from the budget.

Since the TPLF is firmly administering the region, despite the fact that the Ethiopian parliament designated it as a terrorist organization, it will be administering the budget to be released from the Federal government.