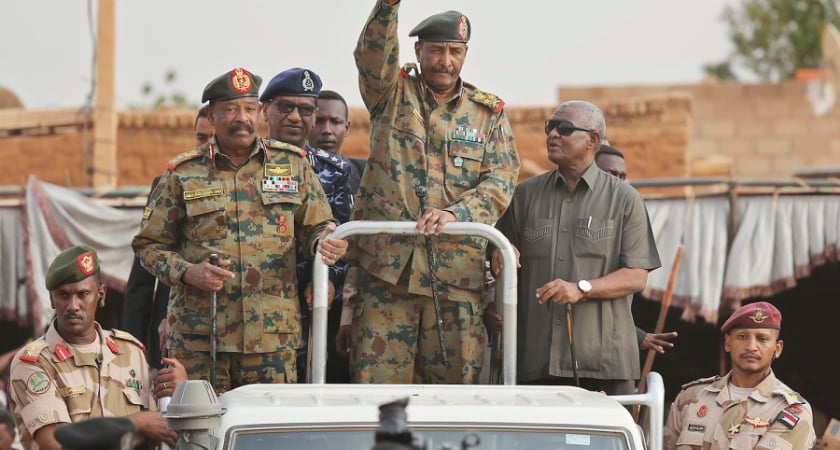 The UN has said it doesn’t know the whereabouts of hundreds of former Ethiopian peacekeepers.

They had sought asylum in neighboring Sudan after refusing to return home at the end of their mission.

Tens of thousands of ethnic Tigrayans have crossed the border to seek refuge in neighboring Sudan since the civil war broke out in November 2020.

Now the UN’s refugee agency, the UNHCR, says that earlier this year they received “credible reports” that there were efforts to recruit soldiers – sometimes forcefully – among those refugees.

The UNHCR says it relayed its “strong concerns” to the Sudanese authorities and there were improvements.

Among those seeking refuge were 650 former Ethiopian peacekeepers – mostly of Tigrayan ethnicity. They refused to return home for fear of persecution.

Nearly 250 of them were granted refugee status – but the UNHCR told the BBC that it does not have information on the rest.

The capture of the town of Humera, which lies at an intersection between Ethiopia, Eritrea, and Sudan, by the Tigrayans would be a significant development because it would enable the TPLF to open up weapons-supply corridors and potentially launch an attack on Eritrea, a long-standing foe.

The ex-peacekeepers refused to return to Ethiopia earlier this year after completing a mission in Abyei, a border region contested by Sudan and South Sudan. They’ve since found refuge in Sudan, where they applied for asylum and prepared to join the war, according to five people with knowledge of the situation who asked not to be identified because they aren’t authorized to speak to the media.

The ex-peacekeepers, including hundreds of officer-level soldiers who were part of the Ethiopian army before joining the UN force, initially conducted operations inside Sudan and have recently moved close to Humera in western Tigray, two of the people said.

Eritrea has backed Abiy’s war with Tigray, while Sudan’s government has been at odds with his administration over the construction of a massive hydropower dam on the Nile River that originates in Ethiopia and traverses Sudan.

Brigadier Nabil Abdullah, a spokesman for the Sudanese Armed Forces, denied that any unit of the Tigrayan armed forces or the ex-UN peacekeepers were present in his country. A spokesperson for the UN Refugee Agency and the peacekeepers in Sudan didn’t reply to questions.

The unit has been joined by a number of people who fled fighting during the war and some residents of western Tigray, according to two of the people. Access to the region has been restricted and most communications have been cut off, making it difficult to verify what the unit has been doing or how effective it has been.

Thousands of Tigrayans have been detained and held without trial in makeshift prisons across Ethiopia since the civil war erupted. More than 500 Ethiopian peacekeepers stationed in Sudan sought asylum in April rather than return home, fearing they would be persecuted due to their Tigrayan ethnicity.