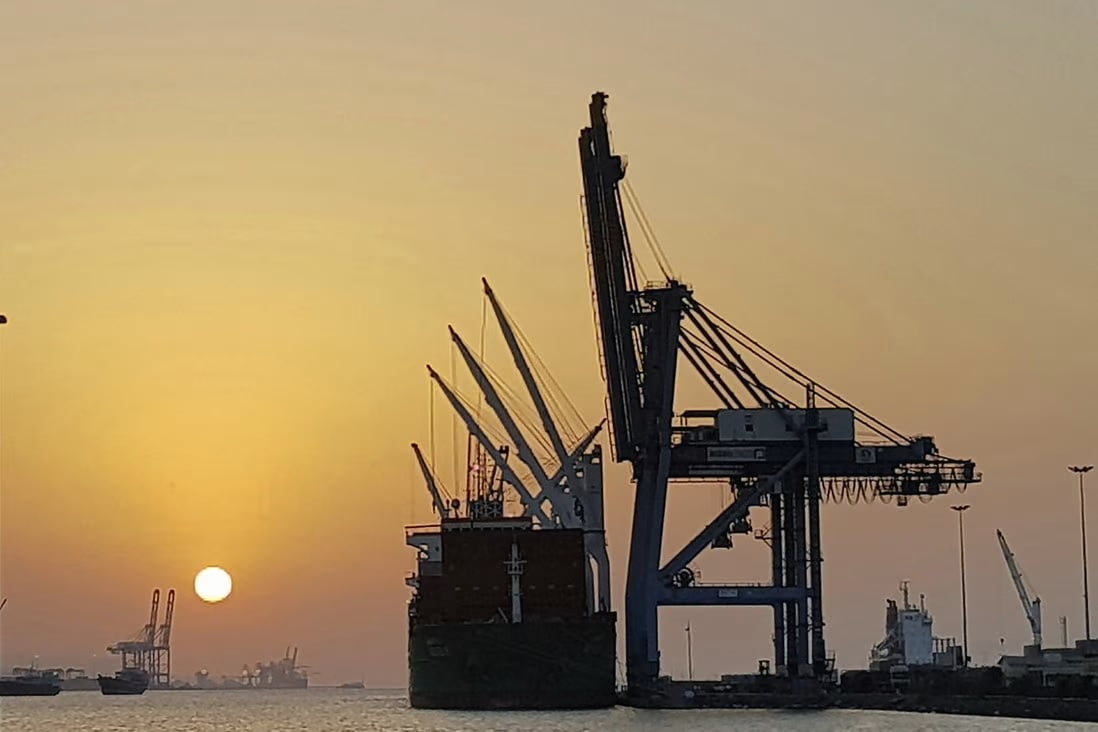 The decision affects two of its bilateral creditors, with China holding the vast majority of Djibouti’s debt

Djibouti owed a total of US$2.68 billion to external creditors as of the end of 2020, according to the World Bank.

Its strategic position – on the Horn of Africa’s Bab-el-Mandeb Strait that controls access to the Red Sea and the Suez Canal – has made Djibouti a major destination for Chinese capital, especially in the maritime and free-trade zones.

As a crossroads between Africa, the Middle East, and Europe, Djibouti has been a crucial hub for China’s Belt and Road Initiative, the multitrillion-dollar infrastructure plan behind numerous mega-projects across the continent.
Data from Boston University’s Global Development Policy Centre shows Djibouti took US$1.5 billion from Chinese lenders between 2000 and 2020.
Much of the money was advanced in 2013 – US$492 million to finance the construction of its portion of the Addis Ababa-Djibouti railway, and US$322 million for the 101km (63 miles) water pipeline from the Ethiopian town of Hadagalla to the Djiboutian interior.

Djibouti borrowed a further US$344 million in 2016 for the construction of the multipurpose Doraleh port. All three of these loans were extended by the Export-Import Bank of China.
In 2017, another US$150 million was provided by China Merchants Port Holdings Company Ltd, to build the Djibouti free-trade zone.

Other Chinese companies have also invested in the country’s maritime industry and free-trade zones. China Merchants Group has pumped money into turning the Port of Djibouti into an international business district. It has also funded the port’s mega extension – the US$590 million Doraleh multipurpose port – just west of the capital.
China’s first overseas military base opened in 2017 next to the Chinese-operated port of Doraleh. The country also hosts US, French and Japanese bases, and it is the presence of so many facilities that may be behind its debt servicing decision.

Bohlund said the Djibouti government was likely to reason that it’s hosting of a “multitude” of military bases would keep it safe from any repercussions, as “Beijing prioritizes its military presence on a key trade route over any pecuniary losses on its Djibouti claims”.
“While this is likely to be true, Beijing is likely to be concerned that other Belt and Road Initiative creditors will also suspend payments,” he said.

Alex Vines, head of the Africa program at London-based think tank Chatham House, said Djibouti continued to be disproportionately affected by the steep rise in global food prices and the war in Ukraine, including disruptions to food supply chains.
Djibouti is a net importer of food and fuel, covering up to 90 percent of its food needs through imports.

“The spillover effects of conflict in Ethiopia have also led to periodic shortages of produce imports and a depressed Ethiopian market, on which Djibouti is highly reliant,” Vines said.
“Soaring global oil and food prices have pushed up inflation – the year-on-year rate at the end of June 2022 was 11 percent.”
On top of these shocks, along with the DSSI’s expiration, “it is unsurprising that Djibouti is having repayment troubles”, Vines said.
“China is likely to renegotiate its debt bilaterally with Djibouti – given the slowness of the follow-on Common Framework initiative following the DSSI – this is likely to be the preferred option,” he said.
“China’s lending to Djibouti has also been due to its geostrategic location and so Beijing will wish to continue to build its influence.”

Tim Jones, head of policy at British-based charity Debt Justice, said Djibouti’s debts were always going to be difficult to pay, “but have become unpayable because of the impacts of the Covid-19 pandemic and other economic shocks on the economy of Djibouti”.
“The suspension of debt payments to bilateral creditors, including China, in 2020 and 2021 helped, but did not deal with the fundamental need for some of the debt to be canceled,” Jones said.
Djibouti’s decision to suspend its bilateral debt payments adds to concerns about the growing number of countries in Africa facing repayment troubles. In 2020, Zambia became the first African country to default on some of its debts. Kenya and Ethiopia are also feeling the squeeze.
Jones said that while China was a significant lender in other countries, so were others, including Western private lenders and multilateral institutions. “Djibouti is unusual in that China is by far the largest creditor – 65 percent of Djibouti’s external debt payments in coming years are to China.”

Tim Zajontz, a research fellow at the Centre for International and Comparative Politics at South Africa’s Stellenbosch University, said the sustainability of Djibouti’s debts was questionable long before the pandemic further curbed its debt-servicing capacities.
“Skyrocketing global inflation, an economic downturn in neighboring Ethiopia, and the severe drought in the region have in recent months further depressed Djibouti’s economic situation,” Zajontz said.
“It is likely that Djibouti will not be the last African country not able to service its loans. The acute social and economic repercussions of multiple global crises demand multilateral debt relief from Africa’s main creditors, including China.”

Zajontz said Djibouti was of “immense geopolitical and geoeconomic importance to China, as it hosts a Chinese naval base and is the most important logistical entrepot for China in the Horn of Africa”.
“To maintain sound relations, it is possible that Beijing will accommodate the Djiboutian government with a debt restructuring plan, as they previously did in the case of neighboring Ethiopia,” he said.
In 2019, when Djibouti faced similar debt challenges, it reached a deal with China’s Exim Bank to restructure the railway loan, according to the IMF.
In the same year, Kuwait also announced an agreement had been reached to reschedule some of the loans made to Djibouti by the Kuwait Fund for Arab Economic Development.