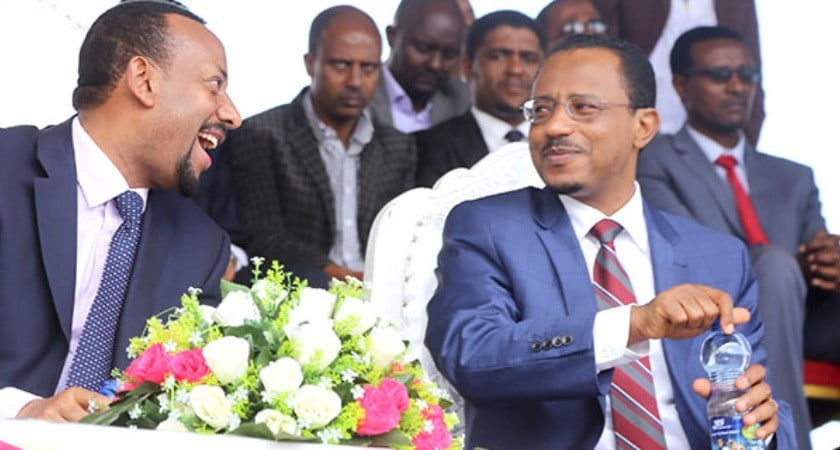 the Prosperity Party branch in the Oromo region of Ethiopia reportedly suspended Lemma Megersa from his position of the executive committee.

The decision came following a party evaluation in the past two days which was led by Prime Minister Abiy Ahmed. The evaluative meeting was closed one; journalists were not allowed to cover it.

Head of the region’s Prosperity Party branch, Fikadu Tesema, who spoke to Oromia Broadcasting Network regarding the meeting, said Lemma Megersa was removed from his position for “failure to discharge his responsibility.”

Apart from Lemma, Teyba Hassen, also executive committee member, and Milkessa Midega who was central committee member of the party are removed from their position on similar grounds; failure to discharge responsibility.

Fekadu Tessema told the local media in the region that those whose suspension is disclosed on Sunday “could return to their positions whenever they are ready to serve to the extent of their responsibility.”

Lemma Megerssa has been serving as the Minister of Defense. And it is unclear if the Prosperity Party is removing him from his ministerial position as well.

Teyba Hassen has served in the past as the Mayor of Sashemene, a city that was ravaged by radical ethnic Oromo youth groups in early July of this year, until Lemma Megerssa picked her as the vice-president of Oromo regional state following the reform movement for which he was believed to be one of the leaders.

Rumor on social media has it that the Oromo region Branch of Prosperity Party is on the verge of a split over ideological line. Some espouse radical ethnic Oromo nationalism – an ideology that is said to be among the reasons for the massacre of over 240 people. Over one thousand residential houses and hundreds of businesses were also burned in multiple cities like Shashemene, Ziway, Batu, and Arsi Negele, among others.

Dozens of security and administrative officials in the region were arrested following the massacre for failing to defend the lives and properties of thousands of non-Oromo Ethiopians living in the region.

In Shashemene, Meron Tesfaye who was in her ninth month of pregnancy was forced to be nude after a mob broke into her residence and beheaded her only because the killers believed that “Amhara baby will not be born.”

The Oromo region Prosperity Party did not say if the “failure to discharge responsibility” of removed leaders is linked to what many Ethiopians believe to be an ethnic cleansing crime committed in July of this year.