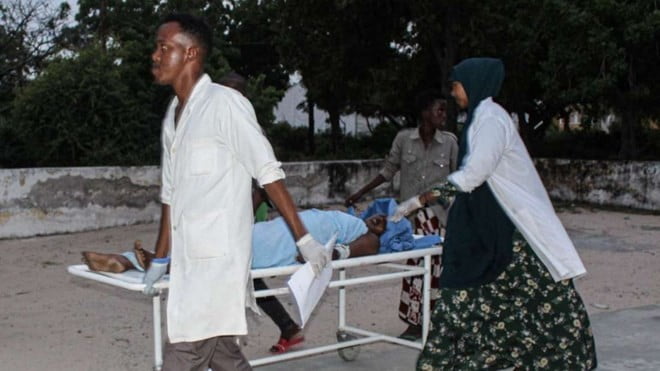 The death toll is feared to be close to 20 with over 30 wounded persons.

The attack on the hotel, which is owned by a Somali MP, began with a blast from a car loaded with explosive material.

The bang was followed by a group of fighters barging into the hotel, prompting an exchange of fire with the facility’s armed security personnel.

“Al-Shabaab forces waged amaliyat (the group’s term for operation) against a hotel owned by member of (Somalia’s) federal parliament,” the jihadist group announced through its broadcaster, al-Andalus.

People in the area reported that they could still hear sounds of gunfire and occasional explosions.
The owner of the hotel, MP Abdullahi Mohamed Nur, posted a message on Twitter saying that he was inside the hotel when the assault started.

“Some people died and others were wounded. I beg Allah’s clemency for the dead and prompt recovery for the inured,” he said.

Initial reports confirmed the death of the Head of Department for Regional Relations for the Ministry of Information, Mr Abdirizak Abdullahi Abdi.

The wounded include Ms Faiza Bella, a singer with Heegan band in Mogadishu.

It is believed that the attackers were four, with two of them reported killed during the three-hour long gun battle with government security officers deployed as reinforcement.