Skip to content
Ethiopia Somaliland The Rest of the World

Trafigura investment in Somaliland is a win for Ethiopia 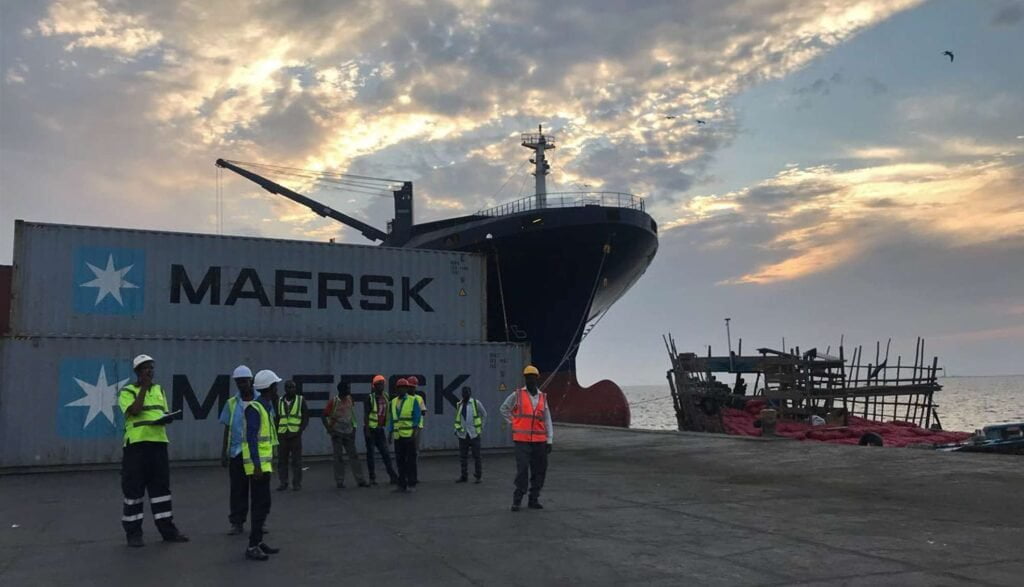 Against the backdrop of an explosion of demand for hydrocarbons, the Swiss trader Trafigura signed a contract with Somaliland to both supply and invest in its port infrastructure.

The race to supply Ethiopia with hydrocarbons is on-going. While Djiboutian authorities laid the foundation stone for the jetty of the future oil terminal at the Damerjog petrochemical complex across the border with much pomp and circumstance on 3 September, Trafigura announced on 7 September that it would be setting up at the port of Berbera, in the unrecognised state of Somaliland.

The Swiss-based trader delivered its first shipment of low-sulfur fuel oil a week ago.

But, in addition to supplying Somaliland with petroleum products, the contract signed with the company also includes an investment (amount not disclosed) in infrastructure modernization to increase storage capacity and increase the draft of the port of Berbera Oil Terminal. This to allow the reception of larger ships.

The port of Berbera, where the Dubai operator DP World (still in open conflict with Djibouti) plans to invest $442m in a new dock, is well positioned to supply southern Ethiopia. This is the regional market that the trader is also targeting.

Trafigura’s investment is nevertheless surprising, given the status of the Somaliland state and the virtual non-existence of road infrastructure between Berbera and Ethiopia, even though an Abu Dhabi-financed company has begun work on a corridor.

“We have not necessarily excluded Djibouti, this opportunity simply presented itself first. This should reduce vulnerability to shocks and delays from Djibouti,” said a spokesperson from Trafigura.

A market of 2.8 billion dollars

Trafigura is moving to Berbera to take advantage of the growing needs of Ethiopia’s big neighbour in hydrocarbons, which have been increasing by 9% a year for the past ten years. Needs that the Horizon oil terminal in Djibouti, managed by the Dubai-based Emirates National Oil Company, can no longer meet on its own. But it is also chance for Trafigura to secure its position in Ethiopia.

Trafigura has been the holder of the annual supply contract launched by the national importer Ethiopian Petroleum Supply Enterprise (EPSE) since 1 July, covering the supply of 60% of the petrol sold in Ethiopia, 50% of the diesel and 25% of the jet fuel. In 2019, the country’s hydrocarbon needs amounted to 4.1 million tons, representing a market of $2.8bn.

If Somaliland’s infrastructure is well developed, Ethiopia has the potential to compete with its two neighbours. On the Djiboutian side, however, there is no cause for concern about this alternative that is only just emerging. For now, the small French-speaking republic remains advantageous in terms of infrastructure and security.