Seawater desalination plant: First in the Horn of Africa and starts in Djibouti 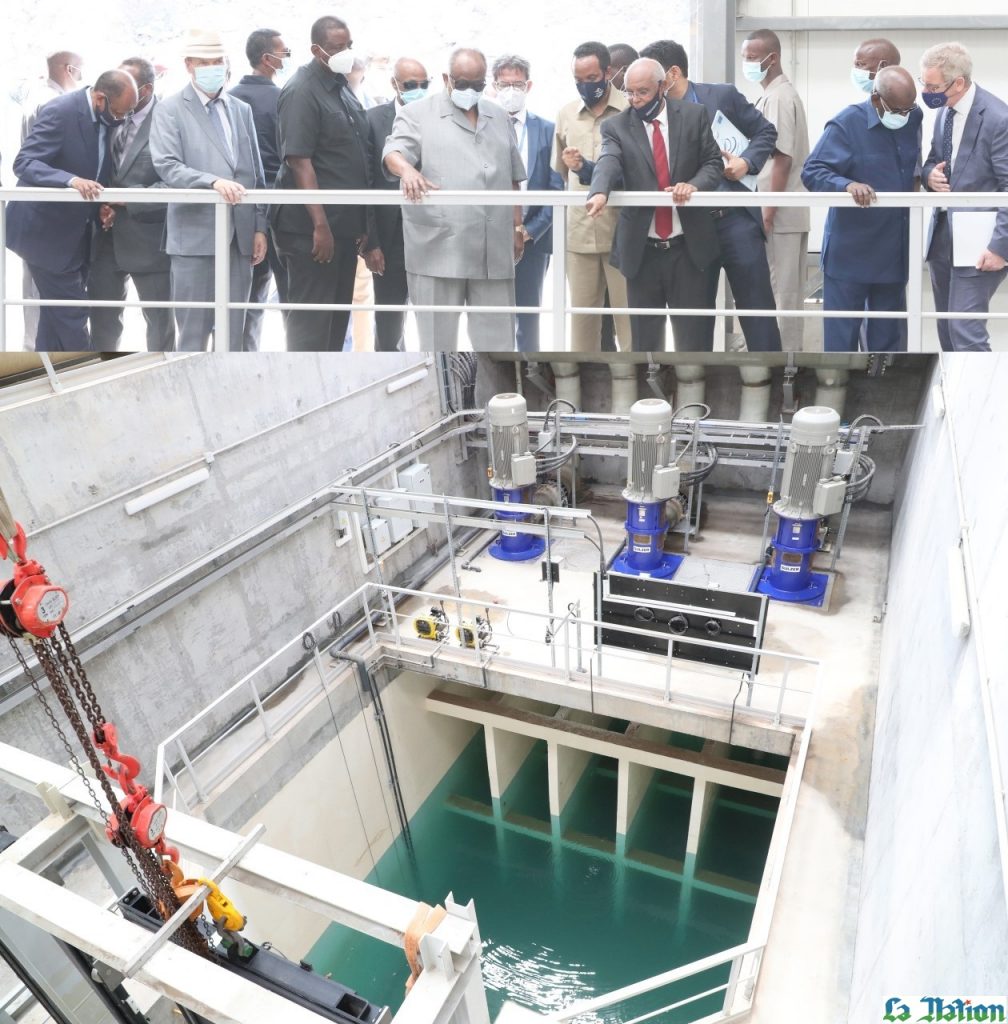 Ismaïl Omar Guelleh, the President of Djibouti proceeded yesterday in Doraleh, with the inauguration of a seawater desalination plant. The first of its kind in the region, this plant, which uses the latest techniques. generation to desalinate seawater, is funded by the European Union to the tune of 67.5 million euros and 5.5 million euros by the government of Djibouti.

At the end of approximately 38 months of work, President Ismail Omar Guelleh officially inaugurated yesterday morning in Doraleh, the seawater desalination plant. Built in Doraleh near the Chinese base, on a Covering an area of ​​30,000 m2, the said plant will first produce 22,500 cubic meters of drinking water per day to reach a final capacity of 45,000 cubic meters of drinking water.

This is a project that is part of the program to fight against the specter of thirst. Which has always been one of the priority objectives of President Guelleh since his accession to the supreme office of the country.

Produced by the group of Franco-Spanish companies “Eiffage / Tedagua”, the water produced by this plant will join the storage tanks and will be distributed to consumers to meet the ever-increasing demand of the population of the city of Djibouti.

Organized by the National Office for Water and Sanitation of Djibouti, an institution under the supervision of the Ministry of Agriculture, Water, Fisheries, Livestock and Fisheries Resources, the ceremony yesterday morning was punctuated in addition to cultural events, many speeches including that of the President of the Republic His Excellency Ismail Omar Guelleh who had gone there early in the morning yesterday in Doraleh, on the site of the factory of desalination of sea water located near the installation of the army base of the People’s Republic of China.