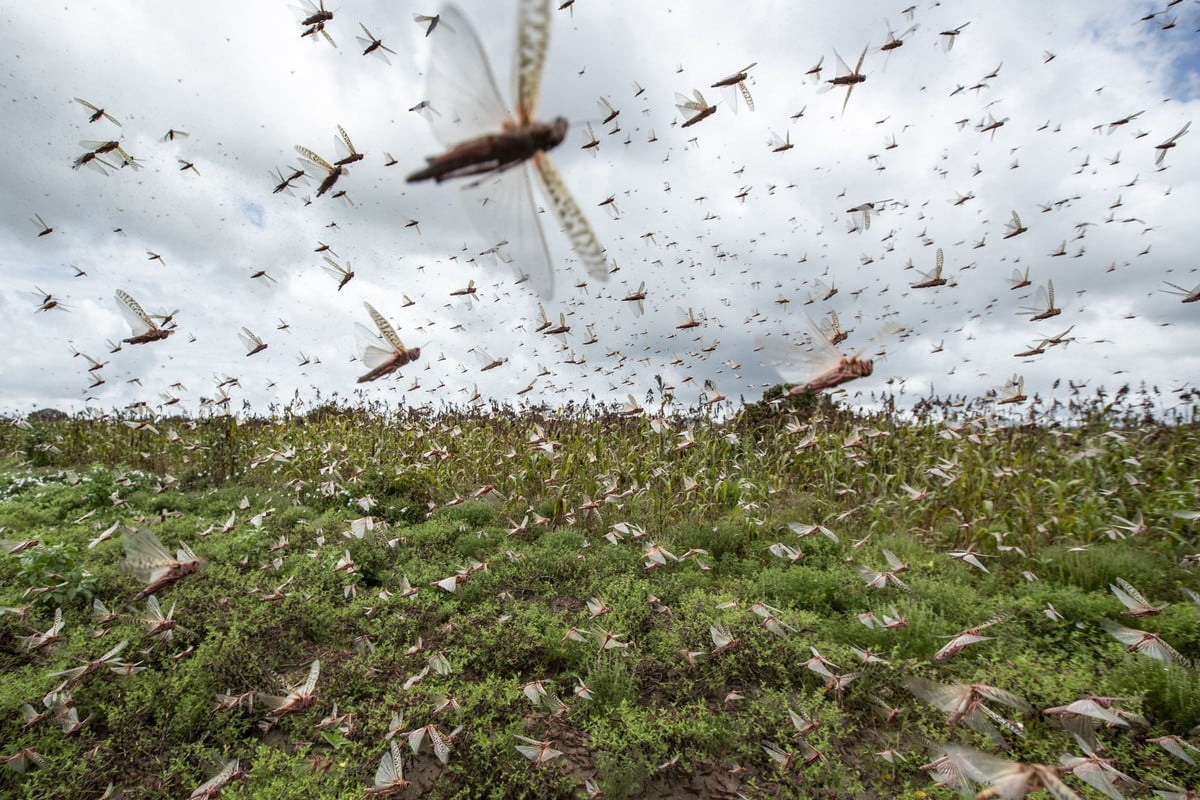 A swarm of locusts forced an Ethiopian Airlines passenger flight to divert to the capital Addis Ababa instead of a scheduled landing in the chartered city of Dire Dawa in eastern Ethiopia.

An airline spokesman confirmed the incident which happened last Thursday (January 9) to the BBC without giving further details. Dire Dawa to the capital is about half-an-hour journey. The plane was on what is normally an hour-long journey from Djibouti to Dire Dawa, the BBC report added.

The decision to divert to Addis Ababa was due to reduced visibility despite efforts by the pilots to clean the windscreens upon impact with the locusts.

The fight against this invasion is not without challenges, first of all they are transboundary pests that need to be tackled through a regional strategy to ensure that they are attacked from their resting habitats.

Multiple local news and aviation-focused websites also reported about the incident involving the Boeing 737-700. One very prominent photo shows the plane “painted” with what appears to be dead locusts.

After going through Somalia and Ethiopia, a large swarm of locust have now reached Kenya. The pests have left a a trail of devastation that is causing worries of food security in the region.

Mwangi Kiunjuri, Kenyan Minister of Agriculture said of the development: “We recognize that the pest invasion and its potential for rapid spread to other countries poses an unprecedented threat to food security and livelihoods in the country.”

The government is spraying pesticide in the affected areas to battle the insects. The minister said the migratory nature of the locusts made it even more difficult to deal with.

“The fight against this invasion is not without challenges, first of all they are transboundary pests that need to be tackled through a regional strategy to ensure that they are attacked from their resting habitats.

“Unfortunately, due to insecurity in some of our neighbouring countries, it has been difficult to control and prevent their migration,” he added.

In December, the United Nations’ Food and Agriculture Organization reported that about 70,000 hectares of land had been infested in Ethiopia and Somalia.

Currently, South Sudan and Uganda are being called on to be vigilant. The two countries are the next potential targets of these insects.