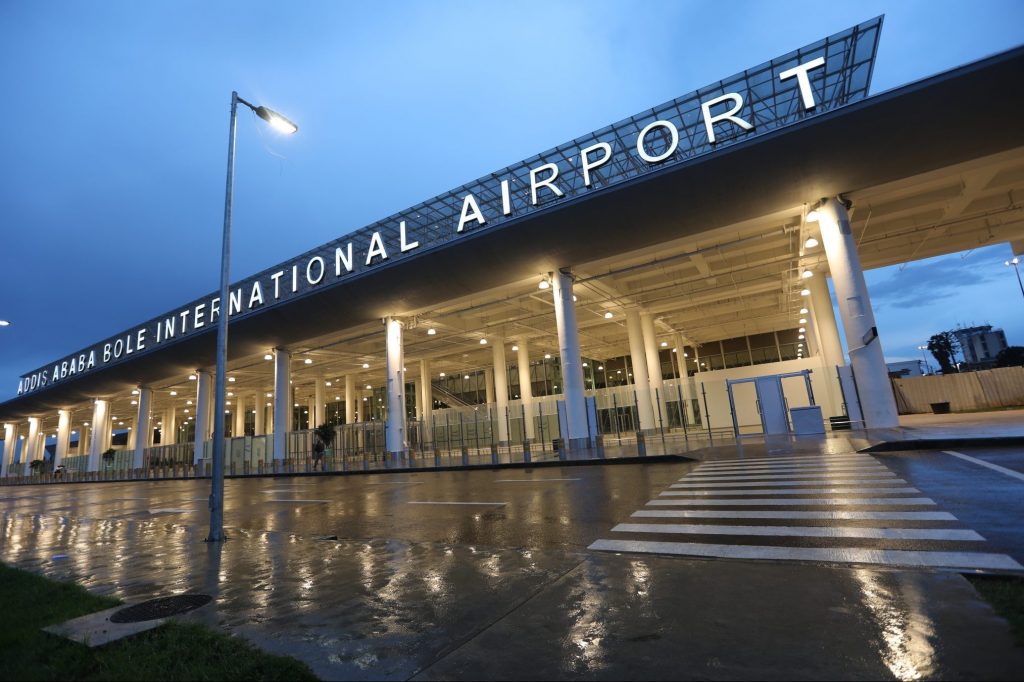 From government bailouts to layoffs, commercial airlines have taken drastic measures to stay afloat since Covid-19. Not Ethiopian – now operating out of the second largest capacity airport in Africa, while turning a profit and forging ahead with further expansion plans beyond its new state-of-art, bio-safety terminal.

But this is no ordinary terminal project: the $300 million Terminal 2 has the distinction of being the world’s first completed amid the pandemic and designed with an eye towards biosafety.

“We are now providing a contactless experience,” Ethiopian Airlines’ Miretab Teklaye, director of integrated marketing, told Skift. “Using the Ethiopian mobile app, you can book, pay, check in, print tags, drop baggage, scan your boarding pass at immigration, or at the lounge. [It’s] about empowering the customer to own the experience end to end.”

Built in multiple phases over three years, the ultramodern terminal is part of Ethiopian’s strategy to continue investing in infrastructure, one of its four key pillars. The project was financed by EXIM Bank China and designed by Singapore firm CPG.

Although the airline went from growth mode to survival mode in March, future plans remain in place for the redesign of Addis’ domestic terminal by 2021, as well as an 80 to 100-million-passenger $5 billion airport just 39 kilometers southeast of the capital.

Like the world’s major commercial carriers, Ethiopian has suffered a massive loss in passenger flight revenue since Covid-19, to the tune of $1 billion by the close of June 2020. What’s notably different, however, is that the airline hasn’t been impacted negatively in the way other carriers have: no government bailout request, no layoffs and no salary reductions. Instead, it has managed to turn a profit.

In late March, while other African airlines were grounded, Ethiopian saw the opportunity to recoup its passenger revenue loss by expanding its established 10-fleet cargo unit. The airline converted 25 passenger planes to cargo and deployed its 54,000-square-meter, high-tech pharma wing to store and distribute Covid-19 medical supplies and millions of PPE donations from China and from the UN World Food Programme to over 80 countries in Africa, Canada, the U.S., Europe, Asia, and South America.

OPENING THE DOOR TO NEW OPPORTUNITIES

In addition, the global shutdown opened the door to new opportunities, such as transporting Norway’s fish exports and Kenya’s flower exports. As a result of the skyrocketing demand through June, the airline doubled its cargo revenue and its cargo route expanded to 74 destinations.

“If cargo hadn’t been our strategic pillar back in 2010, we couldn’t do anything now,” Teklaye said.

Additional cash revenue sources have come from MRO services, another of Ethiopian’s established business units — 40 aircraft from sub-Saharan Africa, plus a Middle East carrier — as well as from 63,000 repatriation charter flights to the Americas, Middle East and Asia since March. Ethiopian’s veteran CEO Tewolde GebreMariam recently shared that the airline’s decision to diversify over the years had proven to be “a life-saving decision.”

In June, just as PPE cargo and repatriation demands decreased, Ethiopian Airlines began resuming its commercial flights. Thirteen aircrafts have been reconfigured back to passenger and the airline is currently operating 68 daily flights, albeit at limited capacity and reduced frequency, to destinations such as Dubai, Istanbul, Paris, London, and two of Ethiopian’s heaviest Africa routes – Ghana and Nigeria. It’s a number that keeps shifting as more governments lift flying bans.

Experts have expressed doubt that increased cargo revenue could keep Ethiopian afloat long-term. With other African airlines crumbling, the current aviation climate may also open the door wider to outside competitors looking for a share of African skies. But Ethiopian remains optimistic it can empower its fellow African carriers, while continuing to eye global opportunities in cargo, MRO, and even in hospitality with vacation packages aimed at Addis Ababa’s 70 percent transit passengers, incorporating the city’s new green and historic attractions, such as Unity Park and Entoto Park.

“We say here all the time: we don’t waste crises,” Teklaye said. “We have a diversified customer base, diverse business units, and a diverse geography. We have an experienced management team with a legacy of handling crises. We are anticipating opportunities at a granular level and see where we can serve. The passenger business will slowly be coming, but the cargo and other services – we’ll keep looking at the options.”

How much longer Africa’s leading airline will manage to remain intact until its passenger numbers return isn’t certain. But for now, Ethiopian Airlines’ ability to generate revenue and turn a profit while avoiding Covid-19’s devastating financial impacts — which have crippled aviation industry giants — is as unprecedented in the industry as the pandemic itself.