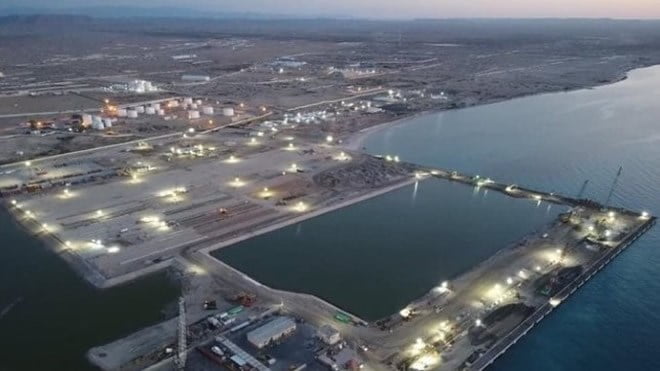 On October 10, 2018, in Berbera, a run-down coastal town in the breakaway state of Somaliland, government ministers rubbed shoulders with Emirati executives. Youngsters performed a traditional dance in celebration, while an elite unit of Somaliland’s army stood guard, their uniforms crisp and white.

DP World, the United Arab Emirates port operator, was officially launching its expansion of Berbera port – and the sense of optimism was palpable.

The $442m expansion, designed to transform the dusty East African port into one of the continent’s premier facilities, heralded a new dawn for Somaliland, one of the world’s poorest jurisdictions. For DP World it was about laying down a marker in a crucial, fast-growing region. “It is an important geostrategic location on the Gulf of Aden,” says Ahmed Soliman, a Horn of Africa research fellow at Chatham House, “a globally-important maritime choke point, where we have up to 20% of global trade passing through annually, and within that a considerable amount of the Gulf’s oil and gas exports.”

Investment is key to international recognition

The DP World port expansion, which added a new dock, an economic free trade zone and an as-yet-unfinished $100m road corridor connecting Berbera with Ethiopia, was an acid test for Somaliland, which declared independence from Somalia in 1991 as the latter erupted into civil war.

While the state has many of the hallmarks of nationhood, including a currency, army and democratically-elected leaders, its bid for international recognition has stalled. Leaders in the capital, Hargeisa, think they know what will bring Somaliland official independence: international investment.

“DP World is a big international company that dared to come to Somaliland, and I hope that a lot of other companies will follow,” said President Musa Bihi Abdi in 2018. Earlier this year, his prayers were answered when Swiss commodities trader Trafigura, one of the world’s largest oil traders, signed a contract to supply hydrocarbons and upgrade the Berbera port. In early September, the company delivered its first shipment of low-sulphur fuel oil.

“Somaliland has proven itself over many years to be stable and democratic, with a growing economy,” says James Josling, Trafigura’s head of Africa energy trading. “Trafigura is dedicating significant resources to growing our renewables and power footprint, on both a macro and micro level [and] East Africa is a highly interesting market.”

The investment, the value of which is unknown, will include infrastructure modernisation to increase storage capacity and allow for larger ships at the Berbera Oil Terminal. It will allow Trafigura to import liquefied petroleum gas and jet fuel to meet local and regional demand as well as integrating logistics and harmonising fuel specifications in the Horn of Africa, thereby boosting regional trade.

“We’re delighted to be working with a leading independent, international company like Trafigura to improve the quality and reliability of refined petroleum product supply into the country,” says Somaliland’s trade, industry and tourism minister, Mohamoud Hassan Saad. “By working with Trafigura, there will be increased transparency, high standards, and increased competitiveness across the supply chain.”

Its economy is heavily reliant on agriculture and livestock, making it vulnerable to the effects of climate change, including pests, drought and floods. “Trade in livestock with Saudi Arabia and the wider Middle East are the main exports for Somaliland and usually peak during Hajj,” says Patricia Rodrigues, a Nairobi-based analyst at consultancy Control Risks, adding that Covid-19 related restrictions on the pilgrimage this year have crushed exports.

Remittances – the other key economic driver – have also declined significantly. In cities such as Hargeisa and Berbera, many SMEs have been forced to scale down or close as lines of credit dry up, even though the country has recorded fewer than 1,000 cases and 30 deaths.

“However, the relative lack of exposure to global markets and international trade means that the Somaliland economy will likely be able to recover faster than some of its neighbours,” Rodrigues adds.

“Investments such as this are markers that show that the Somaliland government is a legitimate government, has control over its own territory, tries to improve the lives of its population, has its own armed forces, holds its own elections and has been largely peaceful in a very unstable region for the best part of three decades,” says Soliman.

Trafigura’s investment in Berbera port is as much about Somaliland’s vast, energy-hungry neighbour, Ethiopia, as it is about the breakaway state.

“Ethiopia is a huge demand centre with no sea access, dependent on only one port [in Djibouti],” says Josling. “Berbera is well-located to provide Ethiopia with increased access to the sea and further security of supply in terms of energy needs.”

Ethiopia is Africa’s second most populous country, with a population of 112m and a demand for fuel that was growing rapidly before the onset of Covid-19. Trafigura reportedly supplies 60% of the petrol sold in Ethiopia, 50% of the diesel and 25% of the jet fuel, having signed a contract with the Ethiopian Petroleum Supply Enterprise earlier this year.

“Ethiopia is looking to diversify its access to the sea away from its sole reliance on the Port of Djibouti,” says Rodrigues. “A route through Somaliland is a natural option.”

While landlocked Ethiopia outshines its tiny neighbour in GDP growth and investment as well as education and health outcomes, its economic development is contagious. “If Somaliland’s infrastructure is well developed, there is a potential for the country to gain up to 30% of Ethiopia’s external trade,” says Soliman. Given Ethiopia’s formidable demand for energy, the opportunity for Somaliland is palpable.

However, the geopolitical context is not entirely favourable to Somaliland. Somalia continues to claim Somaliland as its territory. The DP World deal, which came amid a diplomatic dispute between the UAE and Somalia, sparked ire in Mogadishu, whose government declared it “null and void”. Hargeisa, though, was unmoved.

“Somalia is unhappy that Somaliland, over which it claims authority, is making lucrative deals with international companies without its involvement,” says Rodrigues. “While that is unlikely to hit Trafigura’s balance sheet, it could worsen the acrimony between the two East African governments. That, in turn, could affect the ongoing dialogue between the two sides, brokered by the EU, US and Ethiopia.”

Trafigura did not comment directly on the geopolitical implications of its involvement. Ultimately, the Somaliland government believes investment will drive its push for recognition and hopes the Trafigura deal could cause a domino effect among multinationals. By taking a chance on Berbera, meanwhile, Trafigura is well placed to benefit from rising demand for fuel and energy in an important and fast-growing region.

“We remain focused on serving the growing demand in East Africa in terms of high quality, low Sulphur fuels, with reliable supply… [and] attentive to and positioned to support the needs of the emerging new oil producers,” says Josling. “In the Horn of Africa specifically, we see this as an exciting growth market with logistical and infrastructure constraints that we hope to augment.”

One thought on “Trafigura’s investment fuels optimism in Somaliland”