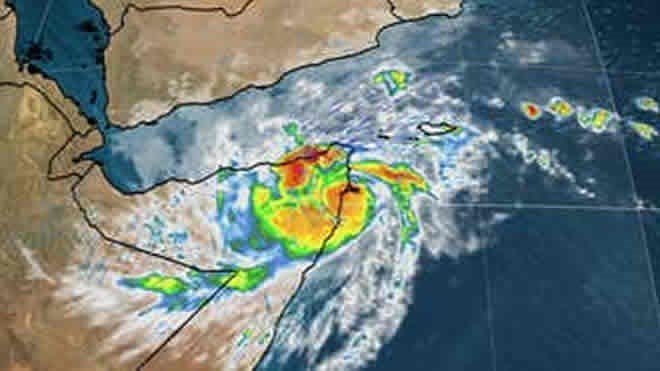 MOGADISHU, Nov. 23 — At least eight people were killed and 70,000 others affected by tropical cyclone, Gati, which made a landfall in Somalia on Sunday evening causing heavy rains and windstorms, the UN humanitarian agency said on Monday.

OCHA said the tropical cyclone Gati made landfall on Sunday at around 10 p.m. in Puntland’s Bari region.

“Rapid assessments are being planned to determine actual needs and humanitarian partners are mobilizing pre-positioned stocks to assist affected people,” it said.

OCHA reported massive damage to property and roads, noting that telecommunication services have also been affected, especially in Xaafuun, Hurdiya and Baarmadowe.

The destruction comes after the Food and Agriculture Organisation of the United Nations (FAO)-Somalia Water and Land Information Management (SWALIM) warned on Sunday that the severity of the storm could increase as it passes over Somalia.

According to SWALIM, the storm poses an immediate threat to the shipping lane that links Somalia and Gulf states.