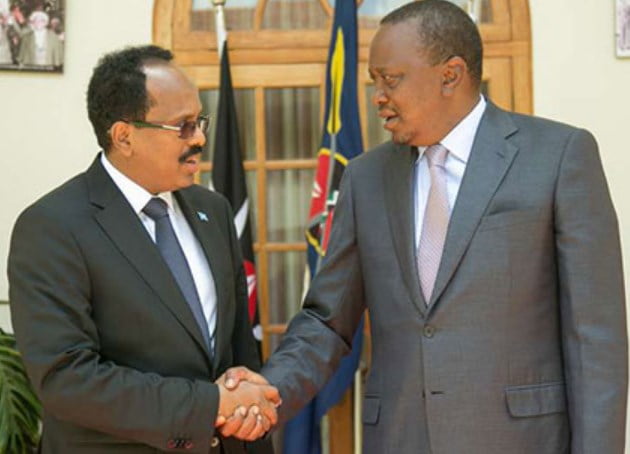 Kenya and Somalia have agreed to restore diplomatic relations following talks between leaders of the two neighboring countries in Djibouti, a Somali government official said.

Mohamed Abdirizak Mohamud, the foreign minister of Somalia, told journalists in Mogadishu that regional leaders who attended the Inter-Governmental Authority on Development (IGAD) summit which was held on Sunday in Djibouti pressured Somalia to de-escalate tension.

Mohamud said Somalia accepted the request by the East Africa bloc to resolve the issue through talks on the condition that an IGAD fact-finding team is formed to probe Mogadishu’s complaints.

“IGAD Heads of States put pressure on us (Somalia) to de-escalate tension and solve the problem with Kenya. Somalia accepted to restore diplomatic ties with Kenya, but put on conditions that a fact-finding committee should be assigned to investigate the situation at the border,” he told journalists in Mogadishu on Monday evening.

Both Kenyan President Uhuru Kenyatta and his Somalia counterpart, Mohamed Farmajo met on the sidelines of the 38th IGAD Extraordinary Summit.

The diplomatic spat between Kenya and Somalia saw Mogadishu sever its ties with Nairobi last week over political interference.

Somalia in November expelled Kenya’s ambassador and recalled its own envoy from Nairobi, alleging violation of sovereignty and interference in the electoral process in the regional Jubbaland state.

Kenya, which has so far not commented on the latest move by Somalia, has vehemently denied the allegations, saying it respects and upholds the cardinal international principles of self-determination, sovereignty, political independence, and territorial integrity of all countries, and in particular those in Africa.