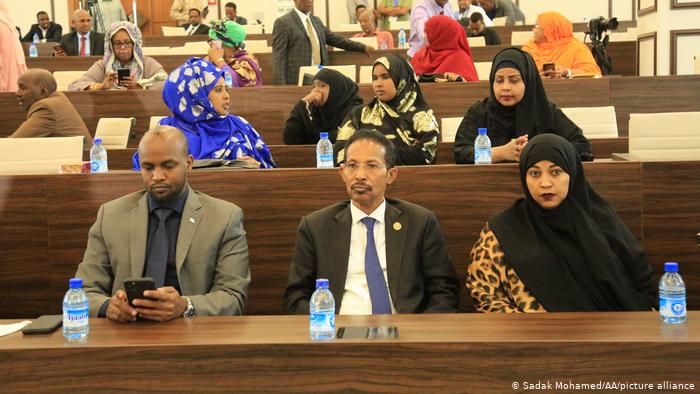 As the Horn of Africa nation struggles to reach a consensus on this year’s general election, the country’s controversial clan-based indirect voting system is under scrutiny.

Plans to proceed with Somalia’s 2021 general election have fallen into further disarray, as the ongoing power vacuum and divisions between political leaders threaten to steer the country into a protracted political crisis.

President Mohamed Abdullahi Mohamed’s term officially expired on Monday, prompting an alliance of opposition parties to claim it no longer recognized the president, and propose the creation of a national council of lawmakers, opposition leaders and members of civil society to lead the Horn of Africa nation.

Somalia’s deadline to hold elections by February 8 was missed after the central government and federal states were unable to break an impasse on how to proceed with the vote.Further complicating matters is the country’s unique electoral system which has long centered around a clan-based model.

The indirect system sees representatives from various clans across the country choose members of parliament.

The chosen lawmakers in both the lower and upper houses then come together to select a president.

The system has been widely criticized by both ordinary citizens and the international community alike. Somalia’s last direct popular vote took place in 1969. 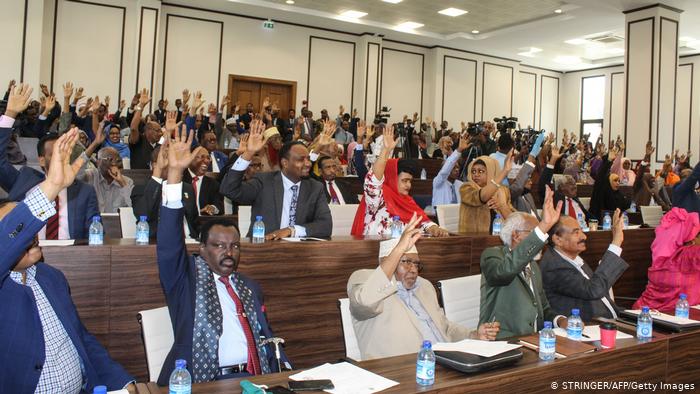 Particular sticking points of the electoral process deadlock included where the vote would take place, which and how many security forces should be present, who would be appointed to the electoral commission at the federal and state level, and who should oversee the entire process.

Hopes of Somalia hosting a one-person, one-vote ballot were abandoned over political and security issues, meaning this year’s election would follow a complex indirect system in which special delegates chosen by Somalia’s clan elders would select lawmakers.

Many Somalis believe it is unlikely the country will ever experience a direct-vote election due to the strength and influence of the clan system.

Mogadishu-based university lecturer and political analyst Najib Abdukadir said it is troubling that just a few individuals can decide the future of the Somali people every four years.

“It is not a typical election, but a selection,” he told DW.

“We have been using this clan system for many years and the politicians are not willing to move from this system and conduct popular elections. The people of Somalia have the right and want their voices to be heard through one-person one-vote elections.”

Gaps in the constitution

Somalia’s provisional constitution sets out the legal foundations for the existence of the country, the rights and duties of its citizens and the structure of its government.

Political analyst and Horn of Africa expert Matthew Bryden said there are still three main gaps to be filled in the constitution if Somalia hopes to move forward with political stability.

“One is a review and amendment of the constitution to make it complete, another is to elaborate on the architecture of the federation which is still undefined, and the last is to come up with a new electoral system,” he told DW.

Bryden said the current clan-based system does not equally distribute power and influence.

“The system, which is called the 4.5 [formula], gives each of the four major clan groups an equal share in parliament and half a share to minority groups. That sharing also extends to a certain extent throughout the executive and other branches of government.”

A new addition to a series of crises

Somalia’s electoral and political crisis is emerging from the shadow of a number of other serious problems facing the country, including food shortages, a locust invasion and the ongoing insurgency by the armed Islamist group al-Shabab.

At least 12 security agents were killed be a roadside bomb near the town of Dhusamareb on Sunday, where leaders had gathered to try and resolve the election despite.

“There are challenges in terms of humanitarian issues and the locust invasion, as well as political unrest in the country,” he told DW.

“All of these things could undermine the progress that has been made over the years and that is not good news for the people of Somalia at this time.”

However, Ibahim also said that, despite the setbacks, there have been some improvements on several fronts, particularly from an economic standpoint.

“There have been economic improvements due to security improvements in many parts of the country, including the capital Mogadishu,” he explained. 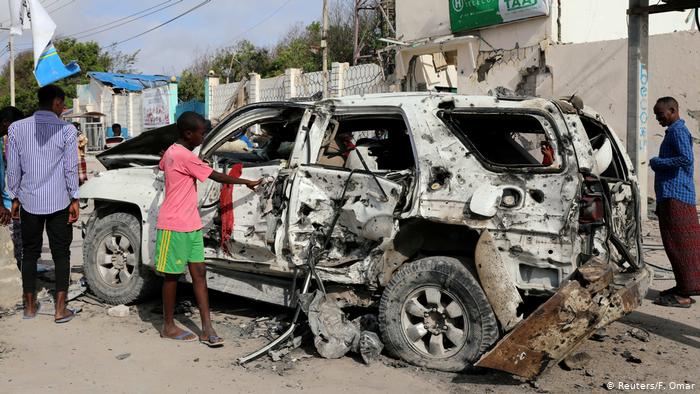 Somalia is in the midst of a security crisis, with attacks from insurgents in cities like Mogadishu still alarmingly frequent

International actors, including the US and the United Nations have warned Somali leaders against holding partial elections or pursuing any other actions that lack a broad consensus. They favor further constructive dialogue until an agreement can be reached.

The European Union on Monday said Somalia’s inability to reach a deal regarding the next general election was damaging international community’s confidence in the country’s political development.

“Any parallel or partial process or an extension of the current mandate of the institutions, which is not technical in nature, would be considered as a severe setback,” said EU foreign policy chief, Josep Borrell, in a statement.

While the president’s term has officially ended, Parliament adopted a resolution in October last year which would allow the sitting president and legislators to remain in place, despite the expiry of their mandate, until successors are elected.