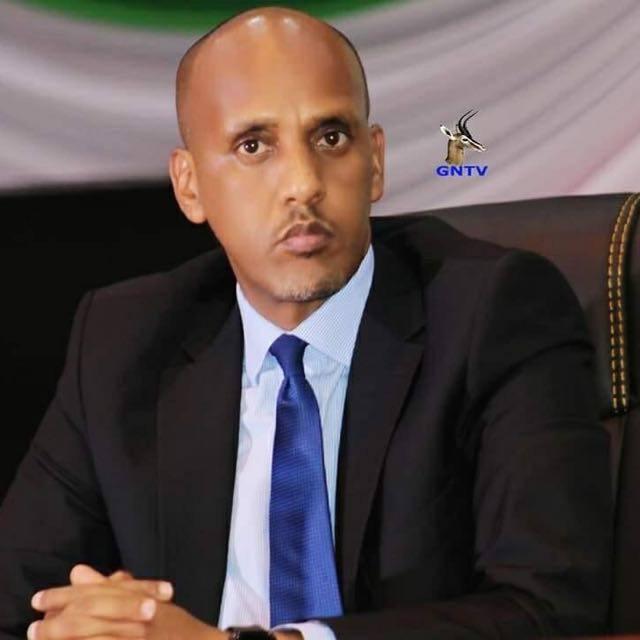 Addis Abeba, August 25/2020 – Somali region is one of the Ethiopia’s 10 regional states, the largest in land mass with an estimated population of 7-8 million, inhabited by the third largest ethnic group after Oromo and Amhara. And it is one of the least developed regions in the country.

Since the British colony left the Ogaden region and Hawd area and ceded to Ethiopia on 23 September 1948 and 28 February 1955 respectively, the region has been embroiled in a war for independence and sovereignty. Narsullah, WSLF and the recent ONLF are remembered liberation fronts for their struggles in the region over the last half century.

The Ogaden National Liberation Front (ONLF), the last and longest operating front bitterly fought against successive Ethiopian regimes since 1994 has signed a peace agreement with the current government led by Prime Minister Abiy Ahmed in Asmara, Eritrea on October 21, 2018. This has come after decades of heavy causalities and loss of lives from both sides. The essence of the agreement was to allow the ONLF to peacefully and constitutionally continue its struggle for independence.

It the same year, on 6/8/2018, the Somali regional administration led by then regional president Abdi Mohamud Omar (Abdi Iley) ended. Under his administration, the people of the region were subjected to widespread violence and human right violations for 10 years. Killing, robbery, rape, arrests and humiliations had become part of daily life for ordinary Somalis in the region. In the same month, on August 22, 2018, Mustafe Muhumed Omar was inaugurated as the Deputy President of the region. He was one of the scholars who fled the region during the reign of Abdi Iley and was a prominent critique Abdi Iley’s administration to the point that his younger brother was assassinated by the regime.

What Does The Political Landscape Of The Region Looks Like?

The biggest change in the region is that Mustafe, the victim of the last administration, became the deputy president, and the ONLF, the front that had seen many of its people persecuted, killed, tortured and humiliated for being its members, has reached a peace agreement with Ethiopian government.

Today, it is widely recognized as a relatively peaceful region where freedom of speech has improved and political parties are safely operating. The regional government’s development activities are also smoothly ongoing, and business activities are performing better than yester years. People to people movement and community interactions have also increased although COVID-19 effects and prevention and control activities have put limits on it.

There are many good and commendable things that the current administration has achieved as of now. A cursory glance in to the following key points can say much to substantiate this claim.

However, there are valid criticisms and some activities that should have been carried out better, partially or wholly, or should have been initiated during the two years of Mustafa’s administration. The major shortcomings include:

· Apart from joining the National Prosperity Party with the motto of “Medemer“, there is still no political or developmental direction and party program for the region in the short and long term that has been set and clearly communicated to the public as well as civil servants.

·  In the last 10 years, the regional Judiciary and executive branches have become more integrated and this helped cover up the uncountable human right violations that took place in the whole region. So, building a transparent justice system could provide solutions and credible legal services to the victims and the perpetrators. However, the process of reforming the justice sector seems to be very slow.

·  Reforming the civil servants and service delivery system shadowed by corruption, inefficiency, low performance and nepotism was the minimum expectations of the public. This would reduce corruption, restructure and capacitate staff in order to promote efficient service delivery and create government institutions that are capable of carrying out their mandated tasks. But, no significant actions were taken so far.

·  Education in Somali region is in a crisis at all levels as the former federal ministry of education Minister, Tilaye Gete, publicly told the media and any academic observer can easily identify it. There is nothing worthy to mention that has been done to enable and improve the school systems, teacher’s quality enhancement and improving the overall teaching and learning process. It is noteworthy and commendable that many schools have been built. However, what matters most is the quality of education and school systems.

· Internally Displaced person IDPs of the region didn’t get the required care and support and there is no well documented and functioning settlement program. Instead they are starving in Qolaji camp and begging in the streets of Jigjiga city.

·  The influence of the clan on the governance system is so strong. Although it was justifiable at the initial stage of building the government structure, once the administrative skeleton was established, it was necessary to have reduced their influence. Clearly policy that depicts the role of clan and separates the government and traditional institutions is inevitable.

The Somali regional state government is commendable for the good work mentioned in the first part of this piece, but needs to be urged to take actions to address the points discussed in the second part. But such constructive criticisms should also extend to other intellectuals, scholars and the general public as well. The Somali community, opposition groups and the regional government should work together to strengthen the unity of the people and the security of the region during this difficult time of transition.

It is necessary to have a unified political and development program and a working framework for the community and political partners to work together. A stable Somali region that benefits its people and the country will depend on the management of current issues and good planning for the near and distant future.

The people of this region deserve and have full rights for a better life and sustainable development in their home land. I hope the region will move on a better forward and the past will be a history.

Editor’s note: Mohamed-Taqwim Badel Ali is Lecturer at Jigjiga University, Institute of Pastoral and Agro-pastoral Development Studies. He can be reached at: taqwiim99@gmail.com

May 28, 2021 Senior News Editor
East Africa Economy Ethiopia The Rest of the World

May 30, 2021 Senior News Editor
Somaliland The Rest of the World