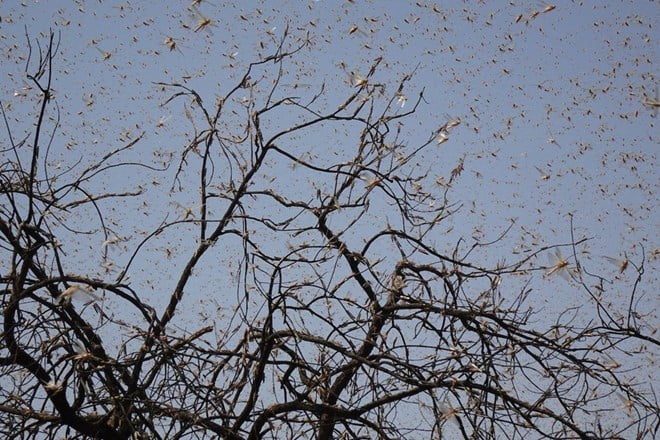 East Africa is on the verge of another locust invasion, the worst in 25 years, says the United Nations’ Food and Agriculture Organization (FAO).

The latest report says more swarms are gathering in breeding sites in Ethiopia while a new generation of them have come to life in central Somalia.

The organization has warned of worsening locust problems in East Africa for some time, with farmers in Ethiopia fighting consecutive waves of locusts since late 2019, in what has been called the “worst extended infestation in 25 years.”
Ethiopian state media reported Prime Minister Abiy Ahmed saying as much as 420,000 hectares of land across 240 districts have been destroyed by the locusts.

In its most recent update, the FAO said breeding was “underway on the Red Sea coastal plains,” which indicates additional swarm migrations and increases in locust numbers should be anticipated.

However, the group added that the current situation is less intense than it was a year ago and countries are better prepared.