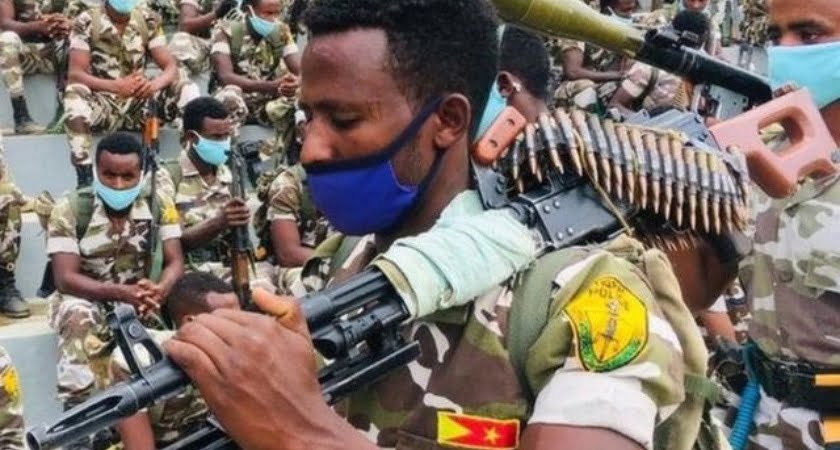 The Tigray People’s Liberation Front has executed a series of coercive steps to provoke a conflict at the local, national and regional level to force international powers to intervene.

Four weeks in, federal troops have “captured” TPLF’s last stronghold, the capital city, Mekelle, and the TPLF vowed to fight on, leading many to paint a dire prognosis: that the conflict is transforming into a bloody and protracted war that could spiral into a regional conflagration.

A more in-depth look, however, paints an entirely different picture: that the TPLF is doing everything it can to avoid a long-drawn-out guerrilla insurgency, and instead, is actively lobbying for quick international intervention.

A month before the November attack, the TPLF sent a flurry of letters to different foreign heads of State asserting that any dialogue with the federal government needs to be mediated by the international community or witness widespread insecurity.

Since then, the TPLF executed a series of coercive steps to provoke a conflict at the local, national, and regional levels with the aim to force international powers to intervene. The majority of these steps were rooted in the provocation strategy – an effective ploy often employed by insurgent groups to elicit a repressive overreaction.

First, it successfully provoked the federal government with a surprise attack against its largest military base, which forced the federal government to mount a military offensive against the TPLF. Two days into the conflict, the TPLF leadership sent a letter to the African Union (AU) chair highlighting that “political problems can’t be solved through military means” while imploring urgent international intervention. The AU decided not to intervene, and instead echoed a boilerplate line of “immediate ceasefire” to end the bloodshed.

Second, dismayed by the AU’s inaction and the seeming avoidance of any widespread attacks against Tigrayan civilians by federal forces, the TPLF decided to elicit an overreaction from the Amharas.

Nine days into the conflict, 600 unarmed Amharas were murdered in Mai-Kadra, allegedly by retreating TPLF forces. Violence against civilians is often portrayed as an antecedent of civil war, a cause or both, and eliciting a violent response from Amharas makes strategic sense since Amhara federal troops formed the backbone of the initial military operations.

However, in the aftermath of the Mai-Kadra’s massacre, the town’s mayor assured the broader community that “Amhara[s] are not seeking revenge on the Tigrayans”.

More broadly, if this potential scenario played out the way the TPLF planned it, it could have forced an international intervention. Indeed, recognizing that ethnic civil wars are usually centered on access to state power and resources, the international community usually prefers to intervene or mediate such conflicts with a preference for autonomy, power-sharing, or some combination of the two as evidenced, for instance, in Angola, Bosnia, and Sierra Leone.

Third, internationalized ethnic conflicts to a large extent, often require an internationalized solution as they tend to be characterized by a high level of violence. Indeed, some scholars find that international mediation tends to be accepted only in the most severe cases of civil wars. In internationalizing the brewing conflict and subsequently heightening the conflict, the TPLF tried to draw in neighboring Eritrea by firing multiple rockets that struck Eritrea’s capital Asmara.

Eritrea, however, refused to get dragged in or even signal retaliatory attacks.

The beleaguered TPLF has unsuccessfully garnered any support from the international community. Unsurprisingly, this can be attributed to several internal and external factors.

First, since the conflict started in November, the group pushed a near-mythical narrative of “battle-hardened” soldiers that have mastered the art of waging a guerrilla war. Drawing historical references to their successful rebellion against the Derg regime, the TPLF leadership boasted that Tigray is the “graveyard of dictators and aggressors”.

However, whilst the TPLF are battle-hardened and possess a wealth of experience in waging a successful guerrilla insurgency, the factors that made their rebellion against the Derg regime successful no longer exist. Federal forces have already secured the border with Sudan, cutting off the “TPLF from setting up bases there” whilst Eritrea mans any potential outlet to the Red Sea.

Second, the TPLF lacks international sympathy. The United States, UAE, China, and other European countries have more or less sided with Ethiopia by only giving out standard diplomatic statements. Sudan was arguably the TPLF’s closest ally but the overthrow of Omar Al-Bashir and the TPLF’s meteoric fall from grace within Ethiopia’s power structures has greatly limited the group’s influence in Khartoum.

Finally, most ethnic civil wars are decided by a military victory rather than negotiated agreements. As a result, attrition is important because the side’s mobilization pools are separate and can be depleted. More significantly, since each side’s mobilization base is inherently limited to members of its community, capturing enemy population centers effectively diminishes its mobilization base. The capture of TPLF’s last stronghold in Mekelle has essentially sapped them from significant popular support – for the time being.

Whilst the TPLF has “vowed” to fight on after being ejected from their most important base in Mekelle, it is unlikely that the group’s rhetoric of a “long conflict” will match their current operational strategy. However, events can go the other way, giving TPLF the necessary impetus to change the tide against them and still precipitate an international intervention.

The group has made repeated claims that innocent Tigrayans are being systematically profiled and marginalized by the Ethiopian state. Already, there have been reports of non-aligned Tigrayans being fired, demoted, or suspended for fear of switching loyalty to the TPLF. One pertinent example is the disarmament of 200 Tigrayans from the Ethiopian contingent of the African Union Mission to Somalia.

Moreover, over 40,000 Tigrayan civilians have fled the region since the crisis started. Expectedly, many fear that they will be unfairly targeted on account of their ethnic identity, and if these worries are realized with government-tolerated ‘reprisal’ attacks against innocent Tigrayans, it can potentially incentivize resentful and fearful Tigrayans to accept the TPLF’s appeal for broader mobilization.

Indeed, this level of repressive overreaction is what the TPLF was initially banking on in attracting international intervention and might prove equally useful as a recruitment strategy if it ever decides to switch to full-fledged guerrilla warfare.

Dr Mohammed Ibrahim Shire is Lecturer in Security Risk Management at the Institute of Criminal Justice Studies, University of Portsmouth.