Skip to content
Djibouti The Rest of the World 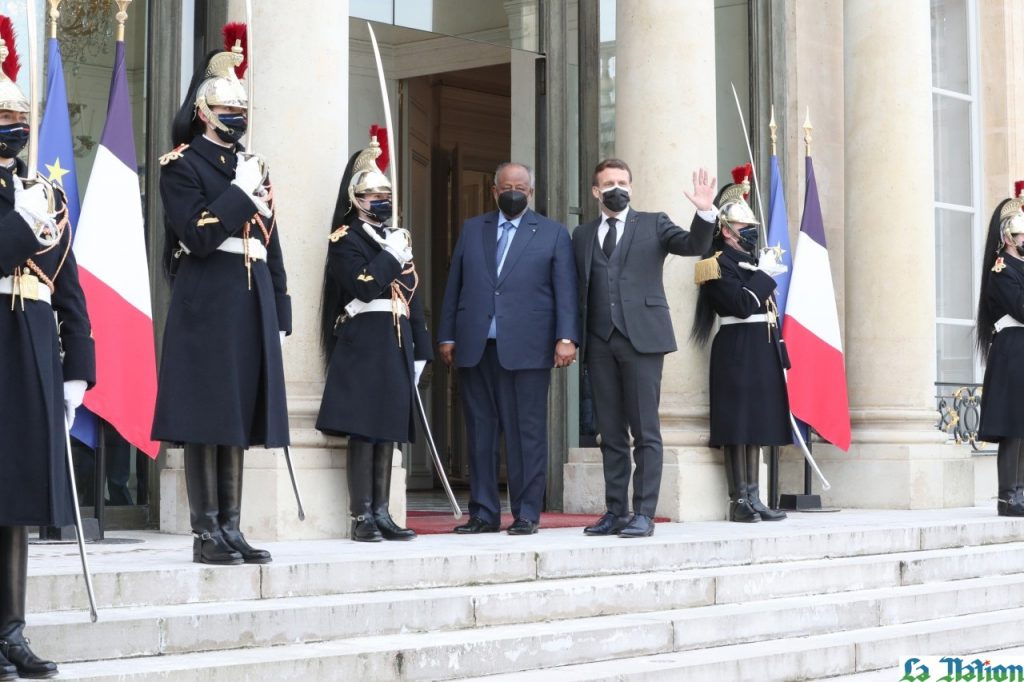 Under the sign of strengthening relations of friendship and cooperation.

WELCOMED and greeted on his arrival Wednesday afternoon at Orly airport, in Paris, by the Secretary of State for the Economy, Olivia Gregoire, then received at the honor pavilion and also greeted by an important committee of ‘welcome comprising ambassadors from friendly countries, civilian and military personalities, representatives of the French business community as well as Djiboutian citizens established in France and who came in large numbers to pay tribute to him and welcome him, the President of the Republic of Djibouti , Ismaïl Omar Guelleh, had the next day and for two days in a row busy days during which he first went, Thursday, to the headquarters of MEDEF, the business movement of France which is the main organization of French employers.

MEDEF. On the spot, red carpet, he was received by the president of MEDEF, Roux De Bézieux, and the president of MEDEF international, Philippe Labonne. After a private meeting, the President of the Republic, Ismaïl Omar Guelleh, jointly with the president of the international MEDEF, Philippe Labonne, had an extended working meeting with representatives of the French business community including Xavier Hürstel from the airport group. from Paris, Thomas Debroise (Engie), Olivier Klein (Bred), Eric Fleurisson from Bouygues Construction – Airport concessions, Eric Touvenel (Razel-Bec), Nicolas Sureau (Eiffage Infrastructures), Arnaud de Lamotte (Bureau Veritas), Lionel Derlin Zinson (founder and Managing partner of Southbrige) and Arnaud Guillois, here representing the Ministry for Europe and Foreign Affairs.

During this meeting, President Guelleh delivered a vibrant advocacy speech inviting French companies to actively participate alongside Djiboutian companies in the development of the country which offers, he said, multiple opportunities and guarantees of investment to seize, what is more and remains, he said, “the only French-speaking platform with several thousand kilometers around”.

Senate and OIF . After the MEDEF, President Ismaïl Omar Guelleh went to the Senate where he was entitled on his arrival to the honors rendered by the Republican Guard. There, he was received by the 1st Vice-President of the French Senate, Roger Karroutchi. In addition to signing the guestbook and meeting with his host, President Guelleh was invited to a lunch offered on behalf of President Larcher. This in the presence of Christian Cambou, chairman of the foreign affairs committee, Cédric Perrin, chairman of the France – Horn of Africa countries friendship group, Olivier Cigolotti, deputy chairman Djibouti, as well as Damien Regnard.

In the afternoon, the Djiboutian Head of State went to the headquarters of the international organization of La Francophonie where he was received and greeted on his arrival by the Secretary General of the OIF, Louise Mushikiwabo. After a one-to-one interview, President Guelleh also signed the organization’s guestbook.

Honor to the Invalides. The next day, Friday, the President of the Republic, Ismaïl Omar Guelleh, was greeted with honors at the Invalides, which also bears the name of “Army Museum”. He was in the company of the French Minister for Europe and Foreign Affairs, Jean-Yves Le Drian, whom he later received in his Parisian residence for a private interview. Likewise, he received later in the afternoon, after lunch at the Elysee Palace, the Minister of Defense, Florence Parly.

At the Elysee. The highlight of this official visit to Paris is the reception organized in honor of the President of Djibouti at the Elysee Palace where President Guelleh had a one-to-one meeting with French President Emmanuel Macron, followed a lunch and the signing by the two heads of state of the document entitled: Intention of declaration of mutual defense partnership.

The meeting between President Guelleh and his French counterpart thus set out guidelines conducive to strengthening the already privileged links between the two countries, which should be extended to all development sectors, particularly economic.

The 5th text is a framework agreement for scientific and technical cooperation between the Research Institute for Development (IRD) and the Djibouti Ministry of Higher Education signed by Valérie Verdier, Director General of IRD and the Minister of Affairs Djiboutian foreigners. This text was signed in the presence of the French Minister for Europe and Foreign Affairs.

The 6th text is a partnership contract between the Accor group and the Djiboutian hotel group Kamaj for the construction and operation of hotels.

The 7th text is a co-development contract relating to the hybrid solar power plant project in Obock and Tadjourah in the Republic of Djibouti signed between Ausar Energy and Electricité de Djibouti. The signatories are the CEO of EDD, Djama Ali Guelleh, and the president of Ausar Energy, Franck Tannery.

Let us recall that it was at the invitation of his French counterpart Emmanuel Macron that President Guelleh made this 72-hour official visit to France; visit placed under the sign of strengthening relations of friendship and cooperation between the two countries and the two peoples.

During this trip, the Djiboutian Head of State was at the head of a strong delegation composed in particular of the Minister of Foreign Affairs and International Cooperation, Mahmoud Ali Youssouf, the former Prime Minister and current parliamentarian and president of the group Friendship Djibouti-France, Dileita Mohamed Dileita, the Ambassador of the Republic of Djibouti to the French Republic, Ayed Mousseid Yahya, the President of the Ports and Free Zones Authority, Aboubaker Omar Hadi, the Director General from the EDD, Djama Ali Guelleh, the 1st Vice-President of the Djibouti Chamber of Commerce (CCD), Abdallah Ibrahim Abdallah, and a number of Djiboutian businessmen including the CEO of the Kamaj group, Houssein Mahamoud Robleh.

From our special correspondent in Paris: