Rising tension as Ethiopia and Sudan deadlocked on border dispute 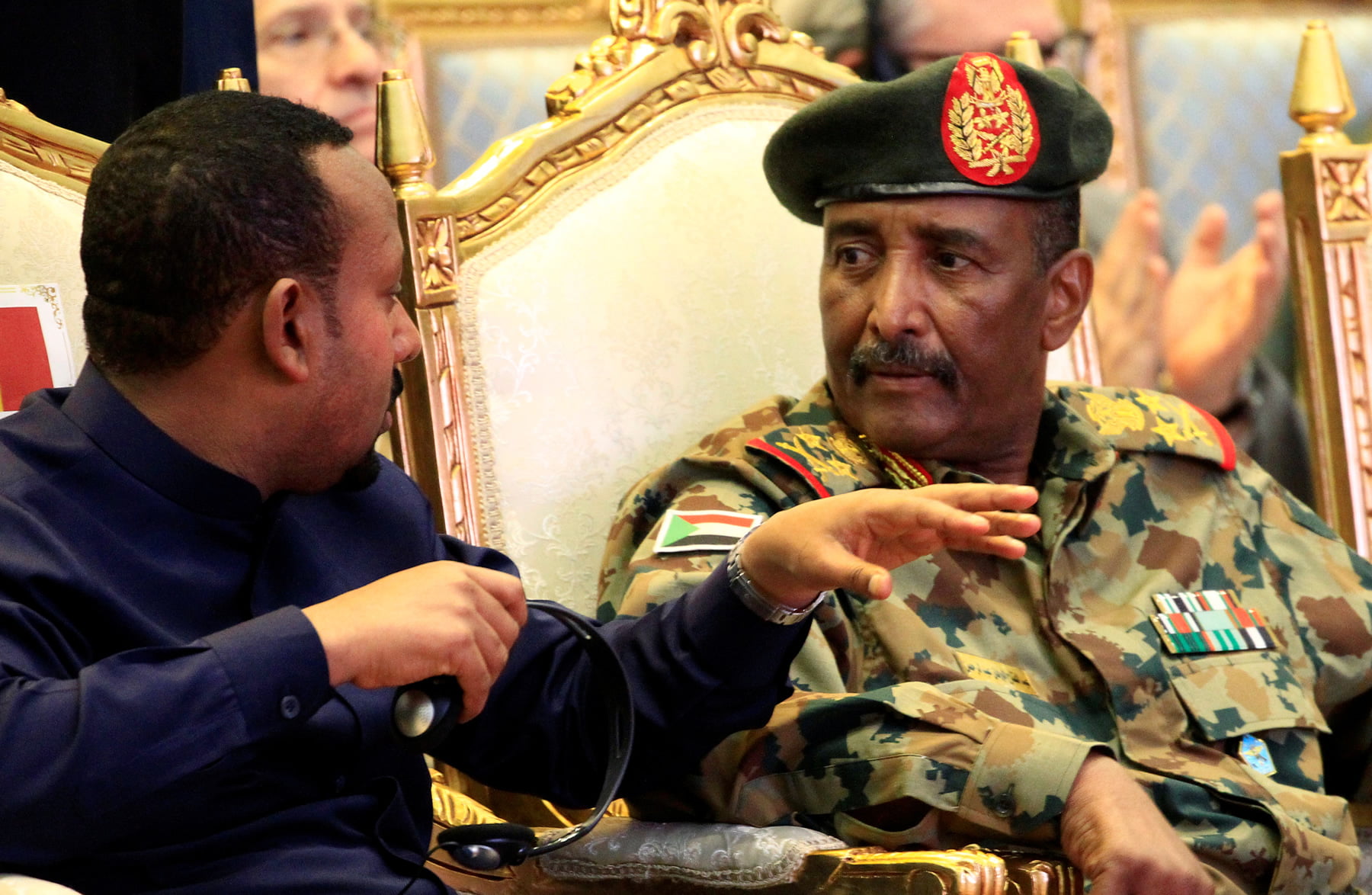 Bickering over contested farmland along the border has in recent weeks deteriorated into armed clashes.

Age-old territorial claims are threatening to embroil Ethiopia and Sudan into armed conflict, as bickering over disputed strips of farmland in recent weeks has boiled over into the most serious escalation of border tensions in years.

The uptick in skirmishes initially involving militias from the two countries saw the neighbors’ national armies intervene – and by mid-December, both countries had massed soldiers along the frontier in the al-Fashaga region.

Last month, Sudan closed its airspace over the region alleging that an Ethiopian fighter jet had infiltrated Sudanese airspace.

Al-Fashaga, where the contested farmlands at the heart of the dispute lie, runs about 100 square miles (259 square kilometres) along the joint border of Ethiopia’s northwestern frontier and eastern Sudan.

For decades, farmers from both countries have harvested crops with little care for border markings in the area amid sporadic flare-ups.

Attempts to properly demarcate the border date back to a treaty signed in 1902 between then British-ruled Sudan and Ethiopia. But the ambiguity along certain border points left the issue unresolved and demarcation has remained a sticking point between the two countries, particularly since Sudan gained independence in 1955.

The flashpoint of the recent bickering was a December 15 ambush, reportedly carried out in the area by Ethiopian militia backed by Ethiopian soldiers.

The attack is said to have killed several Sudanese military officers, and it provoked a rare condemnation from Prime Minister Abdalla Hamdok, who said on Twitter Sudan’s forces would be prepared to “repel” military aggression.

With his country already engulfed in a brutal war in its northern Tigray region, Ethiopian Prime Minister Abiy Ahmed responded with a reconciliatory call for calm. “Such incidents will not break the bond b/n our two countries as we always use dialogue to resolve issues,” he said in a tweet.

But Sudan struck back, mobilising soldiers towards contested areas and announcing that it had retaken them by New Year’s day.

“This should have been solved amicably. Sudan needs to choose dialogue, as there are third party actors who want to see our countries divided,” he added, strongly hinting at Egypt, with whom Ethiopia is engaged in a diplomatic spat over the construction of a massive hydroelectric power dam on the Blue Nile River.

Despite Sudan finding itself at odds with Ethiopia over GERD amid seemingly stonewalled tripartite efforts on reaching an agreement on the dam’s construction, Khartoum and Addis Ababa have generally enjoyed warm ties. In 2019, Abiy acted as a mediator between Sudan’s military and pro-democracy leaders in an attempt to ease the political crisis that gripped the country in the wake of the removal of longtime ruler Omar al-Bashir.

Since early November, Sudan has allowed more than 50,000 Ethiopians fleeing the country’s war in Tigray to shelter at refugee camps in its territory.

But both countries have made notable shifts in policy regarding the border dispute.

Previous Ethiopian administrations were far more accommodating of Sudan’s territorial claims. In 2009, Ethiopia’s former Prime Minister Meles Zenawi relinquished control of strips of land on the border to Sudan, as part of agreements that caused an uproar in Ethiopia when made public.

Despite Ethiopia’s concessions, Sudan’s al-Bashir made no concrete effort to militarise its border and prevent the odd raid into its territory by Ethiopian militia.

But under Abiy, Ethiopia appears to have backtracked on past agreements and could yet stake a claim for some of the coveted farmland. Sudan’s tolerance, meanwhile, has thinned considerably amid the rising tensions, which have sparked calls for de-escalation.

Saudi Arabia has reportedly offered to help reconcile the feuding parties, while UK Foreign Secretary Dominic Raab recently met officials from both sides and urged them to sort out their differences.

“The UK is a friend to both countries,” Raab’s office said in a statement sent to Al Jazeera. “We want to see the tensions settled not just for Ethiopia and Sudan, but also for the region as a whole.”

While the diplomatic community’s efforts are yet to be exhausted, Raab’s call for roundtable talks has received a lukewarm response.

“We are thankful for the mediation offers, but Sudanese forces needs to vacate our land and return to their territory,” Ethiopia’s Foreign Ministry Spokesman Dina Mufti told assembled press in the Ethiopian capital, Addis Ababa, last week. “When this occurs, we will gladly attend roundtable talks.”

Gridlocked, the two states remain perilously close to a breakout of fresh hostilities. Experts believe that domestic political wrangling in both countries might be behind their somewhat uncompromising stances. Meanwhile, the possibility of domestic political foes interpreting any concessions on al-Fashaga as weakness and the odds of provoking the ire of each country’s nationalist camp could further fuel the standoff.

“Ethiopia is reticent about the al-Fashaga crisis because it touches on Prime Minister Abiy’s grip on power and the interests of the Amhara [Ethiopian region bordering al-Fashaga], his only ethnic support base,” said Rashid Abdi, a researcher and Horn of Africa analyst.

“Whereas in Sudan, a new conflict could complicate the political transition and sow divisions. The army can use war as excuse to reconsolidate power and edge out the civilians,” he added.