What Ethiopia needs is less, not more, ethno-nationalism 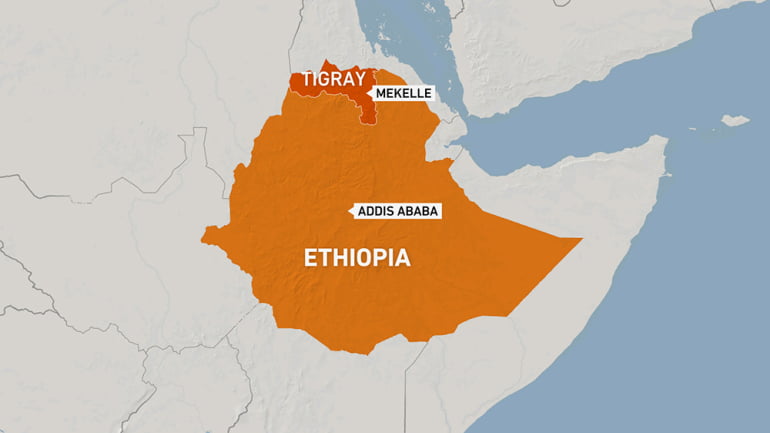 The TPLF, not the Abiy government and its allies, is responsible for the ongoing conflict in Ethiopia.

On November 29 of last year, Ethiopia’s Prime Minister Abiy Ahmed announced the end of his administration’s military offensive against the Tigray People’s Liberation Front (TPLF) in the country’s northern Tigray region. This announcement has since proved premature. Tigray’s conflict, and the consequent humanitarian crisis, continues to this day.

The TPLF, an ethno-nationalist front that dominated Ethiopia’s coalition politics for almost three decades before Abiy’s rise to power, was responsible for the onset of the conflict that is devastating the region.

The conflict started in early November, when the TPLF launched sudden, coordinated attacks on the northern command centres of the Ethiopian National Defense Force (ENDF) across Tigray. In response, the federal government immediately declared a national emergency and launched an extensive counteroffensive. With the help of militia and police forces from the neighbouring regions of Afar and Amhara, the ENDF swiftly pushed the TPLF forces back and gained control of Tigray and its capital city Mekelle in a matter of weeks.

The TPLF, however, refused to accept defeat and vowed to continue fighting. Fighters loyal to the group are still engaged in guerrilla warfare against the federal government.

The ongoing conflict has had a heavy human cost. Forces loyal to the TPLF, as well as the ENDF and its regional allies, have been accused of causing an unprecedented humanitarian crisis. Civilians have been killed and many forced to flee their homes and seek shelter in neighbouring regions and countries. Hundreds of cases of sexual violence have also been recorded and citizens in Tigray are still struggling to access clean food and water, according to the United Nations. The TPLF’s guerrilla fighters have also attacked aid convoys and road infrastructures, which worsened the humanitarian situation in the region.

While the conflict has had a devastating impact on all Ethiopians, many believe the military counteroffensives conducted by the federal government with the help of forces from neighbouring regions were justified. Indeed, had the government not responded to the TPLF attacks with force, the consequences would have been a lot worse for the country. A TPLF victory against the federal army in Tigray could have triggered an endless, bloody civil war across Ethiopia and marked the beginning of the country’s disintegration. The federal government and neighbouring regional states had no option other than to do everything they can to stop the TPLF’s aggression in Tigray before it spilled over to other parts of the country.

Despite this, some accused the Amhara and Afar states of supporting the federal effort to contain the TPLF solely due to their “ethnic animosity” against the group.

As the conflict started with aggression by the TPLF against the Ethiopian national army, which is tasked with protecting all Ethiopians and not any specific ethnic group, these accusations are baseless. Nevertheless, it is also impossible to deny that Amharas and Afars had suffered immense discrimination and abuse under the rule of the TPLF for decades and have every reason to be fearful of the group and its attempts to regain control of the country.

To understand how Ethiopia ended up where it is today, and why the administrations of Tigray’s neighbouring states did not hesitate to help Abiy’s government defeat the TPLF, we need to look at the country’s recent past.

Launched as a fledgeling fighting group in the 1970s, the TPLF led a movement that came to power in 1991 after overthrowing the Communist government of Mengistu Haile Mariam. It established a multi-ethnic governing coalition that was dominated by ethnic Tigrayans.

The ethnic federal arrangement that the TPLF established and led for nearly three decades resulted in unprecedented levels of instability, ethnic violence, displacements and countless massacres across the country.

While the TPLF put Tigrayans before all other peoples of Ethiopia, they were especially hostile to some ethnic groups, such as the Amhara.

The group’s founding political manifesto actually listed the Amharas as the number-one enemy of the Tigrayan people and called for controlling them. After rising to political power, the group unlawfully seized many traditionally Amhara inhabited territories in the north and northwest Ethiopian highlands and added them into Tigray’s administrative borders.

Since then, many Amharas have been expelled from these areas and the ones who managed to remain have been barred from speaking in Amharic and living as Amharas. Those who tried to question this discrimination and abuse have faced severe consequences, including arbitrary detention, beatings, torture and even forced disappearances and murders.

And under the rule of the TPLF-led coalition, the Amharas faced abuse not only in Tigray-controlled areas but across the country.

In particular, in the Oromia region, which was initially jointly administered by the Oromo Liberation Front and the Oromo People’s Democratic Organisation (TPLF’s partner in the governing coalition), unspeakable acts of violence have been committed against Amharas in areas such as Arba-Gugu and Bedeno.

The TPLF-led regime condemned these crimes but did nothing to stop the ethnic-based abuse directed at the Amharas or bring those responsible to justice.

Similarly, the Amharas in other regions of Ethiopia have been facing abuse and discrimination since at least the 1990s.

It was against this tragic backdrop of growing ethnic-based abuse and discrimination that the majority of Ethiopians, from multiple ethnic groups, started to protest against the TPLF-led regime back in 2015. When the Oromos and the Amharas, the two largest ethnic groups in Ethiopia, joined forces against the TPLF, they managed to topple the regime and pave the way for Abiy’s rise to power. Unfortunately, the ethnic violence targeting Amharas continued even after the fall of TPLF.

Amharas in these regions are still suffering from dire humanitarian conditions and a constant threat of ethnic-based violence.

Since taking power in 2018, Abiy has been working tirelessly to achieve national unity and to help Ethiopians leave the tensions and animosities that were created by the TPLF behind. However, the TPLF and its ethno-nationalist allies proved to be so determined to keep the ethnic divisions within the nation alive that the atrocities being committed against the Amharas continued unabated.

In Western Ethiopia, the Oromo Liberation Army, which Abiy’s regime labelled as the TPLF’s partner in crime, has been directly responsible for the kidnapping of Amhara students, massacres committed in school compounds, the burning of Amhara villages and the killing of hundreds of innocent and unsuspecting farmers in the last couple of years alone.

The TPLF’s attacks on Amhara communities continued even during the latest conflict. After the TPLF attack on the ENDF’s Northern Command in Wolkait, which was repelled by Amhara special forces, retreating TPLF soldiers and its anti-Amhara youth group “Samre”, targeted civilians in the western Tigrayan town of Mai-Kadra. Mass graves are still being discovered in the area.

The Amhara people are not any more or less Ethiopian than other ethnic groups living in the country. They have no intention to dominate the country or turn it into an Amhara-led nation. The majority of Amharas only want to live in a peaceful, united nation in which they are not discriminated against because of their ethnic identity. This is why the Amharas are being targeted by ethno-nationalist groups like the TPLF and OLF/OLA, which long for the country’s disintegration along ethnic lines.

Ethno-nationalists often claim that the Amharas want to return to the pre-Haile Selassie I era, during which Amharas had significant dominance.

Sadly, the truth is that the Amhara people as a whole never benefitted from any of the old systems that ruled Ethiopia; instead, they have been victimised by the injustices of past authoritarian regimes.

The ongoing conflict in the country is not the result of differing visions of Ethiopia’s future, as some claim, but a direct consequence of groups like the TPLF stoking ethno-nationalist tensions and rekindling historic animosities to divide Ethiopia.

The Abiy regime is far from perfect – I myself wrote articles criticising his administration. But the prime minister undeniably enacted important reforms and policies to bring all Ethiopians together and to move the country forward. Abiy is an Oromo, but he is working to further the interests of not only his own ethnic group but all Ethiopians. For this, he has been targeted by ethno-nationalists and labelled as a “neftegna” (a derogatory term used to refer to the Amhara). Even some of the Oromo region’s administrators, who have long been perceived as natural allies of Abiy, are now working against his reform and unity agenda.

To leave this devastating conflict behind and get back on the path of progress and reform, Ethiopia undoubtedly needs to embark on a national reconciliation project. Hopefully, the upcoming national election in June concludes peacefully and gives birth to such a much-needed framework. Recent atrocities that targeted civilians should also be documented and those responsible brought to justice. But even before that, what the country really needs is a strong federal government that proactively works to ensure all Ethiopians, from all ethnic groups, feel safe and secure in their own country.

The Amharas, like others who suffered immensely under the TPLF’s ethno-nationalist regime, also want a federal government that not only condemns the many atrocities they have suffered over the years but also takes action to prevent their repetition.