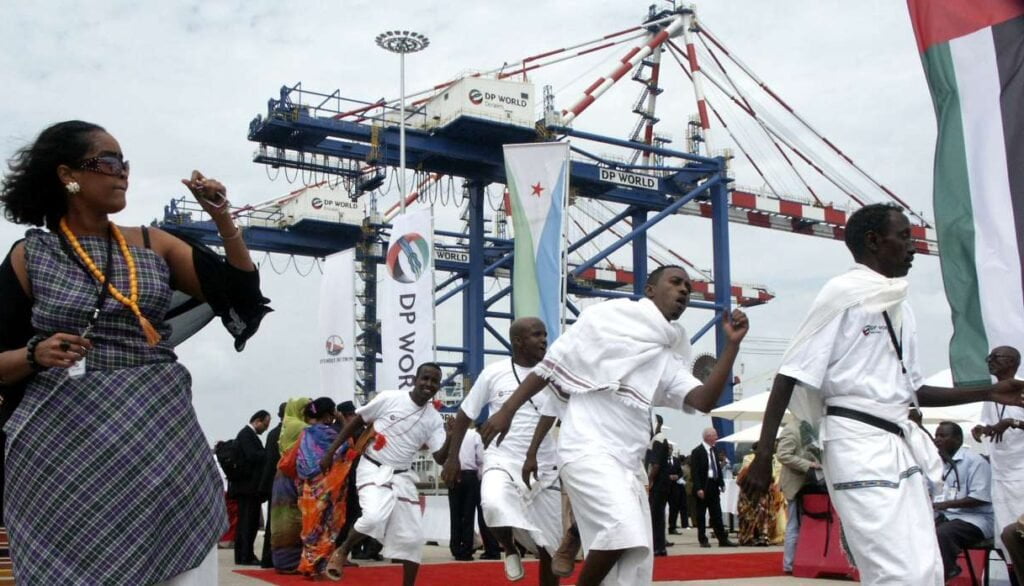 A new cold war climate has been brewing, and a look at port expansion in Africa by the UK can provide some insight into intergovernmental relations.

One of the key discussions in the run-up to the Forum on China-Africa Cooperation (FOCAC) summit is whether China is stepping away from funding large-scale infrastructure projects like roads and ports.

So it was particularly interesting to see the announcement this week of a massive new investment in African ports by… the UK. The country’s development investment arm CDC Group announced the biggest single investment in its 73-year history, in port facilities in Africa. It’s initial $320m investment will fund the expansion of three ports: Dakar, Senegal [also where FOCAC is taking place], Sokhna on Egypt’s Red Sea coast, and Berbera in the self-declared state of Somaliland. A further $400m will go into future dry ports and logistics operations.

The details of the joint venture are revealing. CDC Group’s investment will be bolstered by $1bn from Dubai Ports World (DPW). Those who’ve followed Africa-China relations for a while will remember DPW’s ongoing legal battle with the government of Djibouti.

DPW is claiming $210m in damages after Djibouti terminated its control of the Doraleh Container Terminal, in favor of China Merchants Ports Holdings. The spat followed soon after the building of China’s first overseas naval base, right next to Doraleh. This, and the Chinese-funded expansion of Doraleh from a commercial to a multi-purpose port that can also handle military vessels, triggered howls of outrage from the US military, whose Camp Lemonnier is mere miles away.

DPW took its fight to the London Court of International Arbitration, which granted it a victory – one that was promptly ignored by the government of Djibouti. The legal action continues, but the Port of Djibouti isn’t suffering. It posted a traffic increase of 30% in 2020, even as global shipping was slowed to a crawl by the pandemic.

Goods from the landlocked production centers in neighboring Ethiopia make up a sizeable chunk of this business, and DPW’s investment in Berbera in neighboring Somaliland takes direct aim at Djibouti’s share. Ethiopia’s role here is more than commercial. It has long acted as a champion of Somaliland and is a minority partner with DPW and the Somaliland government in an earlier expansion project. Egypt, fearing Ethiopian hegemony, countered Somaliland independence, which makes the presence of the Sokhna project in the new joint venture between DPW and the UK’s CDC Group intriguing.

Even more intriguing is Somaliland’s ongoing flirtations with Taiwan, which opened a Representative Office in Hargeisa last year. This drew criticism from Somalia, which opposes Somaliland’s independence. It also pushed the Chinese government spokesperson, Zhao Lijian, into a full biblical mode, promising that those who defy the One-China Principle ‘will get burned and swallow the bitter fruit.’Africa InsightWake up to the essential with the Editor’s picks.

So the CDC Group’s decision to invest in little Somaliland doesn’t only coincide with DPW’s desire to stick it to Djibouti. It also probably has some formidable backing in our new cold war climate.

As for the UK’s own role – it’s fascinating that this announcement came in the same week that French President Emmanuel Macron gamely took an earful from young Africans about France’s colonial history. This is because the CDC Group used to be known by its full name – the Colonial Development Corporation, back in the old days when Somaliland was a British protectorate.

READ MORE Ports, military bases and treaties: Who’s who in the Red Sea

Like with the CDC Group’s rebranding from colonizer into “the world’s first development financial institution” I had to wonder whether the investment was informed at all by UK Prime Minister Boris Johnson’s old lament: “The problem is not that we were once in charge, but that we are not in charge anymore.”

This article was published in partnership with The China-Africa Project.